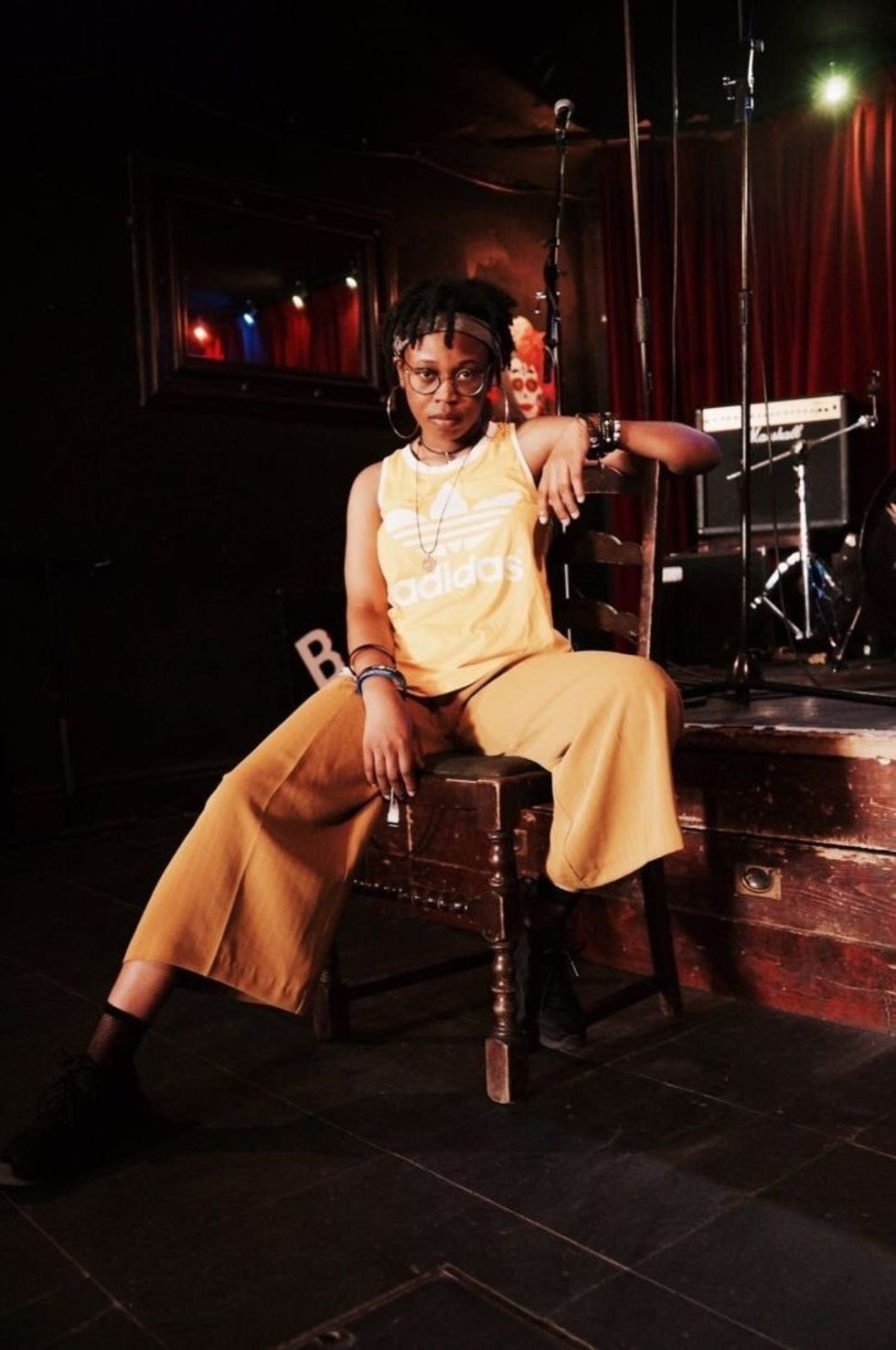 Because music in Nigeria is beyond talent, there's a formula for success.

In a dimly lit room in her home, Zainab aka Lady Donli, records music. The little room has a setup consisting of her laptop, microphone, monitors and headphones. A magazine serves as a table mat for another table beside her setup. On this table, there's a bottle of cologne, cough medicine and her notepad for lyrics and random scribbles.

Since she started out as a musician in 2013, Lady Donli has almost always recorded music in her room, carrying her equipment—a laptop, microphones and a little console—around with her. She never pays for studio sessions and only goes to one whenever a producer invites her over to work. In her production process, she only ever pays for mixing and mastering. Her mobile studio costs a little below £1000—money she saved up while in school.

Her hit single with Tomi Thomas, "Ice Cream," listed in Complex's Bout to Blow category, was first recorded in a studio and re-recorded in her room when she was a student in London. "From the beginning, I've never had to pay for making my music or promotion. I had a good network of friends that were really supportive, so I sent out emails and put my music out on social media and it just went from there."

Lady Donli represents a new, rich crop of musicians popping up in the Nigerian music space. While there are always new musicians in every market, and most new acts start out as independent and unsigned musicians, the Soundcloud generation, as they are called, is a new take on the creation and content of music. According to Folu Adebakin, the Editor in Chief of RadrOnline, "Nigerian music is one repeated phrase over a danceable beat. Music here is based on the tempo of a beat and is mostly recycled. The New Age musicians are mostly introspective, making music for themselves and then hoping someone somewhere will relate to their message."

Social media has brought forward a democratization of music in Nigeria. Now, musicians in the class of Lady Donli are gaining levels of clout that were previously controlled by record labels through their funding and networks. But it's still a huge financial investment to make music and get it to the streets.

Amobi Ohia, a stylist, publicist and talent manager, believes the playing field will never be level—not even with social media. "It costs N100,000 for good but not great studio recording, another N100,000 for mixing and mastering, and as high as N7,000,000 to make a music video. But this is where the work begins. Artists still need to make under the counter payments to get airplay on TV and radio stations. A lot of these stations constantly advertise that these payments are illegal, but with an industry churning out over 100 new songs everyday, the odds of getting your song selected is very low."

This is where Lady Donli has been able to excel. Because the Soundcloud generation in Nigeria is pretty young, they exist within a community backed by media companies like Pulse Nigeria, Native Mag, Lucid Lemons & More Branches helping push out music as soon as it lands.

But Nigeria's reality means that most new artists can't save up for expensive equipment. Edwin Madu, a Fintech consultant and musician that goes by the moniker Dwin, The Stoic could not save up for a home studio. Instead he got a job and started saving to record a song a year. He started in 2014. "I have been writing songs for close to a decade and [I] have been scared or too broke to do anything about it except record like one song a year." While he is looking forward to a chance to help offset the production costs attached to making music, he is not particularly excited to have his music censored by a record label because "Nigeria might not be ready for [his] music. Unless you're making music that's for the club, you're not seen as making music for the Nigerian market."

"I have been writing songs for close to a decade and [I] have been scared or too broke to do anything about it except record like one song a year."

But Nigeria has shown, especially recently, that it's ready for music that is expressive and introspective away from the regurgitation of dance-themed records. "Musicians like Donli, Olu, Davina and Fasina share fans and it's a community of artists supported by a growing crowd of Nigerians that are on social media and get them," Segun Akande, the producer of Loose Talk a podcast about Nigerian music, explains. According to him, the new wave of musicians making the music different to the Nigerian sound are creating their own markets that did not previously exist. "While arguments might be made that these guys can't cut it in mainstream Nigeria, Odunsi and his Universal music group deal has shown that their music is here to stay and will be especially very profitable. The bulk of the listeners of their music comes from places like New York and London," Segun finishes.

"But Nigeria is not developed enough for niche music. We have had a lot of musicians doing amazing music like what the new kids are doing but have not been able to keep up especially because of the economics of music," Joey Akan, music editor for Pulse Nigeria, explains. "There's a reason Nigerian music is the way it is and other people had to cross from R&B into the shaku shakusound. The majority of the Nigerian public doesn't want to listen to your music that talks about your struggles and pain," he finished. While he believes the new school of Nigerian music is essential, commercial viability in their music might not work out.

But things are changing in Nigeria. Platforms like Taruwa in Bobogiri, Lagos are offering open-mic nights to new artistes. The Rhapsodies of Art concert organised by Israel Afolabi—a filmmaker in Lagos was the debut of Dwin, The Stoic's "Are You The One" and Celeste Ojatula's "Black." Offline events are coming up for indie musicians to gather a fanbase in Lagos.

Beyond record and album sales, some musicians have been able to hack finances. In December of 2017, new comer Nonso Amadi held his concert in Lagos. Lady Donli & Olu performed at the Palmwine Music festival organised by music duo Show Dem Camp.Native Land organised by Native Mag in December 2017 was headlined by Skepta and Burna Boy but featured a lot of alternative musicians. Because the music buying Nigerian public might be moving away from traditional channels to outside spaces and concerts, the niche music that's made by these new entrants into Nigerian music might just be here to stay. And if Nigeria does not "get" them, there's always the rest of the world.