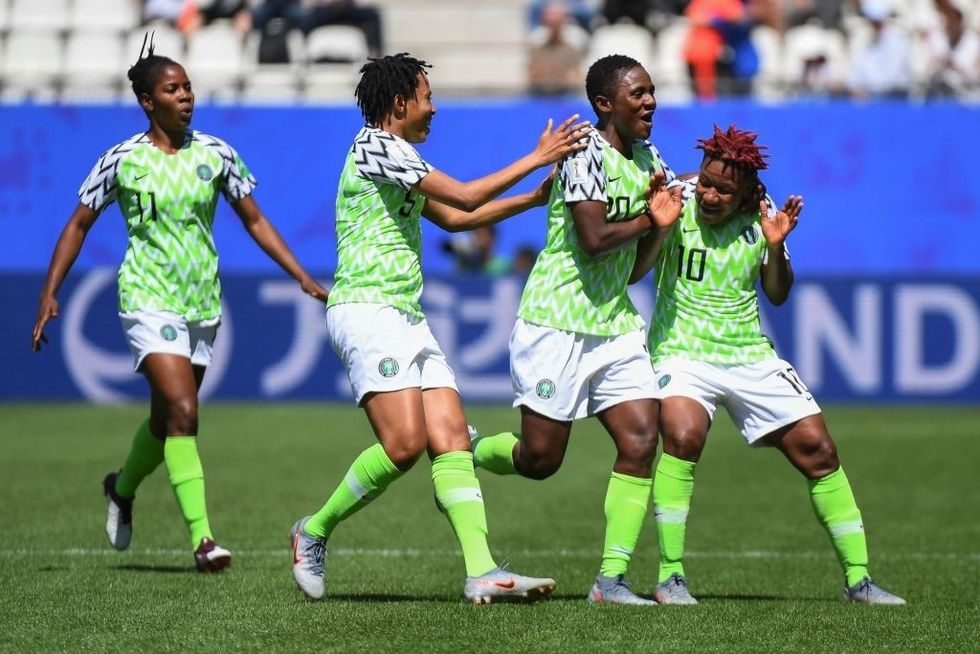 Nigeria's players celebrate after South Korea scored an own goal during the France 2019 Women's World Cup Group A football match between Nigeria and South Korea, on June 12, 2019, at the Alpes Stadium in Grenoble, central-eastern France. (Photo : JEAN-PIERRE CLATOT/AFP/Getty Images)

The Super Falcons secured a 2-0 win against South Korea.

After suffering a loss to Norway during their first match over the weekend, the Super Falcons won 2-0 against the South Korean team in a Group A face-off on Wednesday. They earned their first goal after South Korea's Kim Do-yeon scored an own-goal, putting Nigeria in the lead in the game's first half.

The winning goal was scored by 24-year-old Nigerian forward and former Liverpool player, Asisat Oshoala who led a skillfull counter-attack to claim the win for Nigeria.

"At first, I think we were a little bit scared of losing and going out," Oshoala said in a post-game interview. "But after a while we just decided to go for it. I always say that I'm never under pressure -- I just go on the pitch and do my job. It's an 11-player game and I just look to enjoy the game, have fun and do the right thing for my team. The group is wide open now. We just have to concentrate now on making sure we get the points we need against France."

Next, the Super Falcons will face the Cup's host-team in order to secure a spot in the knockout stage. Check back for more updates as the 2019 Women's World Cup continues.