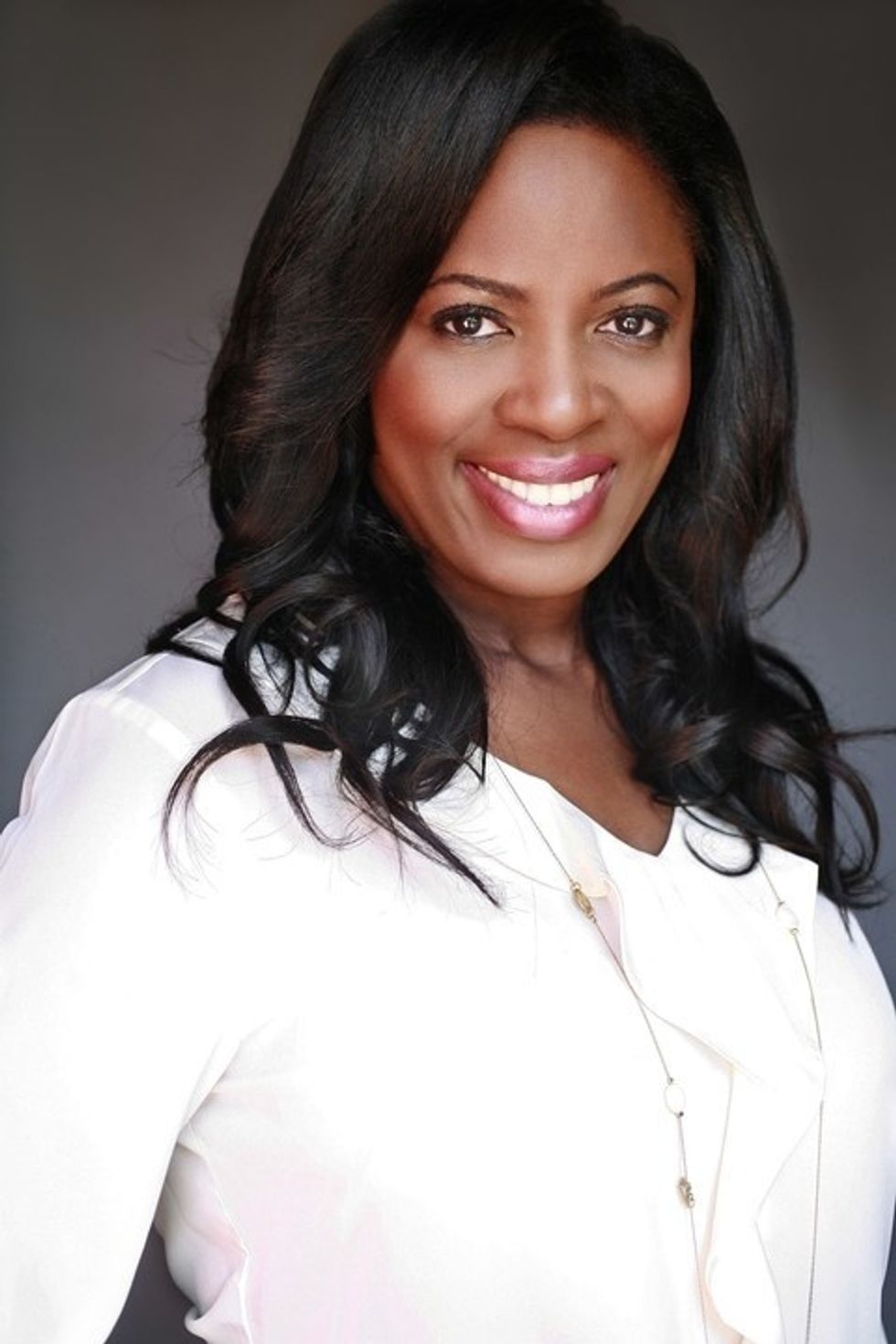 Marvel's Black Panther is already on the brink of being a blockbuster, as it already broke box office records within the first 24 hours of it's pre-sale. Beating Captain America: Civil War's record in 2016, Fandango reports results from a user survey, stating Black Panther was 2018's second most-anticipated movie after Avengers: Infinity War.

One up-and-coming actor who will star alongside Lupita Nyong'o, Chadwick Boseman and Michael B. Jordan (to name a few) is Sope Aluko. Come February 16, we'll see the Nigerian-born actor play 'Shaman' in the film. Her previous credits include recurring roles on Netflix's “Bloodline," NBC shows “Law & Order SVU" and “Parks & Recreation" and guest appearances on USA Network's “Burn Notice" and Lifetime's “Army Wives."

Her film credits include supporting roles in feature films including Identity Thief, 96 Minutes, Grass Stains, The Good Lie and more. Raised in the UK, Aluko studied acting at the London Academy of Music and Dramatic Arts (LAMDA) and the Royal Academy of Dramatic Arts (RADA). Aluko speaks four languages, including her native language, Yoruba, French, and Bahasa, an Indonesian language.

We sat down with her to learn more about how she landed a role in this huge blockbuster movie.

Ezinne Mgbeahuruike for OkayAfrica: How did you land your role in Black Panther?

Sope Aluko: A local casting team requested me for a major role but I didn't get it. I auditioned four times and I had to be humble and try for a much smaller role because I wanted to be a part of the project. They kept interviewing me for different roles, so I was very happy to see that I was highly sought after. The casting directors made me feel very warm after a 5 minute ice breaker about my name. They honored the Nigerian way of saying it which made me even more comfortable auditioning.

Talk to me about your role in the movie?

I play a critical role by the name of Shaman—I can't say too much about my character. I know it doesn't help but it's all part of my contract.

How has Hollywood treated you as a Nigerian actor?

Things have shifted for the better. For quite some time, for an African actor, it was difficult. It seems as though the stories were not being told in a way that it should be. Hollywood had the version of Africa they wanted to present and package to the world and it looks like they've since changed then. Directors are now more open to casting real africans with real accents from different parts of the continent, so that's very reassuring. Notable names like Yvonne Orji, Lupita Nyongo and David Oyewole have made it easier for those coming behind to break in. It's cool to be Nigerian these days so it's a great time for actors in Hollywood because it feels like it's all finally happening.

How was it working alongside such heavy hitters like Lupita Nyong'o, Michael B. Jordan, and Forest Whitaker?

It felt very familiar and like home. We had early call times but I didn't even feel the long set hours because it was such a good time. I didn't feel like I was amongst stars, everyone was so down to earth and normal. During breaks we shared our testimony of how we got to where did and most of the people were testifying to God's miracles, it was almost like church.

What advice would you give to African creatives trying to break into the industry?

Go for it. But make sure you have plan B. I was working in corporate America after completing my MBA in marketing and branding. I studied the industry from the back-end while taking acting classes on the side. I was committed, which goes a long way when things don't always go according to plan. I think knowing the business is important—study who the players are and how it all works. Within the creative space, it's a marathon not a race. Learn from the mistakes of others and don't expect too much too soon. Treat the business with respect.

How do you feel about the movie's impact on sales?

Excitement and joy. It was a confirmation of something I already knew, which was that this was bound to a great movie.

Can you name some actors who inspires you?

I want to be a part of a Nollywood directed, produced, written and distributed film that is shot in Hollywood. I'm putting it out into the universe.