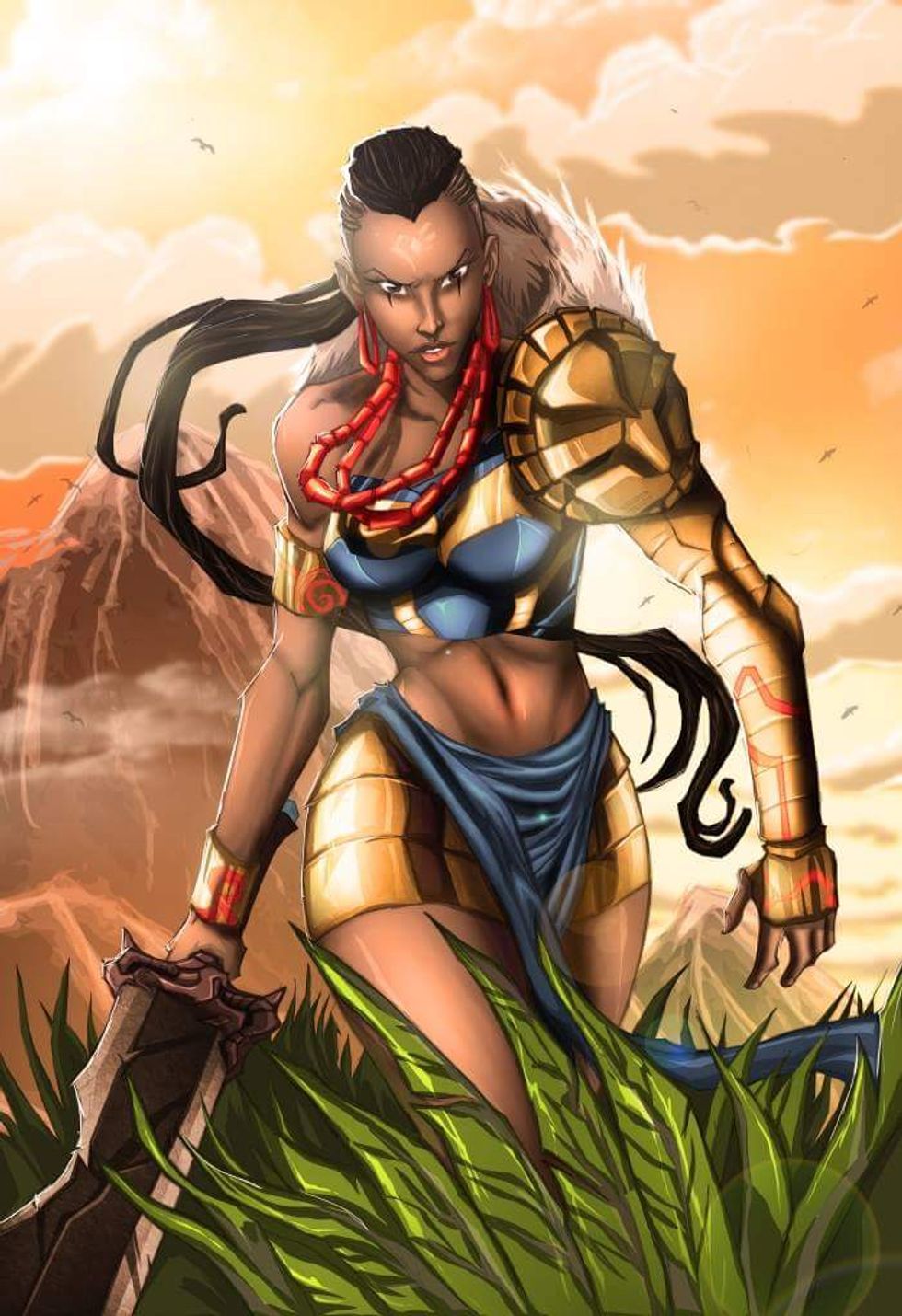 Bidemi Ogunde aka Ireti got her powers when she was attacked by a scourge at the national museum in Lagos. Artist: Michael Balogun aka The Balox. (Image courtesy of Comic Republic)

Meet Comic Republic, the Lagos-based startup that wants to promote the growth of Nigeria's comic industry with their uniquely African superhero stories.

At the time of their launch in 2013, the platform's now 37-year-old CEO Jide Martin and his team felt there were few quality comics coming out of Africa, as well as a decline in the reading culture of comics on the continent. Thus, they founded Comic Republic with the intent of creating high-quality art and intriguing stories they hoped would encourage a comic-reading culture.

They also set out to inspire a positive movement. "We believe in the power of stories," says the company's head of marketing and corporate communications, Eduvie Oyaide. "Sometimes, people struggle with acceptance of who they are. With our stories, we want to reprogram the values and beliefs that drive behaviour among individuals. We want to inspire people to believe they can be so much more than they think if only they believe, we want to drive them to believe they have the power to influence their future."

So far they've produced six major titles and over thirteen editions, all of which are available to read for free online.

"Some of our stories are focused on entertaining the audience, while others will include phrases that inspire you to think deeper about self worth," writes Oyaide. "We drive the message - we can all be heroes and we are all guardians, guardians of our future." In that same vein, their flagship character is 25-year-old Nigerian Tunde Jaiye, otherwise known as Guardian Prime.

The 'Vanguards' series has been likened by some fans to "Africa's Avengers." (Image courtesy of Comic Republic)

Their Vanguards series features all of their superheroes together in one comic, and has been likened by some fans to "Africa's Avengers." According to the company's Chief Operations Officer/Creative Director Tobe Ezeogu, it's a movement that doesn't just include fighting bad guys and saving the day, but rather, shows how these likeminded individuals came together to fulfill theirs dreams for a "better safer Africa."

More recently, Comic Republic has been focusing on female action heroes. There's Bidemi Ogunde, an archaeology student and excellent gymnast at the University of Ibadan who got her powers when she was attacked by a scourge at the national museum in Lagos.

The idea for the half-Nigerian, half-Venezuelan character Aje (Yoruba for "witch") was conceived when the series' creators found themselves wondering how a woman selling Akara on the streets in Lagos sold her goods so fast. "What if this lady had some secret spell and was bewitching everyone to increase her chances of selling her goods?" they asked.

Of course, these are just a few of the female superheroes in the Comic Republic universe.

But why did the platform want to focus on women superheroes? "The question should be why not," exclaims Oyaide. "There are not enough of them." She adds, "with Jade Waziri, you see a stern commander who studies the activities of the heroes and ensures they are kept in check, then you see Aje, a female witch who needs to learn how to control her powers and use them for good or evil, you see Avonome, created out of a desire to teach more about the Nigerian culture using African fantasy; there is Ireti also of African decent and Jazz, a new character who joins a group of young teenage university graduates (The extremes) in the quest to fight crime."

"These stories promote our culture," says Oyaide. "[They] focus on the inner strength of a woman and also promote subtle values and catchy phrases."

"There is a lack of female heroes in the African scene in general," adds Ezeogu. "Girls don't have heroines to look up to these days, rather they have celebrities of questionable character. What you end up with is a generic stereotype of the female gender. Girls are seen to others as delicate roses, and we say yes, females are roses, but roses have thorns and roses are tough not delicate. We wanted female characters that would become icons to the African girl growing up to give them something to aspire to that they too can be heroes and it's not an all male field."

Avonome's power is the ability to see spirits. (Image courtesy of Comic Republic)

Jazz, a new character who joins a group of young teenage university graduates in the quest to fight crime. (Image courtesy of Comic Republic)