Nigerian High Schooler Gets the Best Gift for Graduation—His Mom 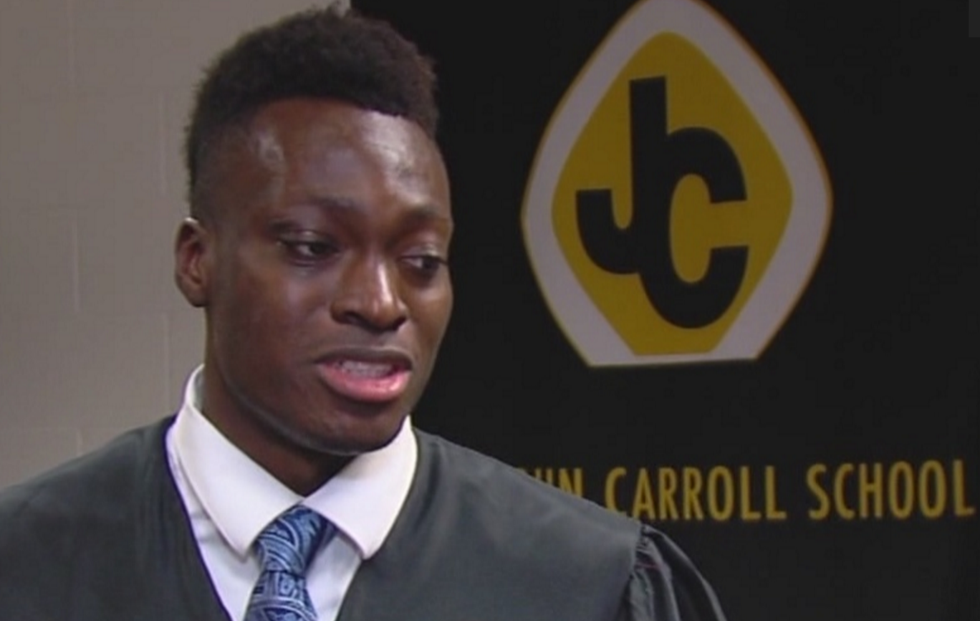 ‘Tis commencement season when graduates from around the world receive their diplomas, turn their tassels, and receive hugs, kisses and congratulatory words from family and friends.

Though Mike Tertsea, a graduating senior from Nigeria studying abroad at John Carroll School in Bel Air, Maryland, thought he would have to forgo the latter since his only immediate relative lived a continent away.

That’s until he received a surprise gift—his mom.

Tertsea’s classmates raised the money to fly his mother Felicia Ikpum 12-hours from Benue State, Nigeria and cover the costs of her visa—costing a total of $1,763—so she could witness one of her only child’s biggest milestones.

“I was really, really surprised. I didn’t expect my own friends and classmates to extend this helping hand,” Tertsea says, sporting a wide grin, ABC 2 Newsreports.

It had been four years since Tertsea left Nigeria as a freshman to study and play basketball in America. And when he reunited with his mom, whom he had only spoken to by phone during that time, she could barely recognize him.

When Tertsea’s classmates fell $500 short for Ikpum’s trip, his class co-advisor Carrie Siemsen rallied faculty and staff over email to kick in the remaining funds, according to The Baltimore Sun.

“God bless them. I thank them so much. I don’t know what to say, but God Bless them.” Ikpum says of her son’s school’s gesture.

After graduating, Tertsea plans to attendUniversity of Rhode Island where he is considering studying economics or business management.