Laitan's Story: Spare Me Your Outrage Over Libyan Slavery 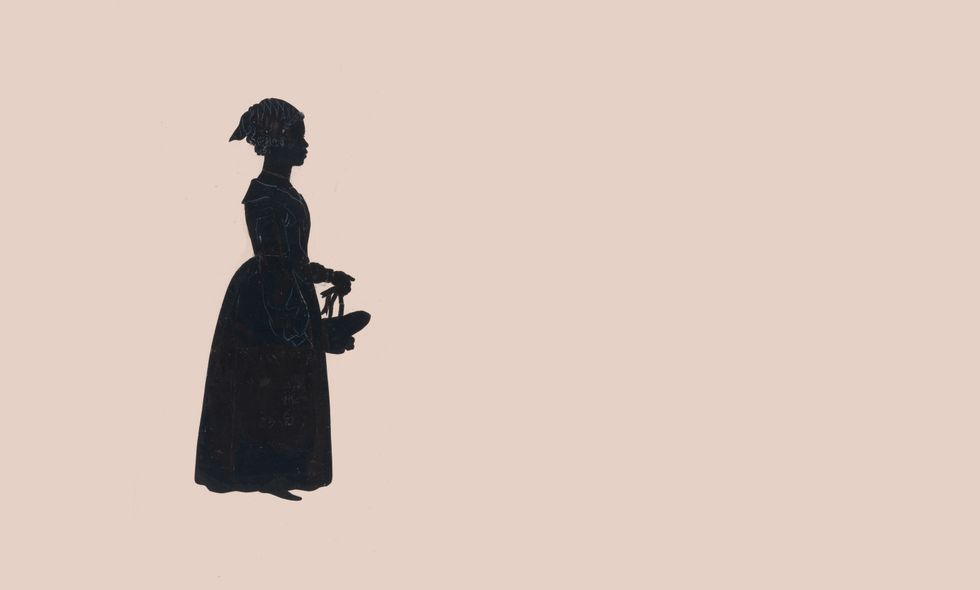 Nigerian novelist Elnathan John points out the hypocrisy of those who would condemn slavery in Libya while ignoring it in their own yard.

If there was someone whose life at once confounded and saddened me, it was Laitan's. In the low cost housing complex of my adolescence, in flats connected in rows by low fences with rough plaster finish, conversations scaled over walls and secrets across fences.

Laitan was not the biological child of the family she lived with. She was the youngest and had to do most of the chores both for the parents of the household and for their older children. Many nights every week, when she did not deliver with the perfection that was demanded, sticks found her flesh and bones—they sold firewood and had plenty—and she screamed herself hoarse: Edakun. [I am] sorry. In addition to this hobby of the matriarch she also planted maize (and to our delight as teenagers, some tobacco). Laitan had no friends, no visitors, no leisure moments, except perhaps, for when she was alone at home. It used to horrify me, but then I got used to her screaming for mercy when the sticks smashed against her body.

This is not uncommon in Nigeria: relatives sent away, often from villages to perform domestic labour for slightly less poor kin in the cities. Sometimes, they are not relatives and a friend of a friend makes the connection: an underage girl who will spend most of her waking hours cleaning and washing and scrubbing and cooking and caring for children, sometimes not too much younger than she is. She is often easy to recognise, set apart from the organic family: hair shorn, clothes wrinkled or old, hand-me-down shoes.

I read of Nigerians, Europe bound and unable to pay their smugglers, sold into slavery, forced to perform hard labour, on construction sites, in farms, in houses under the threat of torture or death. Worse, I read of women who, while experiencing similar conditions, had to also face rape at the hands of multiple rapists. I saw the swift condemnations of Nigerians, felt the shock rippling through Nigerian waters, that black people, many of them Nigerians, were auctioned off into slavery by armed Libyans. What I did not immediately read, was the stories of the Nigerians and Ghanaians and Senegalese who were also involved in buying, selling and reselling black bodies in Libya.

For a quick moment I wondered if there was something wrong with me, for not feeling this outrage against "Arabs" or Libyans, this outrage against racist people, this desire to demand that the Nigerian government together with all other black governments send delegations and outrage and demand the release of all our black captives. And all I could think of were the Laitan's of Nigeria. Enslaved. Chained. Brutalised. Forced to perform endless labour. Many times having no access to education or proper health care.

I thought of the Laitan's who are illegally made to submit to having blood samples taken from them for HIV and other blood tests by their supposed guardians or "employers." A colleague once told me about testing a young maid who worked for her and when I asked if this was legal, she was more concerned about the health of her young child than she was the legality of the testing. Nigerian law makes requiring an HIV test as a precondition to an offer of employment illegal.

I wonder what the real difference is, between a Laitan—trafficked locally, who suffers beatings, does hard labour from dusk until dawn, is made to do an HIV test without her consent, cannot have friends, does not go to school, cannot decide to quit without adverse consequences—and a person who is enslaved in Libya while trying to get to Europe or trafficked internationally.

I read the response of a middle class Nigerian who, deeply uncomfortable with my categorisation of Laitan as an enslaved person, cautioning me not to refer to the persons like Laitan's guardians as people who keep slaves and wondered: is she perhaps thinking of the girls and servants in her own home, shorn heads, without liberty or rights? Is one type of enslavement worthy of outrage and hashtags and not another?

I recognise the extreme dysfunction, occasioned by political chaos in Libya which has allowed for vast swathes of ungoverned spaces where slave auctions and the practice of slavery can subsist without challenge. It is horrific and highlights the need for economic and political stability in the countries from which these exploited and enslaved persons flee from. As horrific as the enslavement in Libya is however, it is only one type of slavery. According to the National Crime Agency, Nigeria is the third most common origin country for slavery victims in the UK. Some say as many as 800,000. I wonder, if we could count, how Laitan's exist inside Nigeria. Quietly suffering, praying (the one thing they are allowed to do freely) for succour, for release.