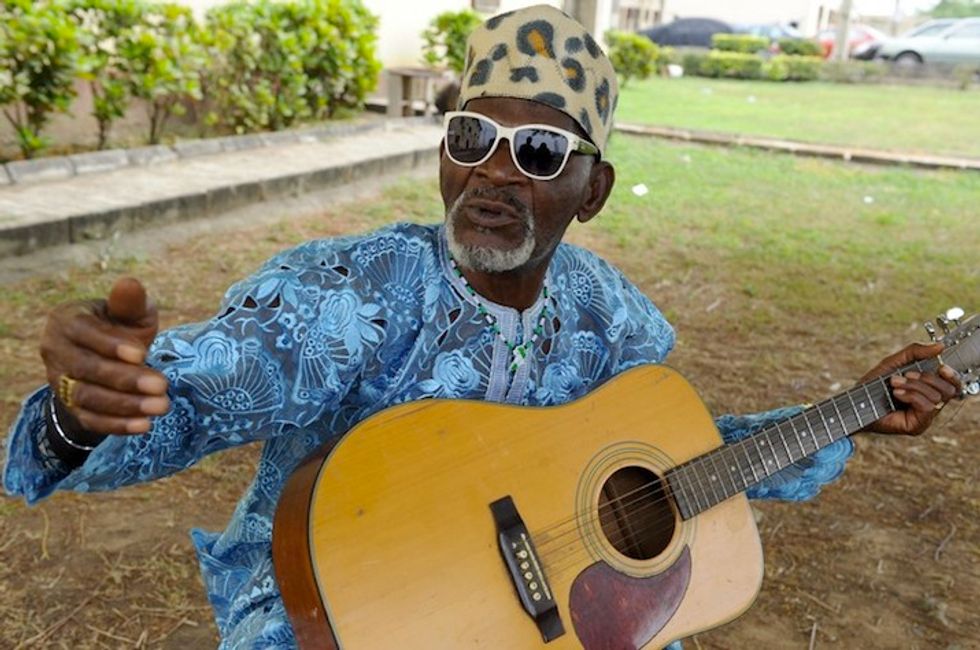 Fatai Rolling Dollar, legendary Nigerian musician passes away at age 85, we have complied his greatest hits.

Following recent news of his hospitalization, Nigerian music legend Fatai Rolling Dollar, formally known as Fatai Olagunju, passed away yesterday at the age of 85. Famed for the track "Won Kere Si Number Wa" ("They Cannot Match Us"), Fatai's fusion of the agidigbo thumb-piano with broader traces of highlife and Latin themes influenced the likes of Fela Kuti, King Sunny Ade and many other West African musicians. Fatai disappeared into obscurity until owner of Jazzhole, Kunle Tejuosoreignited interest in him and other musicians of his generation. Stream some of our Rolling Dollar favourites below. RIP.

"She Go Run Away"