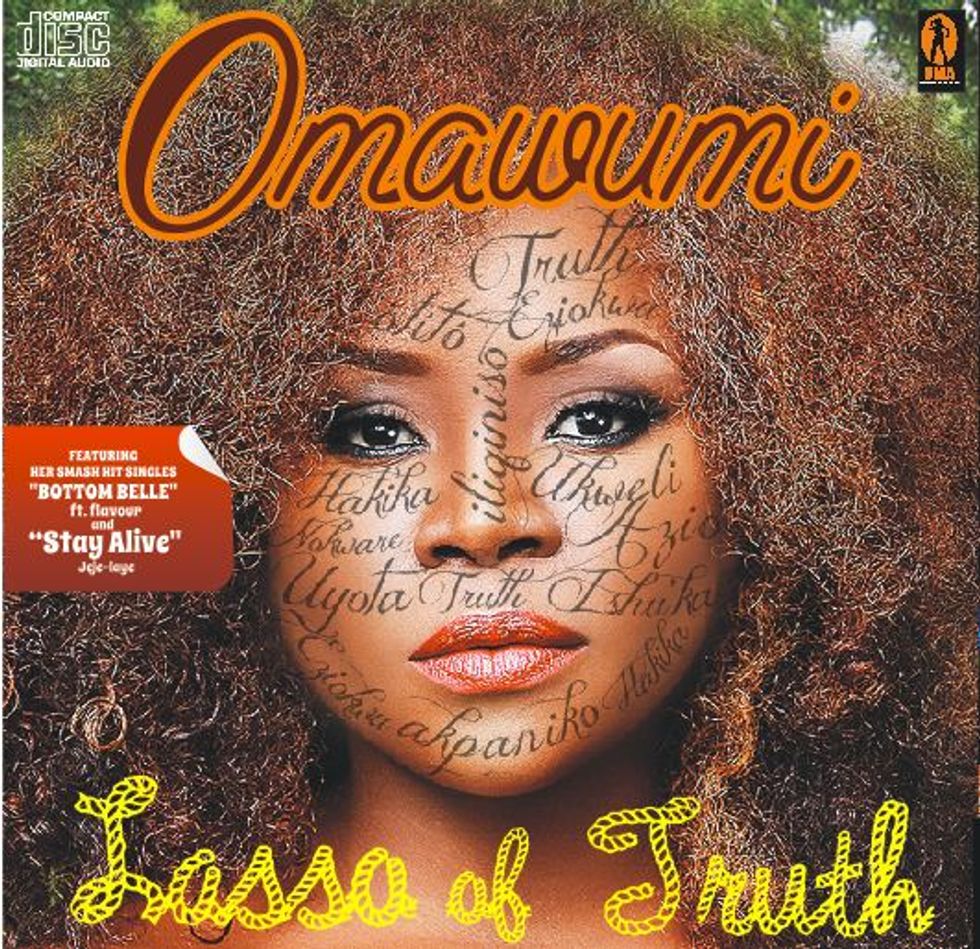 The last time Omawumi dropped an album was in 2009 when she released Wonder Woman. She was fresh from Idols West Africa and was still trying to make a name for herself in the Nigerian music industry. Today, Omawumi is one of the top female artists in Nigeria. She proves she's made a name for herself with her latest album Lasso of Truth (available for download now from iTunes).

The title of the album comes from the weapon used by DC Comics Character, Wonder Woman (the name of her previous album) that forces whomever it captures to tell the truth. With this album, we can see that Omawumi is trying to let us into her truth and the different things that make her the woman that she is. From Jazz to R&B to Reggae, Omawumi explores different genres and sounds to create music that anyone can relate to. From talking about social issues in "If You Ask Me", to talking about the importance of training a child well in ‘The Best You Can Be’, this album is definitely a must listen.

1. "If You Ask Me" - This is the perfect song to start the album. Anyone who follows Nigerian music is familiar with this song and will easily warm up to the album. This song deals with the issue of child abuse and is influenced by the Motown sound of the 70s and 80s. Produced by Cobhams, the song is an instant favourite.

2. "When The Boss Is Coming (Actor Sef Dey Run)" - Influenced by house- electro-pop sounds, and takes a little bit of getting used to. This track explains the common saying, “when life throws you lemons, you make lemonade”. The song preaches the gospel that no matter what happens, dust yourself off and try again.

3. "The African Way" - Produced by Don Jazzy, this track is a tribute to Africa. It's a song of encouragement to Africans and a message to Non-Africans to watch out… Africa is coming.

4. "The Best You Can Be" - This song is an instant favourite. This “Afro-Pop meets Rock” jam is dedicated to her mother and daughter. She thanks her mother for the way she raised her and assures her daughter that she will raise her the same way.

5. "I Go Go" - Another song by hit maker Cobhams. This is one reggae song that non-reggae lovers will enjoy. Here she tells her lover that if he does not love her right, she will leave him. This track has very chill vibes.

6. "What a Bang Bang" feat. Tuface Idibia - Here, she teams up with Tuface and Oscar Herman Acker to talk about the political issues in Nigeria. She says “dem dey claim diplomatic immunity, on top all the evil political ingenuity and dem people dem using spirituality like a mask to dey hide their anxiety”. Tuface also delivers on the song but Omawumi owns the track.

7. "Personal Race" feat. Timaya- This is another infectious afro-pop song. Here she teaches an important life lesson. Omawumi preaches that everyone is on a different path and that no one should try to be like her.

8. "You Must Love Me" - This is the only track on the album that was not written by Omawumi. In this song, she belts out that her man must love her. Omawumi’s vocals are on point in this song. Perfect chill-out song. Ladies, you can dedicate this song to your boyfriend/husband - trust me, he will love it.

9. "Warn Yourself" feat. Wizkid- Omawumi teams up with Wizkid on this infectious party track. Honestly, I do not see the point of Wizkid on this song because Omawumi makes this song awesome all on her own. She tells the guy that she knows he is feeling her but he cannot handle her.

10. "Stay Alive" (Jeje Laiye) - Here, Omawumi tells us that everyone has one life to live and that it's important to stay alive above anything else. Easy breezy track, might also take a bit of getting used to.

11. "Belle" feat. Flavour- A remix to the classic "Bottom Belle" song, the track opens with Omawumi and her daughter singing the hook of the song (so cute). Another infectious dance track on the album, the song is an instant favourite.

12. "Life Goes On" feat. Afay- The album ends with a soulful duet with Afay. Think of classic R&B duets over the years. Amazing song and a perfect way to end the album. Another instant favourite.

They say what is worth doing is worth doing well and Omawumi has done something extraordinary with this album. She has created a work that is not only relatable but also entertaining to anyone who is a lover of good music. Buy the track on iTunes here.

The 10 Best African LGBTQ+ Films to Watch This Pride Month