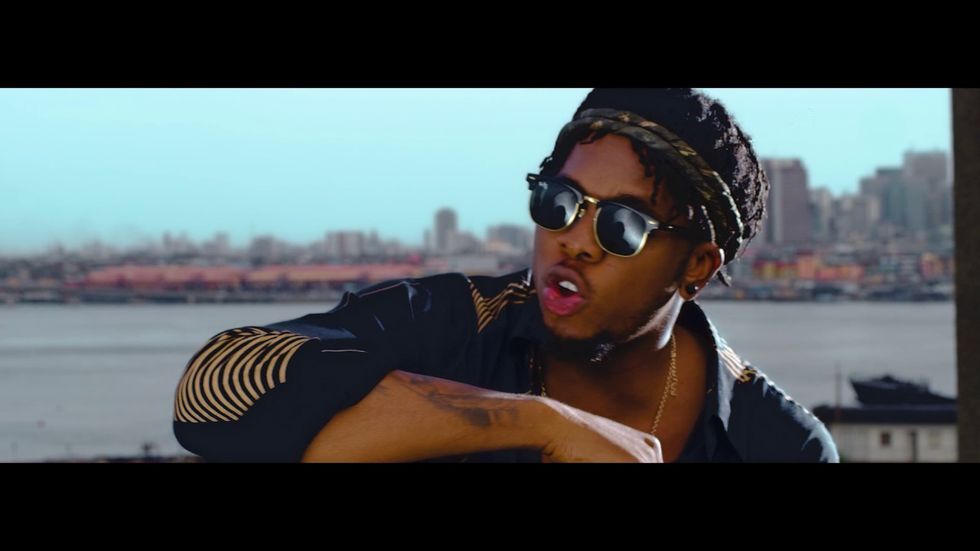 Get to know 'Pon Pon,' the new sound that's been dominating Nigerian airwaves.

In an earlier study of the 'Pon Pon' sound which has taken hold of Nigerian pop, we examined the composition of the musical style and the possible reasons why it's so loved by its fans.

In this new round-up, we'll take a look at the notable releases which, for different reasons, have characterized Nigeria's adoption of a direct import from the wellspring of Ghana's musical soundscape.

'Pon Pon' is an onomatopoeia for the pair of percussive synth, "pon pon," and a distinguishing feature on these songs. A feature that's nonetheless varies depending on the producer, the myriad of instrumentation that could be used and by the writing and signing approaches each artist brings their song.

Read ahead for our 10 Songs That Define Nigeria's Pon Pon Sound.

He may not have invented the sound or produced the beat but Tekno, along with Krizz Beatz can claim to have ignited the 'Pon Pon' craze when they made "Pana."

His soothing melodies on a soothing beat would have made for a good song, but his tender and attuned writing is what has made it memorable and a great sing-along which has become a template of sorts for later iterations, typified by heart renderings to a lover; outlandish promises "we go drive around for my Porsche"; and clutters of unintelligible words "dibi daba diba dobo / araba dibidaba debaba"; as well as intelligible but clunky ones that rhyme "Lagbaja, Fagbaja, gwagwalada".

Only a big personality with a big ego like Davido's could make a stamp on an already established template strong enough to make it seem it was his idea all along.

"30 billion for the account" may be the highest figure any artist has claimed on any song, thereby shadowing the other attributes that made "If" a hit song, all drawn from the 'Pon Pon' Playbook that is "Pana."

"Fall," the follow-up release, could be seen as "If" redux, though on its own is a perfectly fine song that has spawned another popular catchphrase—"banana fall on you." To do that twice in a year is to show the huge cultural cache Davido has built with the listening public.

Rather than deploy her own clutter of rhymes or alliteration for the verses on "Weekend Vibes,"

Seyi Shay has chosen to make it the bulk of her chorus, layered with mouthed instrumentation one might recall from "Shoop" by Salt-N-Pepa and it's a success.

Shay's approach to afropop is to be on trend but radically different, an observation she agreed with in a special interview to launch her last big single "Your Matter" back in August. Her brand of sexy can be heard in her clean and feathery singing voice but it manifest itself the most in her high-minded videos.

Wizkid dropped the two loose singles "Medicine" and "Odoo." Both are produced by the mercurial Masterkraft,whose lucrative line in "Pon Pon" production continues to impress as well as it soothes.

Releasing one "Pon Pon" based song would have put away any doubts Wizkid isn't clued to what's in on home turf, dropping two gems is a stunt-move that reaffirms his genius.

Runtown is a sound god. This was made clear on his debut album, Ghetto University, which showcased an unmatched ability to retool and repurpose diverse soundscapes and languages like South African house music, Bollywood musicals, Igbo trap, Hausa traditional music, galala, and Nigerian reggae-dancehall.

With this in mind, the genius he brought to "Mad Over You" is no surprise. But what really excites is how well he and Del B a have distilled a signature sound from Ghana, blending in Runtown's enviable pop sensibilities for well-judged hooks and the catchiest melodies all combined to make an absolute delight of a song.

To these and many other ears, "Gaga Shuffle" by 2Baba is a brilliant song and any tide against it could also be a tide against older artists adopting new fads. 2Baba goes a step further than most "Pon Pon" songs by incorporating the "gaga shuffle" dance in a video that seems to promote clean living—unless that's just how middle age men are at house parties.

There's some anarchic delight in hearing the elder (and vital) statesman using the word "fucking," though from the way it's stressed it's not clear if it's to emphasize the swearing or to reduce the bite. Still, this one's a brilliant song.

Younger artists also take flak for jumping on the "Pon Pon" bandwagon, especially when they're yet to carve out a musical identity. Mayorkun suffers even more because his recent song "Sade" has a close resemblance to "Laye" by Kiss Daniel which premiered as an Okay Africa exclusive back in March.

"Mama" employs humorous Nigerian-isms "your Mama born you well" and memorable clusters of words "I want to know who be who / you go chop belle-full / where are you Scooby Doo / most of your friends na balloon / malokprejete."

If they lyrics read like an uninspired retracing of the proven "Pon Pon" formula, just know that it's Mayorkun's melodies that win you over; they're further helped by Kiddominant's soothing confection and made even more pleasing by the electric guitar common to highlife.

Tiwa Savage's singing straddles Spellz'soothing beat while Starboy Wizkid sprinkles stardust on a most satisfying song. Both Savage and Wizkid combine delicious melodies urged by the soothing pianos as well as Savage's memorable phrasings that don't mean much "robo ske ske, robo yes ske" right off the 'Pon Pon' playbook that is "Pana".

Falz's own 'Pon Pon' entry sounds like a dope rehash of Seyi Sodimu's "Love Me Jeje" by a fan who, back in 1997, was a good musical kid who grew up to be the Bahd Guy. Few rappers have jumped on a 'Pon Pon' beat. Falz also sings well-enough on the "Jeje" hook.

This listener has tried and failed to discover precisely why the song is a winner beyond physical descriptions—is it the flute? Is it the clutter of percussive synths and shares? Is it the well-written and well-sung chorus by

Flavour? Or is it Sarkodie's flawless flow and reverse engineering of the "Pon Pon" phenomenon in his adoption of Nigerian words and phrases on a distinctly Ghanaian beat?

Sarkodie, more than any other rapper, best exemplifies how and what good rap would and should sound like on a Pon Pon beat. Here's a true story. At Sarkodie's listening session for his new album in London, each song he played received a warm reception by the band of journalists and industry heads, but the instant "Ur Waist" was played, approving sighs and murmurs of excitement came from the entire room.