The play is the first from Nigeria to show at the international United Solo Theatre Festival in NYC.

Playwright, screenwriter, and theatre director Africa Ukoh's award-winning play 54 Silhouettes has made its way to New York City as part of the United Solo Festival, the annual international festival, highlighting solo theatre performances through a "variety of one-person shows."

The one-man play stars the award-winning Nigerian actor Charles Etubiebi as a struggling actor who thinks he's landed his big break when he gets a major role in an upcoming blockbuster, he becomes conflicted, however, when he learns the film is yet another stereotypical "war in Africa" production—the type of film he vowed to never do. "Caught between career ambitions and ideals of his African identity, he must decide whether to do the film or ditch it," reads an official description of the show.

"The play explores African representation in global media and asks questions about creative responsibility, with tensions of cross cultural relations at the center of it all," Ukoh tells OkayAfrica. "It explores the inherent complexities in culturally unique stories being told by people of different cultures and how this intersects with power dynamics, commerce, and artistic ideals." 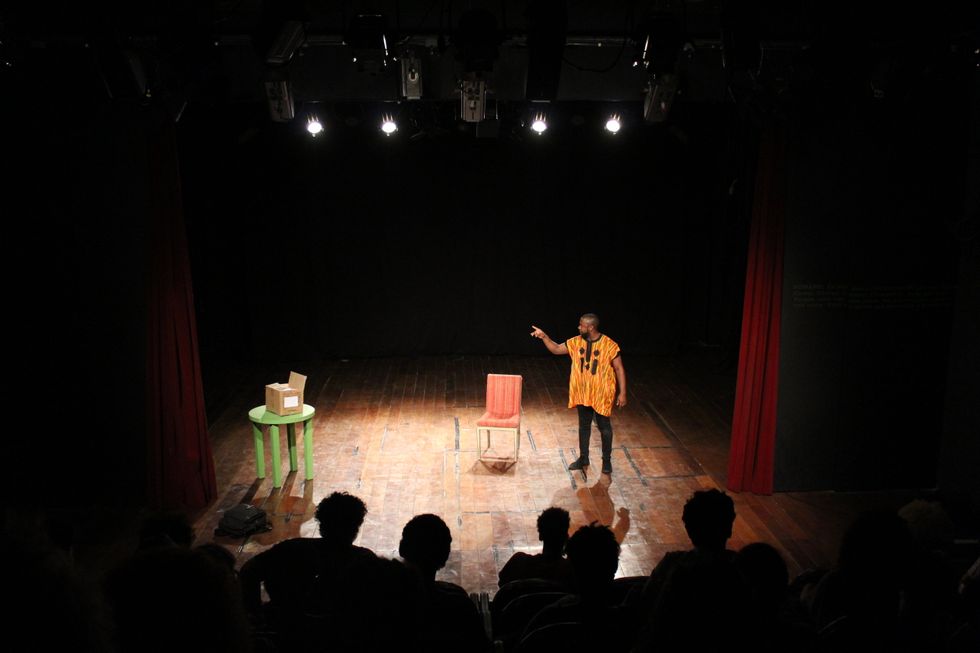 '54 Silhouettes' at Rio de Janeiro at the Network for Emerging Artists and Professionals Theatre Festival. Photo: Charles Etubiebi via Facebook.

Ukoh's 54 Silhouettes—which was adapted into a one-man play after originally featuring five actors—has been on the circuit since 2011 and has racked up several accolades since it first premiered. It showed at the British Council of Nigeria's Lagos Theatre Festival earlier this year and in Rio de Janeiro at the International Theatre Institute's Network of Emerging Artists and Professionals Festival in 2018. It was awarded the Stratford East/30 Nigeria House prize in 2012 and was the first runner-up winner in the 2011 BBC African Performance Competition.

Its latest feat—becoming the first Nigerian play included on the United Solo Festival's lineup, highlights its diverse appeal which is rooted in its nuanced exploration of how cultural dynamics shape storytelling. 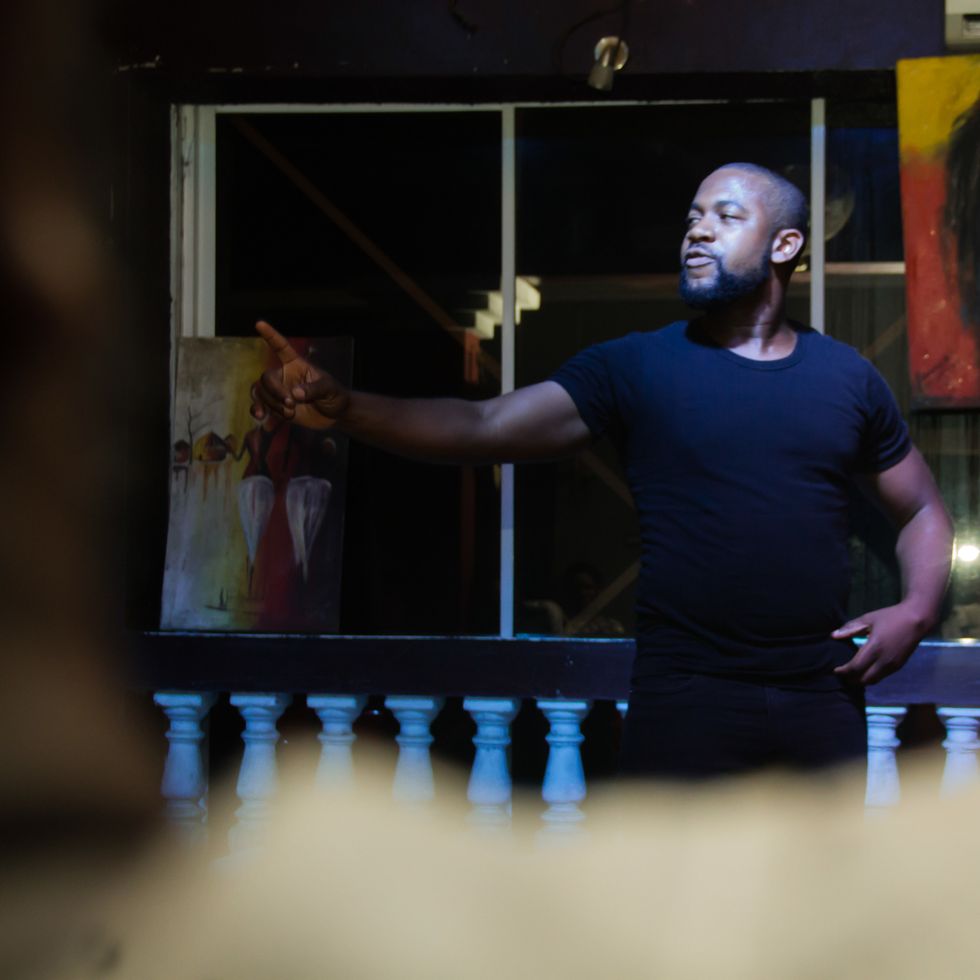 "Being the first play from Nigeria to show at the United Solo Festival is an amazing opportunity to have a story that is not just about Africa but from Africa and by Africans told on a global stage," says Ukoh. "It is such a high point in the journey I, Charles and the rest of the team have been on with the one-man version of the play. It's a dream to be in the mix of stellar talents from over fifteen countries showing that there are world-class stories from Nigeria rich in craft, style and aesthetics. When I first wrote 54 Silhouettes I was just in my fourth year of university so it's an immense feeling to have it come this far."

54 Silhouettes made its NYC debut at the United Solo Theatre Festival on November 20. The festival, which is the world's largest solo performance festival, runs till November 24.