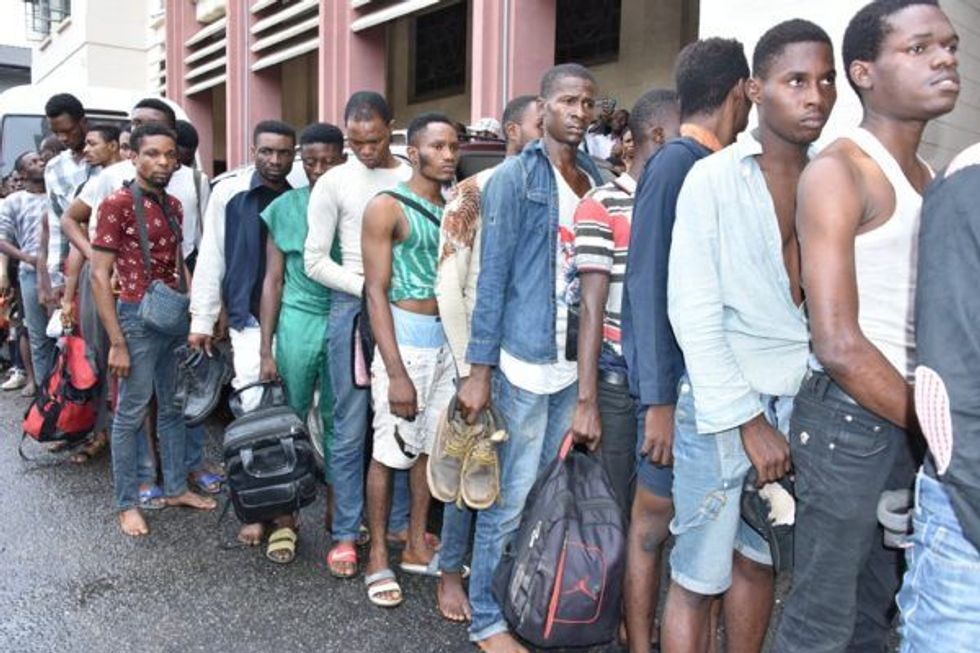 Forty men charged with "committing homosexual acts" in Nigeria, this past weekend have been released on bail.

The men, consisting of 28 adults and 12 minors, were arrested after police raided the Vintage Hotel in Lagos on Sunday afternoon, claiming that the men were "caught in the act." According to BBC Africa, the men were taken into custody and charged with "permitting male persons to have carnal knowledge of themselves against the order of nature," by the Lagos State Ministry of Justice.

Gay rights activist, Bisi Alimi, told BBC that the event that was raided, was being held to raise awareness about HIV testing for members of the gay community.

"Homosexual acts" are punishable by up to 14 years in prison in Nigeria. Despite many countries doing away with such laws in recent years, Nigeria outlawed same-sex marriage in 2013. Nigeria has one of 72 countries in the world where homosexual acts are illegal.

The men are scheduled to appear in court on September 8.

Dear lawyer friends, please what is the meaning of this crime "allegedly engaging in homosexuality" I need help. Its urgent

Great initiative. Please look into repealing the anti-gay law. The LGBTQ community in Nigeria is also a vulnerable group. https://t.co/JjHQKZiPs3