The Best 1970s Nigerian Psychedelic Funk Gets Compiled In ‘Wake Up You! The Rise & Fall Of Nigerian Rock' 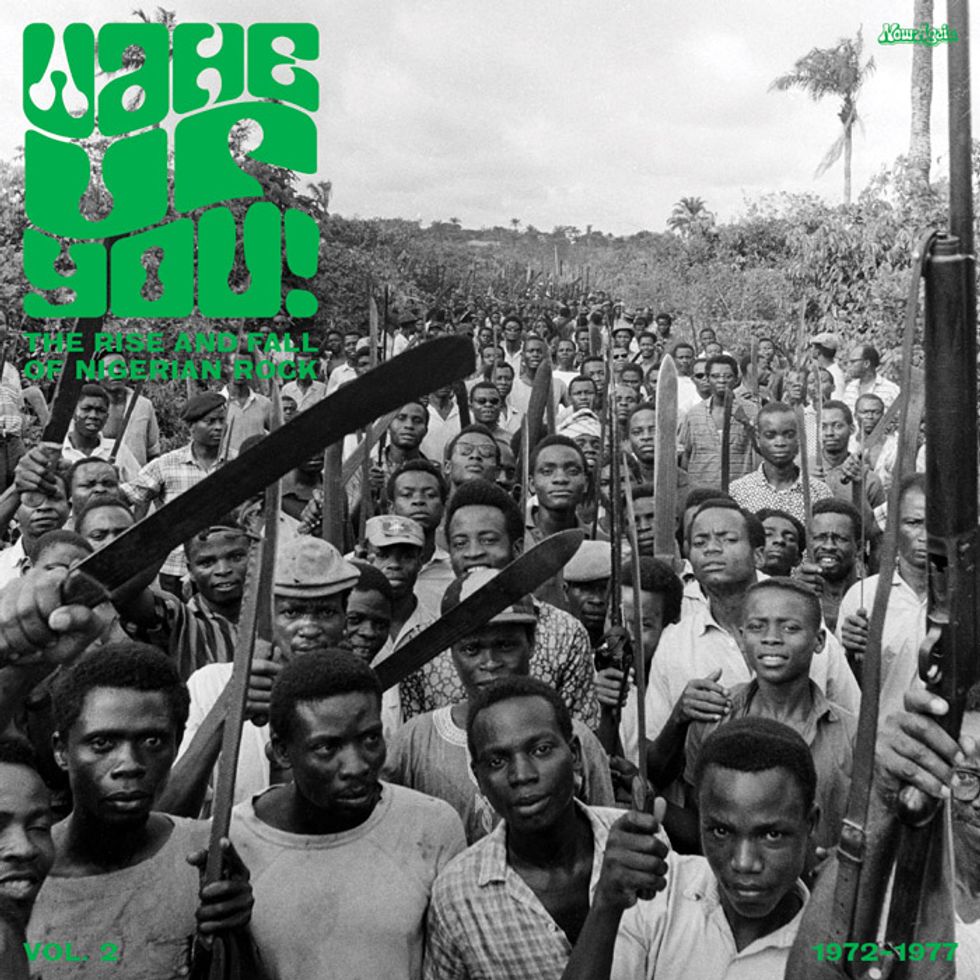 'Wake You Up!' Volume II via Now-Again Records.

Funk, rock and psychedelia had a strong footing in early 1970s Nigeria. Though less popular than Fela’s afrobeat, a large number of rock groups formed out of the ashes of the Nigerian Civil War to create some exceptional, footwork-friendly tracks.

34 of these vintage Nigerian tracks, written and played by often forgotten bands and songwriters, are being compiled in Wake Up You! from Now-Again Records—the trustworthy label that’s previously reissued the Zambian psychedelic rock of Amanaz and WITCH.

Wake Up You! is presented as a tribute to the many bands that formed this relatively unknown 1970s Nigerian psychedelic circle. It plays like the best dance track you could imagine and includes tracks from Ify Jerry Krusade, The Hygrades, The Hykkers, Waves, The Funkees, Theodore Nemy and many more.

The two volume release will also come with “two 100+ page books full of never-seen photos and the story of the best Nigerian rock bands told in vivid detail by musicologist and researcher Uchenna Ikonne (Who Is William Onyeabor?)” the label explains.

Hear Ify Jerry Krusade’s “Everybody Likes Something Good” below. Wake Up You! Volume I is out April 15 from Now-Again Records.

WAKE UP YOU! VOL. 1 TRACKLISTING:

2. The Hygrades "Keep On Moving"

4. The Hygrades "In The Jungle (Instrumental)"

6. The Hykkers "Stone The Flower"

WAKE UP YOU! VOL. 2 TRACKLISTING:

2. The Funkees "Slipping Into Darkness"

13. The Believers "Life Will Move"

16. The Identicals "Who Made the World"

'Wake You Up!' Volume I via Now-Again Records.