The Best Nigerian Songs of 2017 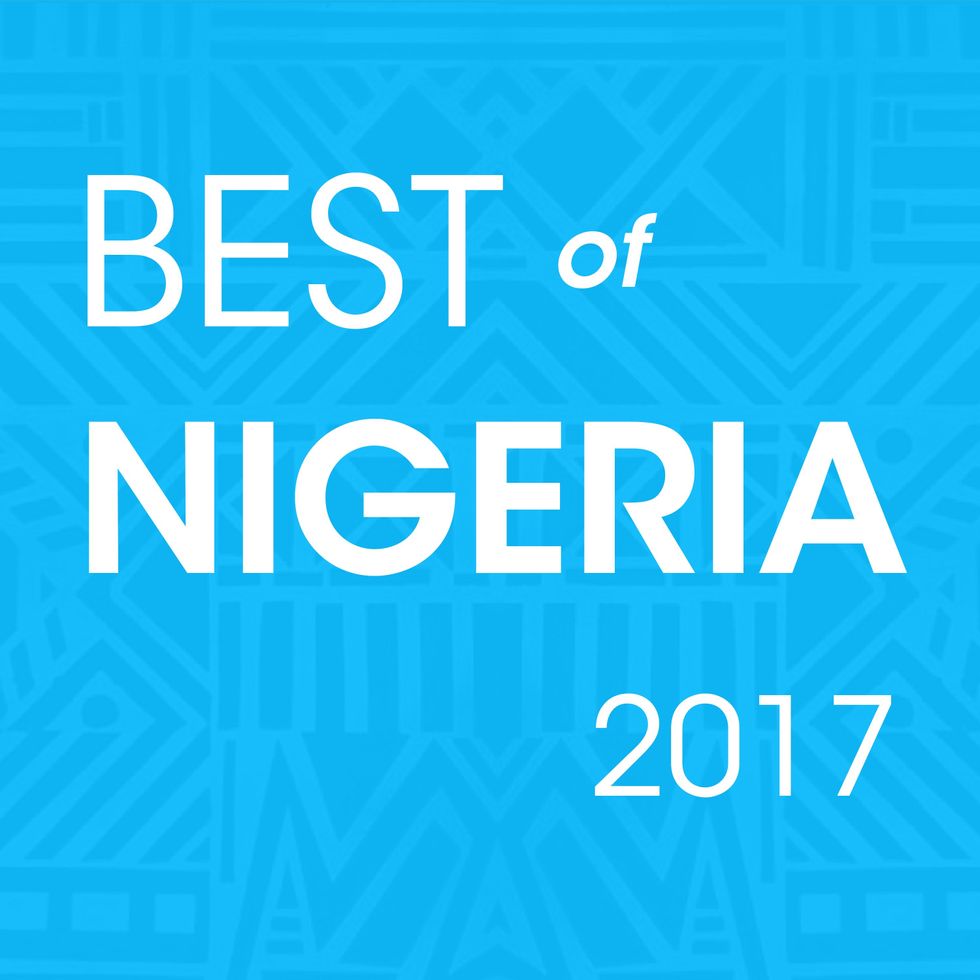 Here are the 20 best songs to come out of Nigeria this year, including hits from Davido, Wizkid, Simi, Tiwa Savage and many more.

The year saw notable releases from Nigeria's stars like Wizkid's Sounds From The Other Side, Tiwa Savage's Sugarcane and Davido's hit singles, as well as hit dance crazes that propelled the likes of Wande Coal & DJ Tunez' "Iskaba" and Olamide's "Wo!!"

Olamide sparked Nigeria's latest dance craze with his high-octane single "Wo!!." For the track, the Nigerian rapper teamed up with his in-house producer, Young John, to create an all-out street banger that even Chelsea soccer stars have been filmed dancing to.

There's no doubting that Young John, "the wicked producer" as his tag goes, does some of the heavy lifting here with this monster of a beat. "Wo!!" became both a meme of its own and a bonafide street anthem.

The veteran Nigerian singer Wande Coal returned with one of the afrobeats anthems of the year in "Iskaba," a track that was also propelled to massive levels with the help of a dance challenge—it even has its own dedicated Instagram account.

The infectious song was written by Coal alongside DJ Tunez and riffs on its title "Iskaba"—which the artists have mentioned means energy and love—for a potent feel-good jam.

Wizkid's highly-anticipated Sounds From The Other Side pushed the Nigerian star further on the global stage and "Come Closer," his third huge collaboration with Drake, after "Ojuelegba (Remix)" and "One Dance," was its biggest single.


The song had a bit of a confusing release as it was originally leaked in January as " Hush Up the Silence" before being officially announced. Nonetheless it became a massive track on both sides of the Atlantic, with its addictive Sarz-produced beat becoming the perfect afrobeats-meets-dancehall bed for Wizkid and Drake's vocals. Drake was noticeably missing from the official music video, something Nigerians dragged him endlessly for on social media after the "One Dance" debacle. —Kam Tambini

Davido had such a good year in terms of output that we had to give him two song spots here. In the middle of the year, the Nigerian star delivered the devastating one-two punch of the Tekno-produced "If"—which cemented the mid-tempo pace as 2017's preferred groove—followed by the supremely well-crafted "Fall."

It was a combo that saw many crown him the new king of Nigerian pop or, at least, the reigning artist of Nigeria's new Pon Pon sound, which dominated airwaves in 2017.

YCee connected with Maleek Berry for the infectious "Juice," a massive hit produced by Adey that became one of Nigeria's biggest songs of the year, topping the charts for weeks. The single was included in Ycee's excellent First Wave EP, an 8-track collection of prime afrobeats with endless replay value.

Tiwa Savage, the 'Queen of Afrobeats,' surprised everyone when she dropped the new SugarcaneEP out of blue in September. The EP featured a collection of six expertly-crafted excursions into love and afrobeats, and one of its clear highlights was the Spellz-produced "Ma Lo" featuring Wizkid.

"Ma Lo" means "don't go" in Yoruba, Tiwa told us in an interview back when she released the song. Its music video follows the Nigerian stars to a party at the Fela Kuti family's New Afrika Shrine in Lagos. The vibe of "Ma Lo" is so good that even Chris Martin was filmed dancing to it.

Mr Eazi connected Nigeria and Ghana like no one else in his Life Is Eazi, Vol. 1 - Accra To Lagos mixtape, and the E Kelly-produced "Leg Over" is that mixtape's crowning jewel. The song, built on a brilliantly minimalist fusion of a guitar line and drums, follows Eazi singing about a girl who's playing him—giving him the leg over.

"Leg Over" was actually never meant to be a single, Mr Eazi has mentioned in interviews, but once it started to pick up as a dance hashtag on Instagram with people doing the #legoverchallenge he decided to focus on it. Its accompanying music video shows a group of dancers doing their best version of the challenge and features cameos from Wizkid and Maleek Berry. Don't forget to watch the New Edition video remix.

Skepta's surprise Vicious EP featured collaborations with Lil B, A$AP Rocky & A$AP Nast, and Section Boyz. The one that stood out though was "Hypocrisy," a track in which the grime star proudly raps "I'm a Nigerian Eagle." If you remember, the British-Nigerian artist was the first to play "Ojuelegba" for Drake, which led to all the Drake-Wizkid collaborations.

Adekunle Gold's "Only Girl" is pure magic. The single, which rode high in the Nigerian music charts, saw the hit-making songwriter team up with the buzzing Moelogo and producer Lekaa Beats for an addictive marriage of romance and shiny guitars.

M.I "You Rappers Should Fix Up Your Life"

M.I fueled a debate about the state Nigerian hip-hop with his song, "You Rappers Should Fix Up Your Life." The track—which sees M.I. drop lines like "none of you rappers is real enough... that's why these fans are not feeling ya'll," "SA rappers out here killing ya,ll," and "rappers are singing now just to get popular, yuck"—has sparked a heated conversation across social media on the current state of Nigerian hip-hop.