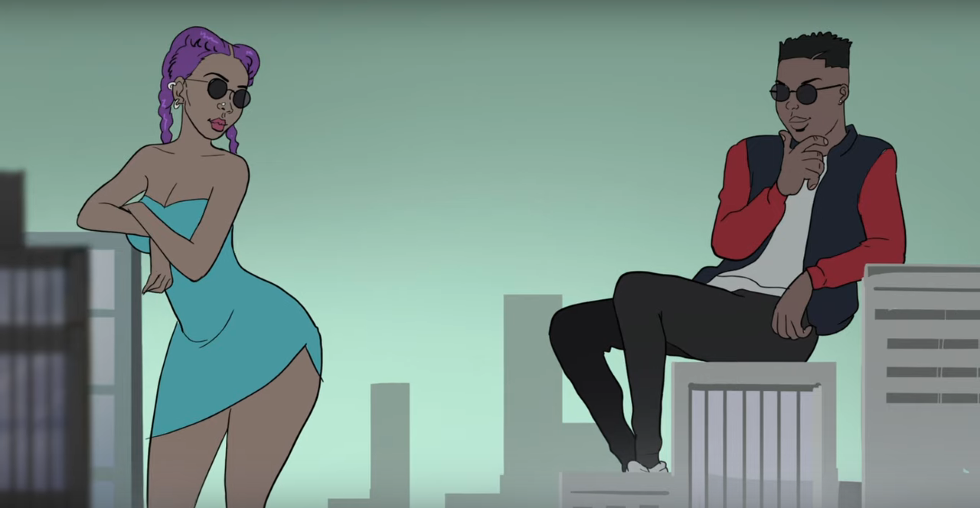 Read ahead for our selection of the best Nigerian songs of September.

Written by Olamide, the producer Pheelz and Tiwa Savage, "49-99" borrows its lead line—as well as its themes of survivalism—from Fela Kuti's "Shuffering and Shmiling," rendered tastefully in the current idiom of Nigerian pop. Savage's own ease with melding R&B, pidgin, Yoruba and English is mirrored in Pheelz' production which, among other tinkerings, cleverly builds a swell of orchestral strings over an afrobeat rhythm section.

Reekado Bankscameback after a quiet period with "Rora," his first single of 2019 and the lead track from his upcoming album. "Rora" (translated from Yoruba as 'Take It Easy') is a highly-addictive production built on mid-tempo beatwork, highlife influences, and playful lyrics aimed at a love interest. The new single was produced by Tuzi and Altims.

The slink and bounce of twin guitars introduce "Shake," a fine duet from Yemi Alade's fourth album, Woman of Steel. The song, which features Duncan Mighty, sees the pair take turns sounding off sex overtures with fair warning: "don't start what you cannot finish." Her intentions are clear: "I really want you to do am again" and she will boost his ego to get it: "You get head, no be mouth." Playful, inventive and effective, "Shake" is the gem off a satisfying album from the afropop giant.

"Everything big, everything fresh, everything clear" pronounces Blaqbonez on "Shut Up," proving to be a maximalist in his lyrics as in person, introducing himself to a crowded Lagos traffic with a loudspeaker to promote his new single. The song's title rebuffs strong opinions about him recent claim to being the "Best Rapper In Africa." The video serves up images of mean-mugging male models with machine guns in fluffy dresses, bringing to life the album cover for "rare" by Odunsi in a most vivid fashion.

Of the different musical turns with which Phyno impresses on his third album, Deal With It, "Vibe" is the show-stopper. The track is an energised interpretation of Igbo traditional music by the mercurial Masterkraft, whose choice of a cheery one drop piano on "Vibe" ventilates the brilliant polyrhythms of an ogene-udu ensemble. This brilliance is matched by Flavour's charged singing and Phyno's engaged presence whether rapping or ad-libbing.

"Ghetto Love" sees Wizkid staying true to his dancehall-inspired sound. The track, which was produced by both Killertunes and Kel P, has an incredibly infectious beat and catchy lyrics you'll be singing along to in no time.

"Strike a pose, it's a perfect picture" sings Peruzzi assuring a love interest on "Nana," which may have started as a melodic lead line—"na, na, na"—over soft synths, occasional strings, and drumming, but is also a name and has made for the near perfect pop song.

Whether as an aesthetic scene change or morality tale, the models in bathing suits in the video for "PXTA"—mostly set at a pool party—turn up in the second verse heavily pregnant and yet able to twerk without restrictions. "How water get into coconut" is the philosophical nugget Naira Marley is either puzzled by or asks rhetorically in the second verse of "PXTA." The song itself may borrow propulsive drumming from Young John's work on "Bobo" by Olamide but it is Marley's drawl and developed songwriting which remain the draw here.

It's hard to begrudge Reminisce's claim: "aged 38, still the best rapper off of these streets" from his new single "OGB4IG" especially with four full length albums and a near-decade of music-making in a genre that is obsessed with youth and fads. The song is a career overview and show of vitality, and just as appropriate is the solid production by Sarz, his long term collaborator dating back to Book Of Rap Stories, his debut album released in 2012.

Produced by Masterkraft, "Badman" is Shaydee's first solo release since "Make Sense" with Wizkid, released back in November 2018. It is fitting return for the singer whose 20 song debut album, Rhythm & Life (2016), deserves more praise.

Ckay's love interest on "DTF" is perhaps convinced of his offer of a "no strings" relationship but is yet to give in despite his assurances that "feelings get messy / it's the last thing we need." "DTF" is the first song off Ckay The First, the sophomore EP from the singer/producer.