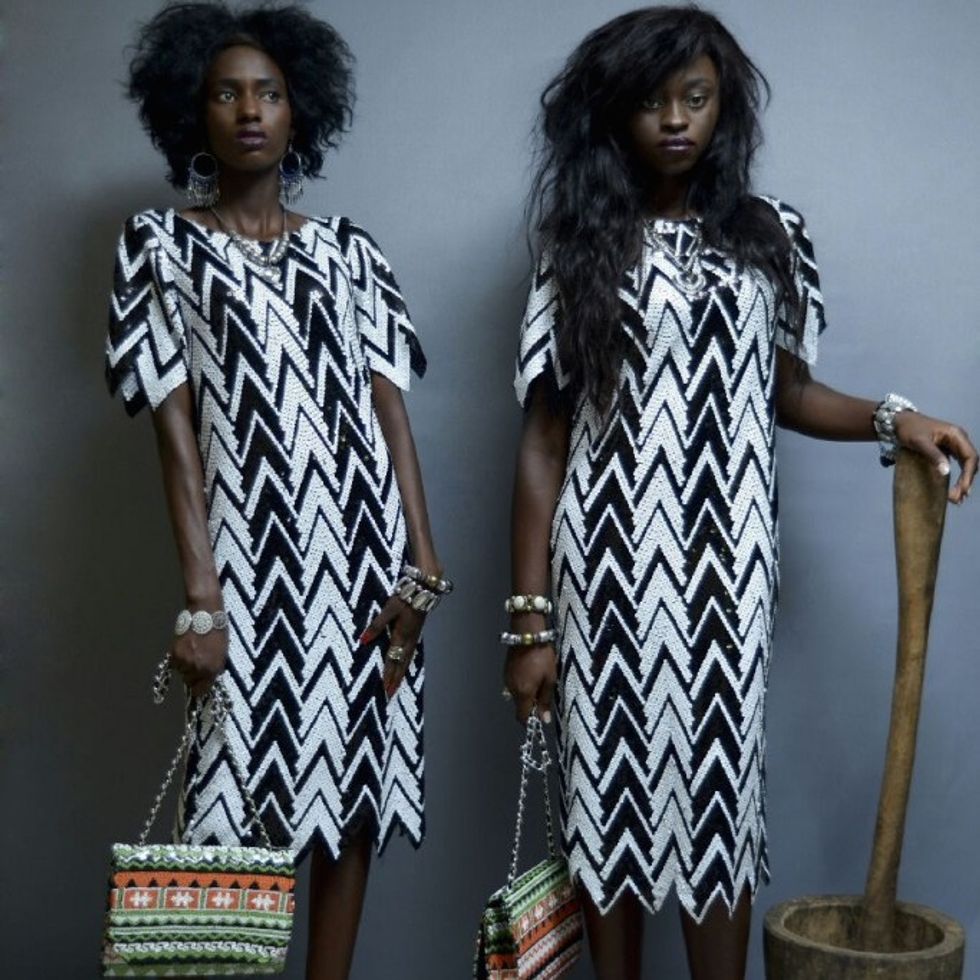 Emerging Nigerian stylist Richard Akuson recently unveiled a 2015 portfolio lookbook featuring his own perception of the trendy woman. His My Dark Twisted Fantasy photo series portrays a strong, bold and nonchalant feminine character  (it also takes its title from Kanye West's 2010 opus). Akuson's girl is very much laid-back, she's a fashionista despite her will. She knows how to effortlessly pair stylish garments to put together a look in any environment. She's trendsetter no matter what her intentions might be. Akuson explained his ideas about the lookbook, stating:

"I imagine that women in the near future will be highly evolved, as such care more about the art in fashion than the beauty of it. This look book explores the wardrobe of this evolved woman, the intricacies of her complex and audacious style. Such a woman sees her self as more of an editorial tear-sheet than a woman, thus, deviating from convention in her quest for broader self expression. Naturally, I figure that this woman in her elaborate style wears her hair big, with little to abstract makeup; subtle blue brows, earth tone eye shadow, mascara and burgundy lip colour in this case. She’s strongly characterised by her extravagant use of jewellery, and in this case, rusty tribal jewellery. To her, more is actually more. This is an attempt to juxtapose my imaginations to the real life Italian style icon Anna Dello Russo and the Lagos game-changer Nkiru Anumudu, whose style have successfully made the unimaginable fashionable. Though hard to explain, their larger-than-life style partly forms a vivid representation of what I imagine the next generation woman to look like."

Scroll through our gallery to view the photographs and if you want to talk about it, tweet @okayafrica with #richardakuson.