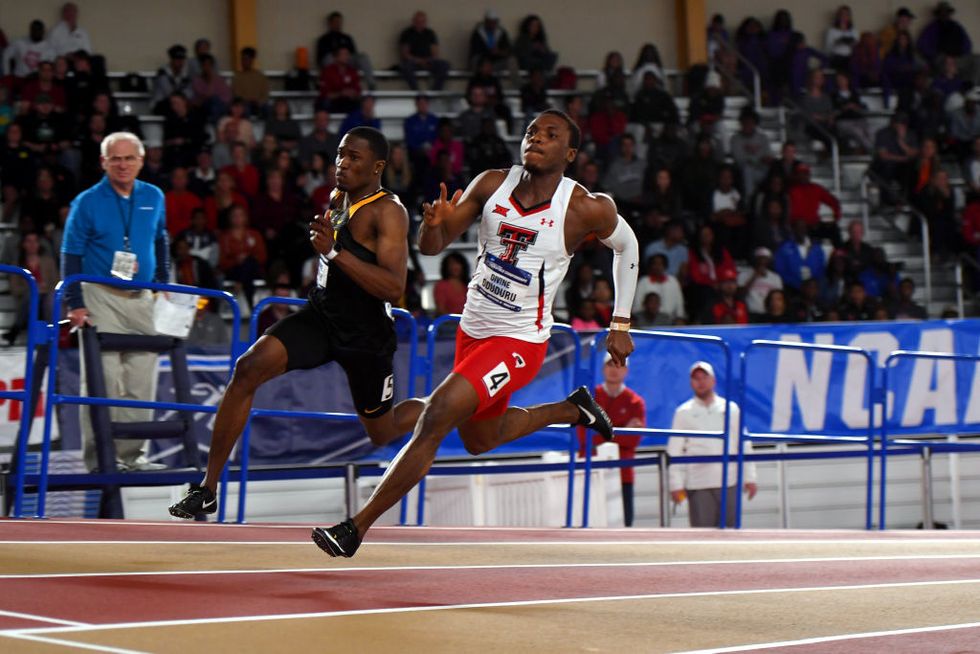 You may remember Divine Oduduru's epic post-race interview from 2013 that turned into an evergreen meme and phrase—"I never experred it."

Revisit the clip below.

Since this viral moment the track star has been putting in work running for Texas Tech University, breaking record after record. His latest earned his school a spot at the top at the Big 12 Outdoor Championships for the fourth time.

Oduduru is the first to run a 100 m race in less than 10 seconds, Konbinireports, finishing at 9.99 seconds at the finals. The second place runner finished moments later at 10.29 seconds. Oduduru's time has beaten Prezel Hardy Jr's time of 10.03 seconds—which has been the record to beat since 2012.

This history-making moment has cleared the path towards Tokyo 2020—as Oduduru now qualifies to participate in the Olympics. It's likely that he will run for team USA, though it's been reported that the Athletics Federation of Nigeria has been urging the Federation and the Nigerian government to make sure he remains a Nigerian athlete for the Games.