Xenophobic Violence on the Rise in South Africa, Nigerians Fight Back 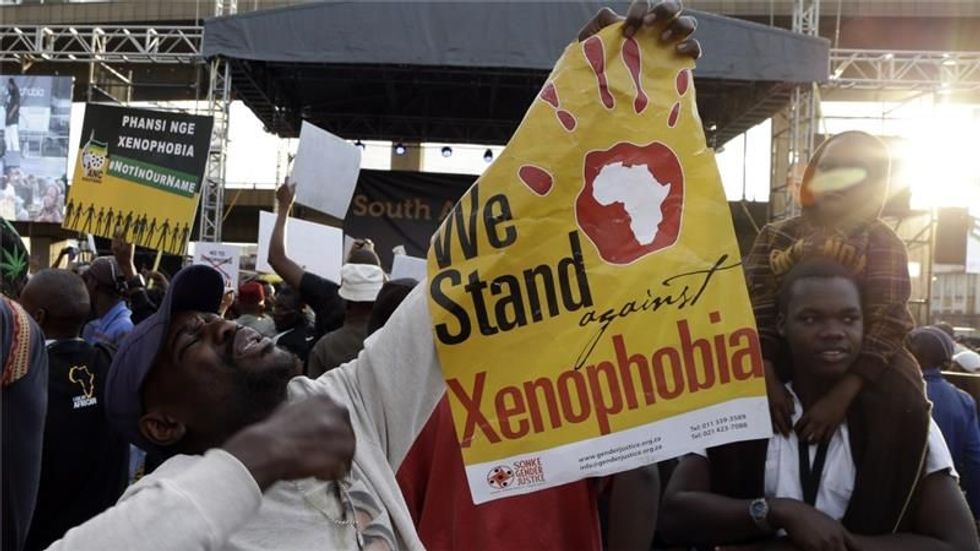 Nigerians living in South Africa are voicing concern over rising violence against Nigerians and other African nationals in the country's capital.

The destructive consequences of nationalism and xenophobia are being felt throughout the world.

In recent days, Nigerians living in South Africa have voiced concern over rising violence against Nigerians and other African nationals in the country's capital, Pretoria.

Emeka Ezinteje Collins of the Nigerian Union of South Africa (NUSA) told Al Jazeera on Tuesday, that "homes and shops of Nigerians were targeted and looted in the events of the past few days."

The recent attacks come just weeks after it was reported that Nigerian-owned properties—which some alleged were being used for drug dealing and trafficking—were torched in the Johannesburg suburb of Rosetenville.

Xenophobic violence in South Africa, has risen as a result of wide-spread unemployment in the country. Many citizens feel as though foreigners are taking their jobs and increasing crime in their neighborhoods.

She also urged the African Union to get involved, claiming that in the past two years "about 116 Nigerians have been killed, including 20 last year." However, there is no official verification of the number of deaths that have occurred as a result of such attacks.

Now, BBC news reports that Nigerian demonstrators have gathered outside of the South African embassy in Abuja to urge authorities to take action against anti-immigrant violence.