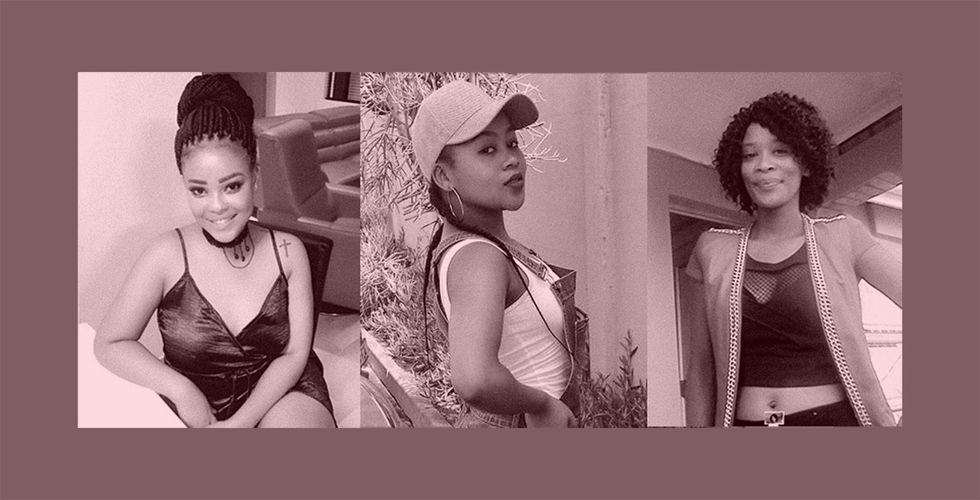 Rape, kidnapping and murder are routine in a society where women's lives are devalued.

My apartment is a five-minute walk from The University of the Witwatersrand campus. About every hundred meters, I look over my shoulder to ensure that I am not being followed by a man or a slow-moving vehicle. One time, I stopped walking and waited for a man walking behind me to pass. As I did that, he bent down to tie his shoelace. And because I was paranoid already, I mistook him for having stopped because he wanted to harm me. The fear that I had felt in that moment and the resulting silliness I felt when I realised what he had been doing, was overwhelming. By the time I arrived at my apartment, I was in tears.

Every South African woman can relate to this reality in some way or another. And they have a reason.

About every eight hours, a woman dies in South Africa. Half of these women die at the hands of their partners, those they trust the most. One in three women is raped, but due to underreporting, experts estimate that the reality is closer to one in two. These alarming statistics show no signs of slowing down at all. There has not been a single day, save when I have deliberately stayed off of social media, where I have not retweeted or shared a post of a missing young woman who has probably fallen victim to yet another abduction perhaps to supply the black market with organs, because of muti or to be trafficked into prostitution.

RETWEET UNTIL WE FIND KARABO NTUANE SOMEONE MAY RECOGNIZE HER PLEASE DONT SCROLL DOWN WITHOUT RETWEETING https://t.co/KnQPvCe2PR
— Themba Rumbu (@Themba Rumbu) 1522579065.0

Last year, I wrote an article that attempted to explain why women had chosen to champion the #MenareTrash movement in response to the surge in rape, femicide and sexual assault in the country at that time. Unsurprisingly, instead of focusing on the fact that a young woman, Karabo Mokoena, had been murdered by her boyfriend and subsequently burnt, instead of being appalled that a pregnant woman had been gang-raped in a taxi in front of her three-year old child, the conversation revolved around nursing the bruised egos of men. #NotAllMen followed and detracted from the purpose of the #MenAreTrash movement in much the same way #AllLivesMatter detracted from #BlackLivesMatter.

This year, Karabo Mokoena's boyfriend, Sandile Mantsoe, was sentenced to 32 years in prison for her murder. He deserved life, in my opinion. During his sentencing, and in a gesture that epitomised his lack of remorse, he smiled. That's right; he smiled.

Recently, Zolile Khumalo, a young woman studying at the Mangosuthu University of Technology, was shot dead by her ex-boyfriend, Thabani MzoloThabani Mzolo, in her room at residence in full view of her roommate. He then handed himself over to the police. As he left the courtroom, he imitated the pulling of a trigger with both his hands. He is reported to have claimed that he wished that Khumalo had not died before he could forgive her for leaving him.

Another woman, Mihle Sibembe, was ironed (yes ironed) by her boyfriend Thomazile Gawula and sustained burns to her face, thighs and stomach. If that wasn't enough (in South Africa it never is), Sibembe's boyfriend proceeded to stuff her underneath his bed, like one would some dirty laundry or a pair of shoes, believing that she was dead.

South African men: you need to start calling each other out when you see any woman being harassed by other men. You need to call each other out, friend or stranger, for catcalling women. Don't make it your business to not get involved because, guess what, you're just as bad as that cat-caller. It's called being complicit. Stop being friends with rapists, sexual assaulters and murderers. It's not enough to be "a nice guy." In fact, that's BS. I'd like to see how your exalted 'niceness' stops a bullet or a woman from being kidnapped. And to the proud patriarchs, since you're all so keen on defining your masculinity through your ability to protect, why don't you actually start protecting for once because man, oh man, like Nayyirah Waheed says: "All the women in me are tired."

Koleka Putuma's words haunt me every day as I walk to and from my apartment to campus: "I don't want to die with my hands up or my legs open."