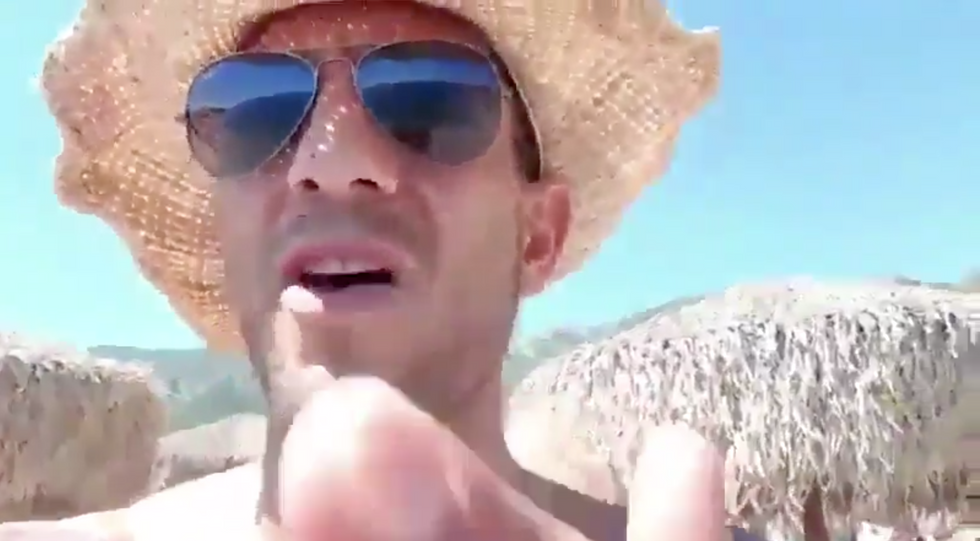 The brazen casualness with which he utters the "k-word" is probably what's most shocking about the Adam Catzavelos video. The clip, shot by the South African businessman vacationing near what looks like the Mediterranean, has gone viral in South Africa and has led to business fallout for both the family company, St George's Fine Foods, and for Nike which is alleged to employ his wife.

It's a testament to the power of social media outrage, and its political fallout, that large brands in contemporary South Africa will move quickly to distance themselves from toxic people and racially tainted controversies. For black South Africans, the "k-word" is a racial epithet akin to the "n-word" for Americans. It's a word so toxic, so loaded with violent meaning and intent, that it is rarely printed without being hidden by asterisks.

St George's Fine Foods produces meat marinades for a variety of South African restaurant chains, many of which have released statements today announcing they will no longer be sourcing product from the tainted company.

Rumors that Catzavelos' wife works for Nike in South Africa led Nike to release a statement:

"Nike opposes discrimination and has a long-standing commitment to diversity, inclusion and respect. We believe in the power of human potential in everyone - of every race, religion, nationality, gender and sexual orientation. We can also confirm that Adam Catzavelos is not a Nike employee.

The quick closures of the Nike Stores in Johannesburg are likely related to the backlash from last year's H&M controversy when the company released an ad featuring a black child in a sweatshirt that read "Coolest Monkey in the Jungle." That was met by a firestorm of protests led by South African political party, the Economic Freedom Fighters where a handful of stores were damaged.

Even Catzavelos' childrens' school has released a statement saying that in the best interests of his own children that he is banned from the premises.

You can watch the video below artfully bleeped by News 24.