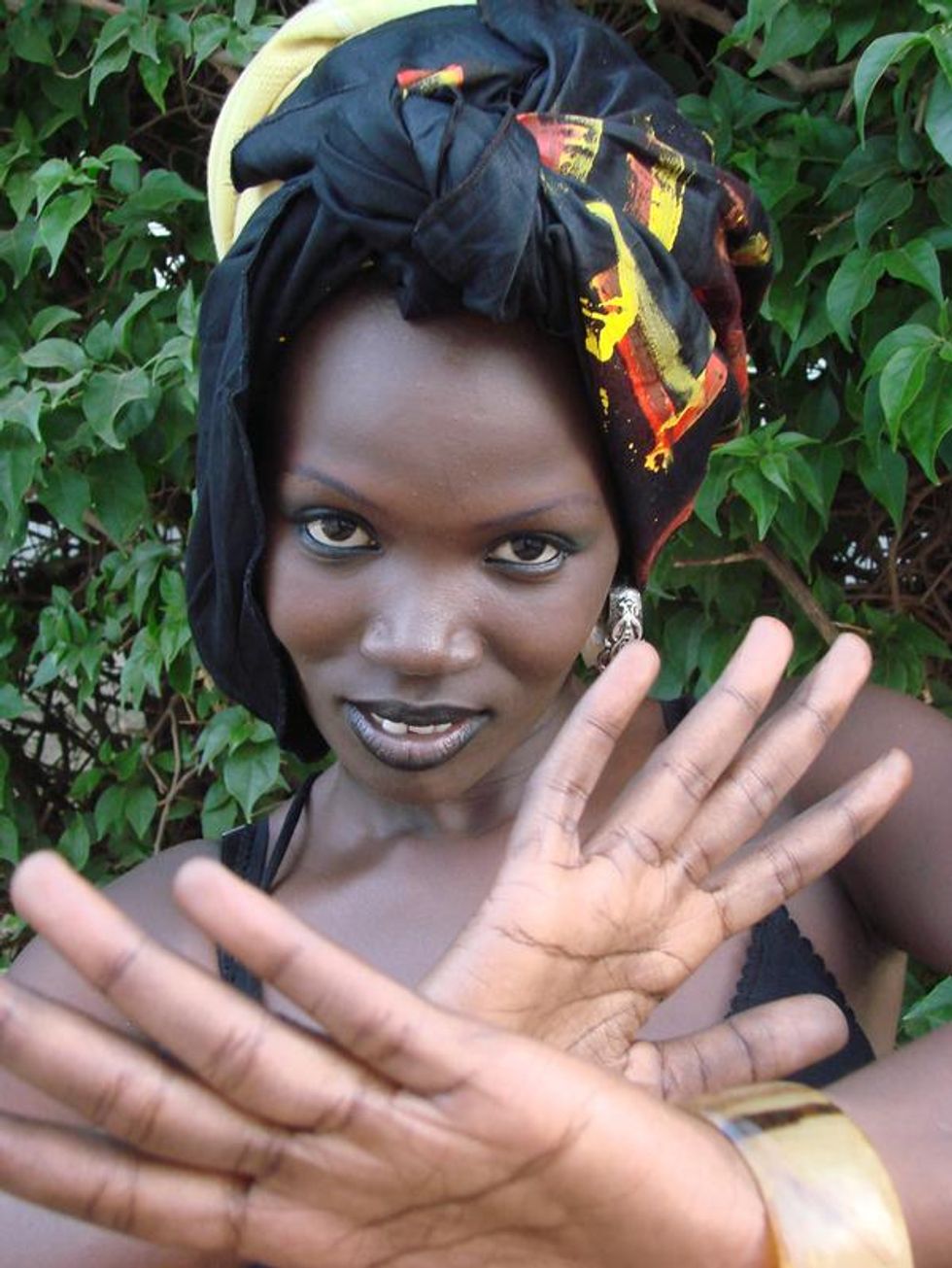 Since her debut as a solo artist, Njaaya has been on the grind steadily turning heads with her sultry afro-acoustic bounce and re-applications of the blues. A veteran of PBS-Radikal—a later manifestation of Positive Black Soul—who went on to co-found Alif, the first female hip-hop group in Senegal, Njaaya is making moves again. In her latest manifestation, she pushes a style that maintains the emcee swagger of her hip-hop days while revealing a voice that seems fortified in a soul context with added space to swell. Lyrically, she deals in large denominations, reflective texts that cut deeper into the Wolof language than the average mbalax pop song and manage to emote toughness without relying on tired English buzz words or Wolof catch phrases of the moment. Think Angelique Kidjo meets Lauryn Hill in Medina, Dakar.

Njaaya’s style is not without its own risk in Senegal, where she represents a radically different femininity than mainstream artists—save perhaps Coumba Gawlo—and she’s met her share of difficulty garnering attention for her music. Building off of a hip-hop career, Njaaya often gets up only briefly at street stages that push line-ups designed as a quick fix for the public’s demand to get down. No doubt she knows how to move a crowd and hold her own in these scenarios, but she can truly devastate in the rogue-lit lounges that support her new acoustic configuration and emit an elegant stage presence. On a good night in these more intimate venues her voice summons its greatest strength. Rising like massing water, gently stirring the room into a blur.

After enamoring a delegation of Spanish music promoters in Dakar this spring, Njaaya found herself in Spain months later, on what is likely the first of many tours as a solo artist. Gaining new momentum and keeping pace with a regular performance schedule in Dakar throughout the fall, the single, "Social Living," remains the lone teaser for her forthcoming album of the same name.