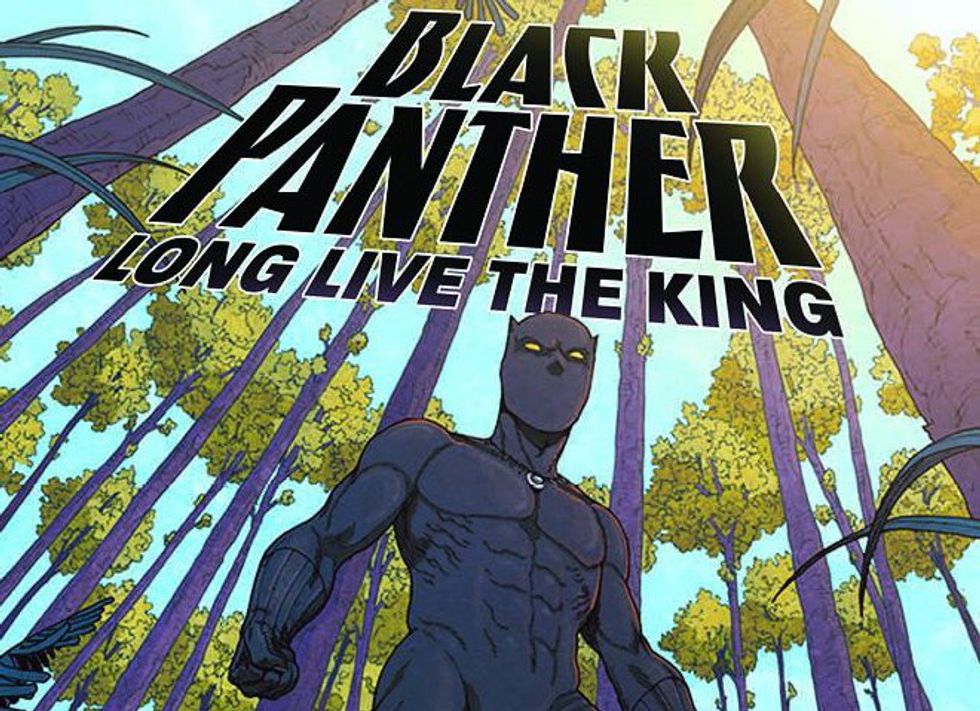 Marvel has enlisted Nnedi Okorafor to pen the next series of "Black Panther' comics.

Ahead of the release of Black Panther early next year, celebrated Nigerian sci-fi author Nnedi Okorafor will pen the upcoming comic book installments Black Panther: Long Live the King. The comic will be part of an exclusive, digital-first bi-weekly series for comiXology Originals.

The story will take place in the fictional nation of Wakanda, of course, where T'Challa is working tirelessly to fight off a new threat to his home. Plot details are limited, but it seems we won't have to wait too long to read the full story, Black Panther: Long Live the King is set to debut on ComiXology on Dec 13. Okorafor confirmed on Twitter that she will pen at least three issues, but we're keeping our fingers crossed for more.

Okorafor follows the likes of Roxane Gay and Ta-Nehisi Coates—who will still write the series' print version—to give us the next wave of, what are sure to be, a thrilling new Black Panther chapters.

Artwork for the story, was commissioned by Portuguese visual artist André Araújo.

Okorafor has had a non-stop month, she released the third book in her Akata series, Akata Warrior earlier this week.

We caught up with the award-winning novelist last month, revisit our in-depth interview with the writer, where she discusses her upcoming television series with George RR Martin and shares her thoughts on authors having mentors.