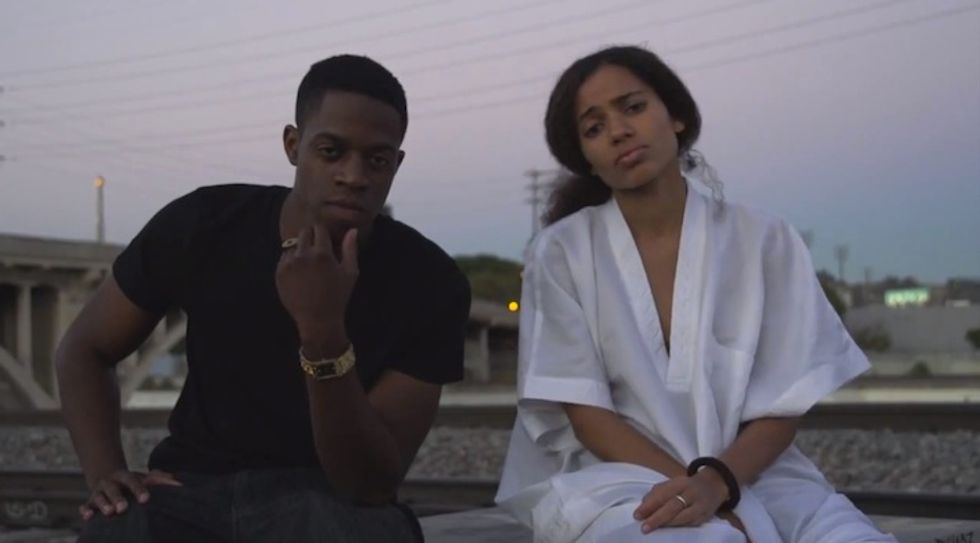 Nigerian pop songstress Nneka returns after a long musical drought with the visuals for her reggae & dancehall-tinged single "Book of Job." The singer/songwriter's latest single is the first off her upcoming 9-song album My Fairy Tales, the follow-up to 2012's outstanding Soul Is Heavy, which is due in March of next year. In related news, Nneka recently teamed up with Nigerian-American rapper Cobe Obeah to release the music video of the pair's epic, 2012 piano-girded single "True Colours," off Obeah's Song of the Starz 2: Dark Night LP. The blisteringly powerful video flashes through a volcano of images that almost burns off the screen. Interspersed with close-ups of both vocalists and wide shots of ravaged lands, the simultaneously personal and political piece (directed by Ifeanyi Njoku) suddenly stops to observe the tragic death of Eric Garner. Watch both videos for "Book of Job" and "True Colours" below.