"No Sex Unless You Vote for Kenyatta:" Kenyan Women Go On Sex Strike In Support of Presidential Candidate 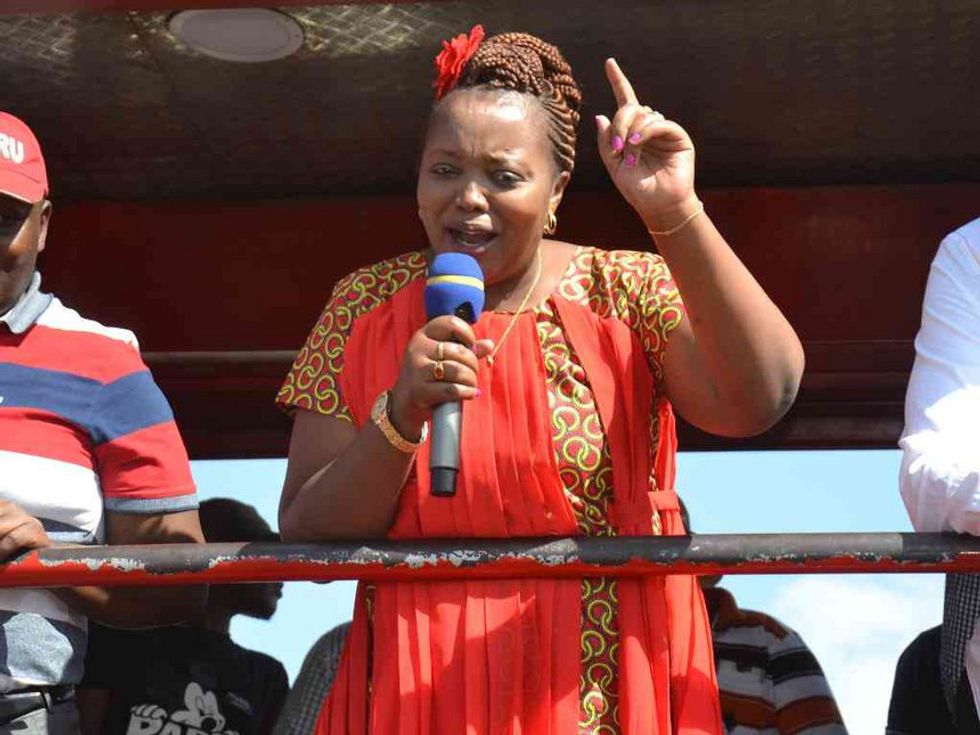 These Kenyan women are exercising their political power by bringing politics to the bedroom.

The Kenyan presidential election just got local for a group of men in the town of Nyeri. Women in the town have called a sex ban, demanding that incumbent Uhuru Kenyatta be re-elected, according to the Star Newspaper.

The women said in a press conference that they will not sleep with their partners until they know that Kenyatta has won the vote. Rahab Mukami, the group's leader, said that the women's campaign has no choice but to intensify its efforts to ensure that Kenyatta is victor.

This is not the first time sex has come up in this presidential election season in Kenya. Kenyatta's opposition, former Prime Minister Raila Odinga asked his supporters for a sex boycott the night before the first vote, which took place on August 8.

After Kenyatta won 55 percent of that vote, the Kenyan Supreme Court ordered a second vote citing voting irregularities. The ruling was seen as an unprecedented victory in the name of democracy in Africa.

Kenyatta expressed respect for the court, while maintaining his anger at the court's decision to nullify the vote. President Kenyatta has been in office since 2013. While the court did not find Kenyatta guilty of misconduct in the election process, it found that the election had been "tainted by irregularities." The Independent Electoral and Boundaries Commission was held largely responsible.

Meanwhile, women in Nyeri have taken matters in their own hands. As supporters of Kenyatta, his victory in the first vote was a gift. With news of the nullified vote, they began to formulate strategies to ensure that he remained in office after the second election.

While it may be tempting to look at this as a Lysistrata moment where women are celebrated for the genius of leveraging their sexual power for politics, not everyone is feeling the women's empowerment.

Tweets dismissing the women and insulting the men of Nyeri are pouring in.

Ujinga ya nyeri women! Sex is for two in the bedroom , not politics, you'll Adress in public. SHAME ON YOU!
— Liz Wonder (@elizabeth_jaka) October 19, 2017

Please! You are endangering our goats and donkeys.Nyeri men will turn to our animals.@MercyForAnimals@MoveTheWorld
— Goga Junior (@GogaJunior1) October 19, 2017

These foolish women are as useless as the tail of a dog which neither covers it's anus nor protects it from the insects bites"Nyeri women"?
— Macnroe M (@Macmututa) October 19, 2017

Nyeri men will buy sex somewhere else and vote the candidate of their choice.
— Otagikwataho Haza 🇺 (@SkMugisha) October 20, 2017

Sex boycotts are not the only way women have exerted power over political processes in Africa this year. Women in Liberia launched a campaign called "Don't Touch My Peace," demanding that this month's presidential election remain peaceful. It was a reference to the violence of the Civil War which ravaged the country for fourteen years, and that involved many acts of sexual violence against women.