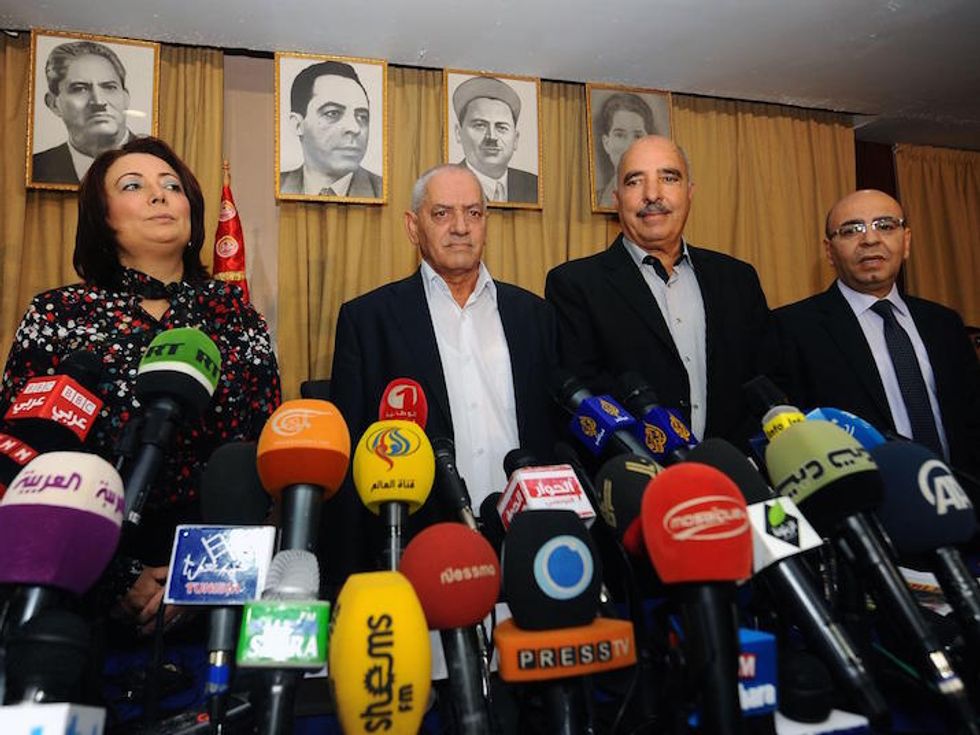 The Nobel Peace Prize for 2015 has been awarded to the Tunisian National Dialogue Quartet.

BREAKING NEWS The 2015 Peace #NobelPrize is awarded to the National Dialogue Quartet in Tunisia pic.twitter.com/3O9jzwBK08

The Nobel Peace Prize for 2015 has been awarded to the Tunisian National Dialogue Quartet for its "decisive contribution to the building of a pluralistic democracy in Tunisia in the wake of the Jasmine Revolution of 2011."

Formed in the summer of 2013, two years after the revolution, when Tunisia's democratization process was in danger of collapsing, the group is comprised of four key organizations in Tunisian civil society: the Tunisian General Labor Union; the Tunisian Confederation of Industry, Trade and Handicrafts; the Tunisian Human Rights League; and the Tunisian Order of Lawyers.

According to the Nobel Committee, the quartet established an alternative, peaceful political process at a time when the country was on the brink of civil war. "It was thus instrumental in enabling Tunisia, in the space of a few years, to establish a constitutional system of government guaranteeing fundamental rights for the entire population, irrespective of gender, political conviction or religious belief," the Committee said.

"The Arab Spring originated in Tunisia in 2010-2011, but quickly spread to a number of countries in North Africa and the Middle East," the Nobel Committee said. "Tunisia, however, has seen a democratic transition based on a vibrant civil society with demands for respect for basic human rights."

The Nobel Committee concluded their announcement by stating:

"Tunisia faces significant political, economic and security challenges. The Norwegian Nobel Committee hopes that this year’s prize will contribute towards safeguarding democracy in Tunisia and be an inspiration to all those who seek to promote peace and democracy in the Middle East, North Africa and the rest of the world. More than anything, the prize is intended as an encouragement to the Tunisian people, who despite major challenges have laid the groundwork for a national fraternity which the Committee hopes will serve as an example to be followed by other countries."