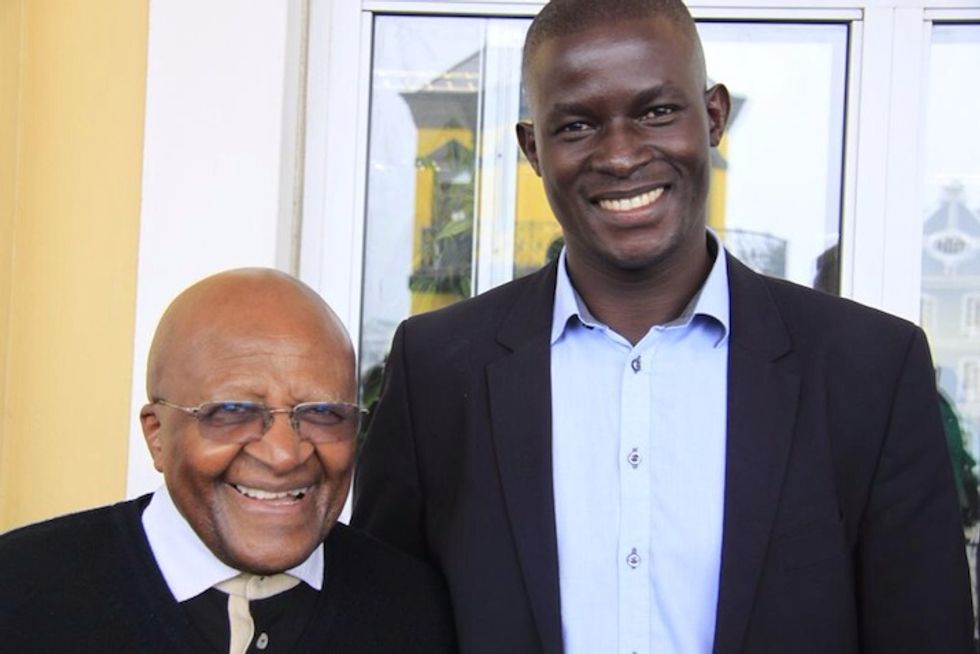 33-year-old Ugandan lawyer Victor Ochen and the African Youth Initiative Network have been nominated for the 2015 Nobel Peace Prize.

On Tuesday, the American Friends Service Committee (AFSC) nominated Ugandan lawyer and grassroots activist Victor Ochen and his African Youth Initiative Network for the 2015 Nobel Peace Prize. According to the African Leadership Institute, at 33 Ochen is the youngest African to be nominated for the award, which is one of the five Nobel Prize categories awarded by the Norwegian Nobel Committee annually (with a few exceptions) since 1901.

“Victor Ochen has consistently shown both commitment and effectiveness in his efforts to address the needs of victims. He has worked for transitional justice, while simultaneously promoting human rights through nonviolent means, nourishing the leadership skills of other young people, and challenging systemic issues that lead to the continued vulnerability and suffering of war victims,” the AFSC wrote in its nomination letter. Ochen, who was born and raised in Abia (a former command post of the Lord's Resistance Army) in the Lira district of northern Uganda, founded the African Youth Initiative Network (AYIN) in 2005. Supporting communities affected by the LRA, the Lira-based non-profit aims to bring about transitional justice and healing in northern Uganda through two key areas: medical rehabilitation and the promotion of youth leadership.

Ochen and AYINET “offer a unique and powerful example to be emulated by marginalized people all over the world," added the AFSC, a Quaker organization who themselves won the Nobel Peace Prize in 1947. "We therefore respectfully request that the Norwegian Nobel Committee recognize Victor Ochen and the African Youth Initiative Network’s work on behalf of victims of violent conflict by awarding them the 2015 Nobel Peace Prize.”

AYINET wrote in an acceptance note on their website, "The nomination is a sign of deep respect for victims and survivors of unspeakable atrocities who, instead of being crushed by war, struggled and regained their dignity that allows them to leave in peace with their fellow humans. Further, it is a recognition for those victims who have devoted their lives to heal others. Many such people represent AYINET today, notably our director and founder, Mr. Victor Ochen."

An earlier version of this article listed Victor Ochen as the first Ugandan to be nominated for the Nobel Peace Prize. Though not all nominees are announced, Dr. Frank Mugisha, a leading Ugandan gay rights activist, was nominated in 2014. Find more on Mugisha's work via Sexual Minorities Uganda, where he serves as Executive Director.