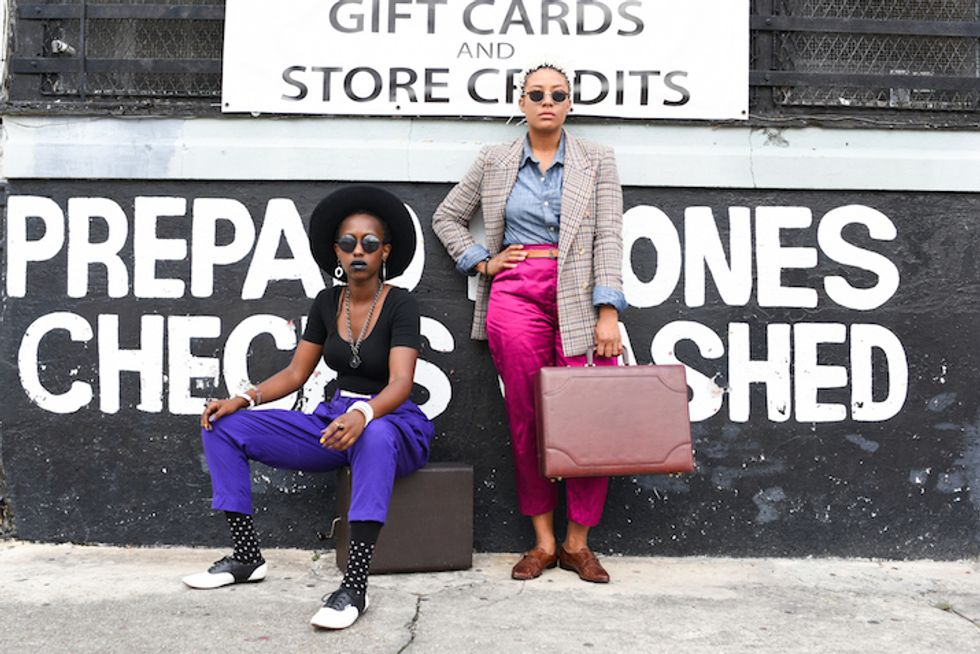 The "AfroFashion" blog Noirlinians is the brainchild of two friends interested in exploring the complex relationship between culture and identity throughout the African diaspora.

Mwende Katwiwa, a Kenyan writer and community organizer, and Denisio Truitt, a Liberian fashion designer and artist, are based out of New Orleans, which they've dubbed "the most African city in the U.S."

"The blog sprung from a series of conversations between us about how distinctly ‘African’ New Orleans felt from our experiences growing up as first generation or being an immigrant with strong ties to our respective cultures," wrote Katwiwa and Truitt in an email. "Through conversations, we realized we both were in the process of exploring our current and past relationships to clothing, place and identity and the idea for teaming up for Noirlinians to push ourselves to stay on this journey of self discovery...For us this blog is very much about seeking the bits of African culture that have been preserved in this city and not in other places we’ve lived in the states."

Last month, Katwiwa and Truitt shared the vivid photographs from one of their first street style editorials, a collaboration with New Orleans-based photographer danielle c miles' as part The Corner, an ongoing photo-documentary series on "confluence" in the Black community. In an email, miles explained the cross-cultural concept behind the series:

"I am documenting confluence amongst people of color, especially Black people. Black people everywhere have always been a very communal people. I chose to tie that in when they asked me to do some Noirlinians shoots because the blog focuses not just on clothes but also on ‘the most African U.S. city’. This gathering is tied to our ancestral roots. As more places in America become gentrified and our social interactions are now largely via social media, New Orleans has still managed to hold on to the African tradition of meeting in neutral places-- to trade stories, goods, information, ideas, play music and so on-- no matter how the social landscape has changed across the nation. I think this is part of why New Orleans has been able to hold on to its 'Africaness'. 'The Corner', to me isn't necessarily a reference literal corners, it is anywhere Black people converge."