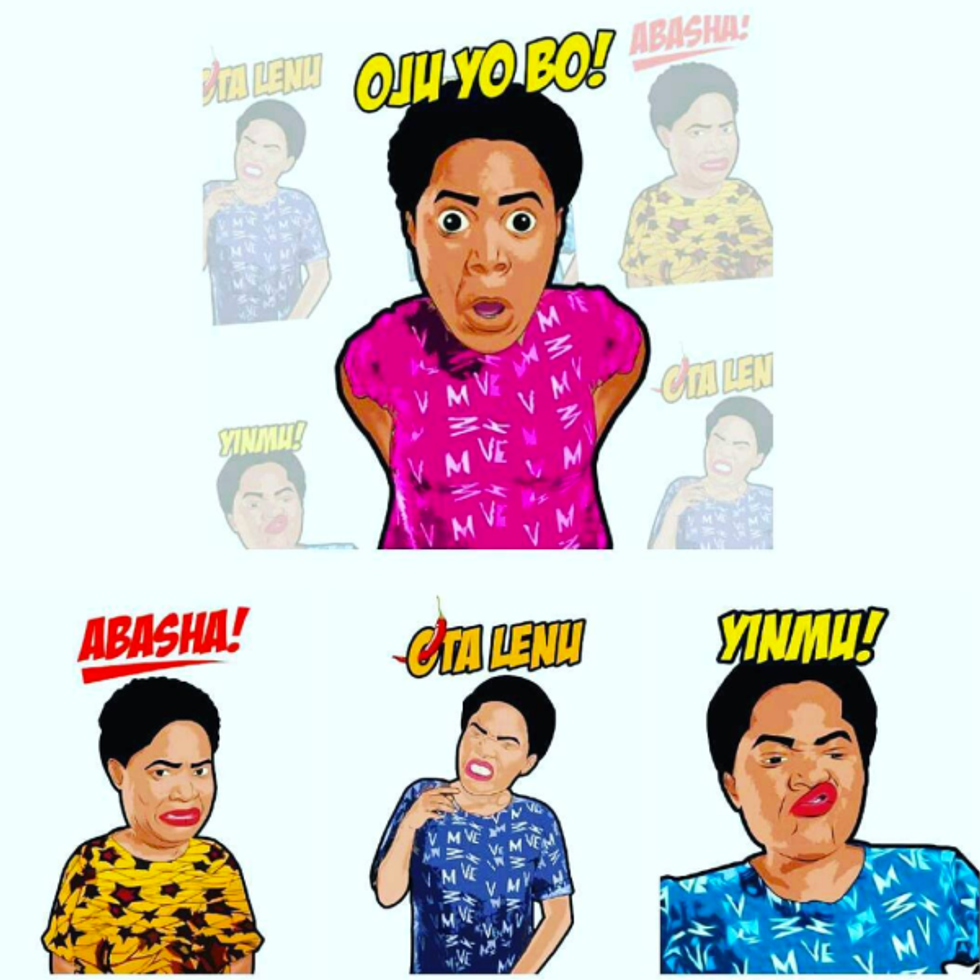 The emoji app will feature cartoon-like replicas of the Nollywood actress' facial expressions.

Emoji have been making it rain for celebs lately.

An estimated six billion of the digital shorthand icons are sent daily worldwide, and its popularity contines to explode, which translates into mega-bucks.

Kim Kardashian’s Kimoji app launched in 2015 nearly broke the Apple store, with 9,000 downloads per second at a cost of $1.99 (USD) translating into one million dollars per minute.

So it makes sound business sense that popular Nollywood actress Toyin Aimakhu would put out her own line of emoji with a Yoruba-twist, according to NET. After all, she has a new reality show coming out called "Keeping Up Toyin Aimakhu." Could Kim K. be her role model?

The actress, who picked up a Best Supporting Actress nomination at the 2013 Best of Nollywood Awards, announced plans to release “Teemoji” on Instagram Wednesday.

The subscription-based, emoji app will feature a set of cartoon-like replicas of Aimakhu’s facial expressions paired with colloquial Yoruba phrases.

@Regrann from @peoplespostng - We are excited much about Actress Toyin Aimakhu’s new venture. She is Set to launch her very own line of Emoji called ‘Teemoji' The subscription based Toyin Aimakhu - themed emoji app is a collection of replications of many of Toyin’s unique facial expressions matched with everyday local phrases and parlance in Yoruba Language. These unique emojis would allow users express themselves in more fun and relatable ways. The Teemojis would be available for download soon. #Regrann yes my emojis and it's called Teemojis It's in yoruba,let's promote our culture and with this I promise I will be able to help alot of my fans,coming soon,u can download it Yoruba smileys yoruba expressions Yoruba emojis #toyintitans #teemojis #yorubaemoji #yorubasmileys #prayformayowa Pls support this movement and hope u all are proud of me..we've alot of expressions and I promise I pledge with this I will be able to empower alot of my fans/#toyintitans #iyalaya #awolo #tuale #owanbe you will love it

Stay smiley as no release date has been revealed yet.