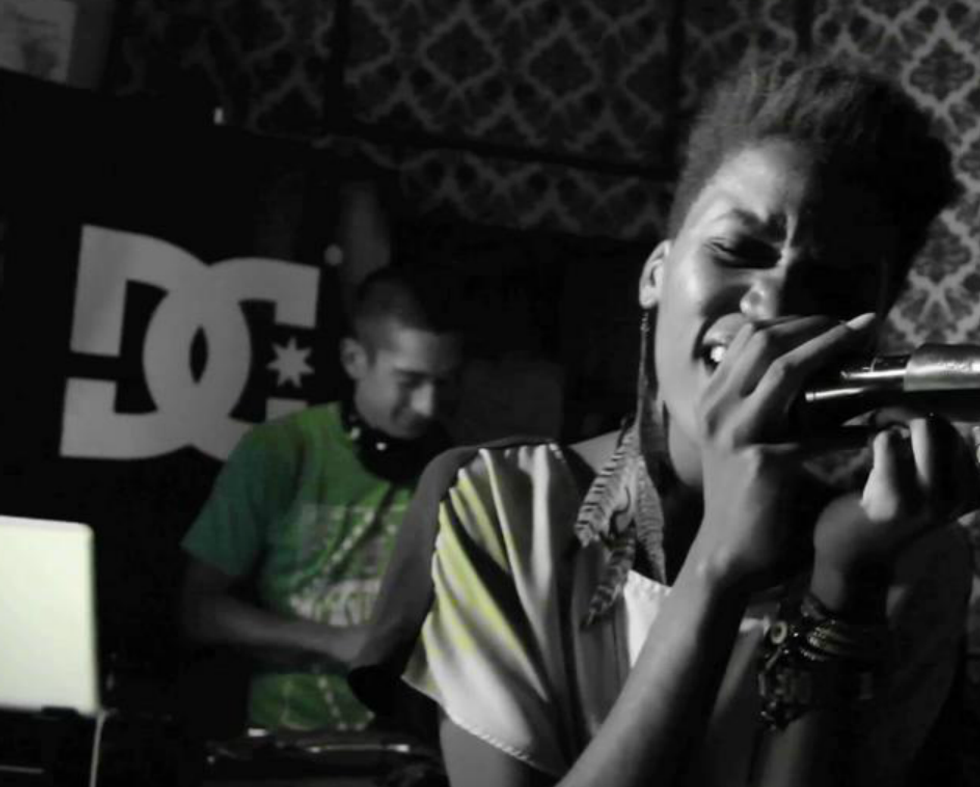 “I like the rawness of an idea when it begins" says up-and-coming South African songstress, Nonku Phiri. “That's when like, I personally feel what I'm saying is more authentic". Of the dozens of songs she's shared on SoundCloud – and the hundreds more sitting on her laptop - only a handful were written down before they were recorded: the rest were improvised using GarageBand; a programme she learned to use when she was studying graphic design at an advertising college in Cape Town. “The day I got my [Apple] Mac that's all I started doing, and only at night" says the 24-year-old singer; “so whatever I was either thinking about or like going through or whatever it is I'd heard, I'd sing about".

Nonkululu x Kool Out Lounge @ Kitcheners from theblaggTV on Vimeo.

Initially, the Jo'burg-born vocalist kept the late-night recordings to herself until rapper Jimmy Flexx, of hip hop trio Ill Skillz and a mutual acquaintance, encouraged her to share the music with a wider audience after a listen. She followed the emcee's advice and watched with surprise as the nocturnal compositions assumed a life of their own on the web. “I didn't realise that as much people were listening until I started looking at the amount of follows and listens". In addition to the 'song sketches' she also shared covers she'd done including her brilliant reworking of Icelandic singer Björk's “Oceania" and Frank Ocean's “We All Try" (stream both tracks below).

At the beginning of the year, after nine months working for an ad agency, Nonku decided to give up the daily grind of the rat race to earn her keep as a musician. “It's been a blessing for me to quit work and get to start doing what I want to do" she says. True, the decision seems to be paying off; aside from releasing her debut mixtape, Clouds of Nocturne: The Luv Mvmt, she's also recorded notable collaborations with electronic music DJ/Producer extraordinaire, Richard the Third for “Unfortunate Fool" (stream below), and house music duo, Crazy White Boy for “Zoma", and her second mixtape is due out next month. “I'd describe myself as an experimental artist I guess. I don't like boxing myself in or following any formula" she says; “so whatever comes out it's organically put together based on what I'm experimenting with".