Nonso Amadi Is Making His Unique Blend of Afro-Fusion 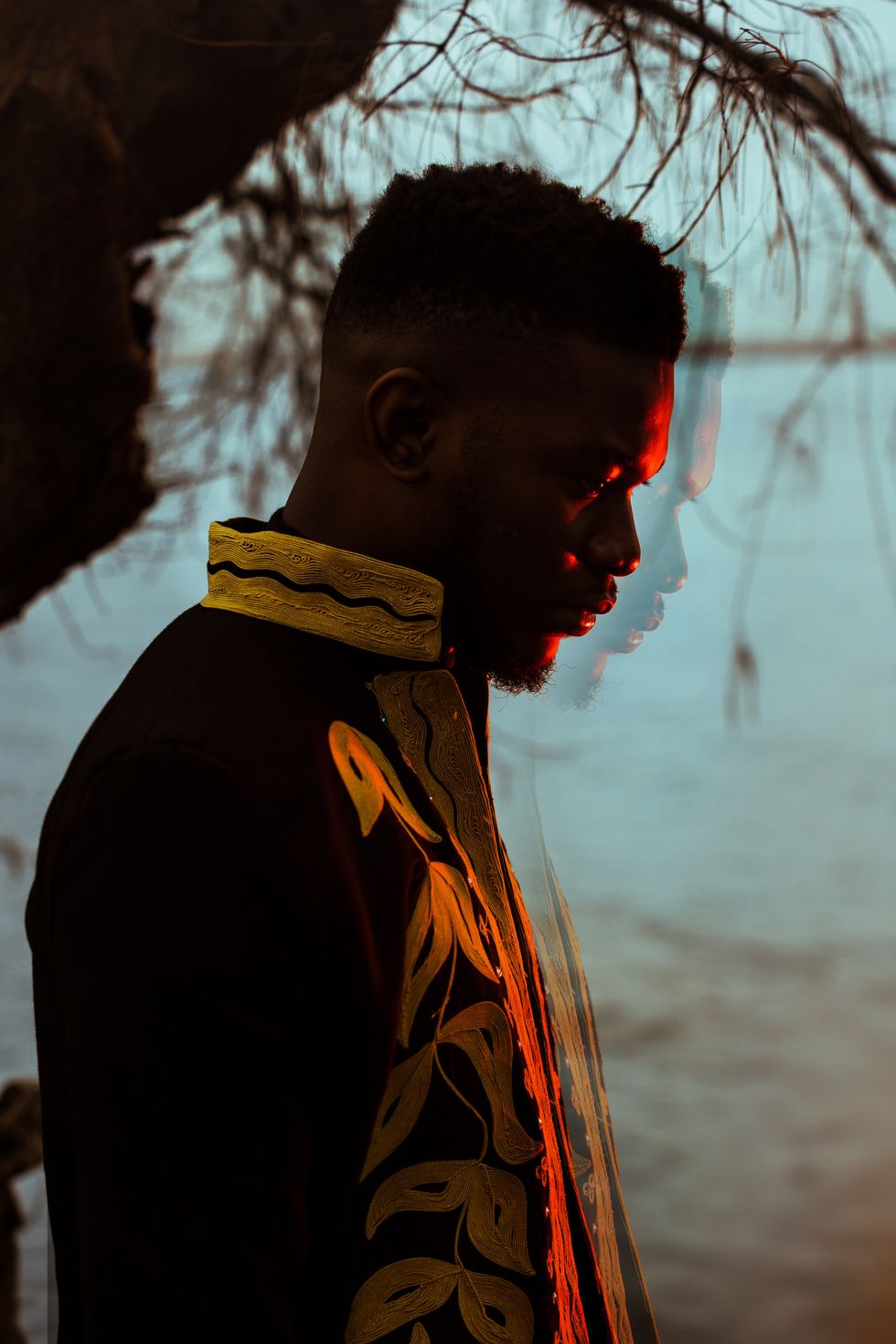 We speak with the Toronto-based Nigerian artist about his new self-produced EP, Free, which includes features from Mr Eazi and Simi.

Nonso Amadiis a Toronto-based musician cooking up his own blend of afro-fusion by mixing influences from his Nigerian background with elements of RnB, soul, pop and much more.

His releases and production over recent years have made Nonso one of the standout acts from a new wave of young Nigerian artists experimenting and pushing boundaries on both sides of the Atlantic.

The 23-year-old artist just dropped his latest release, Free, a 6-song EP which features appearances from Mr Eazi on lead single "Go Outside" and Simi, who provides vocals on "Better." The EP was entirely produced by Nonso himself, with a little help from British-Ghanaian producer Juls and AoD.

We spoke with Nonso Amadi during a visit to NYC about his genre-bending EP below.

Where does the title of the Free EP come from?

So it started with me having this experience where I felt like, being in a relationship, there's times where you might feel like you need a little bit of space. Maybe your partner is always around or something. And I felt like, "Okay, let me do a tape where it revolves around the other side of love where it's a little too much for you. I need a breather sometimes." But then once I began creating the tape, the expression free started to broaden into being free to create different genres and being just free from boundaries because there are things I was involving in the songs that weren't my typical sound.

Has your sound changed in these songs?

Yeah, definitely. It's still afro-fusion, because afro-fusion is a really broad term. But it's elements of the fusion that I've never experimented with before that are interesting.

What elements are you adding?

[It's] more African. Because my fusion was leaning a bit more towards the Western sound—R&B, soul, and a little bit of percussion here and there to make it African. But now, it's like the terms I'm singing with, the instrumental itself, the chords and progressions are more African now.

Your parents are Nigerian and you currently live in Toronto. Tell me about your background.

Tell me about some of these features on the Free EP. You have Mr Eazi and Simi on it.

With Simi, it was really organic. I really wanted Simi on the tape and I didn't know how to approach her because we've never spoken, we're not following each other. I didn't know any mutual friends, nothing. And one day I was in London, I was in one of the biggest malls in London and I just bumped into Simi. I thought that was so weird. I just bumped into Simi in a store, like randomly, and I was like, "Hey, what's good?" And she knew me, thank God she knew my face. And she was like, "Hey, so come by. Let's chat, whatever." And I played her my tape, what I was working on, and she said... first of all, she said she wanted to steal my beats to make her own songs. But then later on, we decided to do one of the tracks.

And then Mr Eazi has just been a mentor to me for a lot of reasons. So he was on board from the get go.

Tell me about the lead single "Go Outside," with Mr Eazi.

That song, it's the outlier in the entire tape. It's the only song that doesn't necessarily merge in with the "free" term. It's just more so a flex, it's more African. I've been listening to Mr. Eazi for quite some time and I identify with a particular thing about his sound, which is the beats and his flow. So I did something along those lines that didn't come to me as the "free" thing. It just came to me as like, "Yo, you're flexing your own, the girls are all over you" and stuff. And I did that and then I put him on the track and he killed me, as I say.

You produced all of these songs yourself?

Yeah. All the songs are produced by me using Ableton. I've been producing for eight or nine years... most of my songs are produced by me. I started out as a producer. I basically came across an application called FL Studio. And I played around, made some ringtones, and then I made this beat and I'm like, "Oh, who's going to rap and sing them?" Then I decided to try it out. But I'll say it's been an obvious growth from when I started to now. Just even being here, having this interview is evidence of how much progress I've made.

There's no scene in Toronto. There's an underground scene, but for Africans, there's barely any scene. The main players in the music industry in Toronto are the top three guys, Drake, The Weeknd, and who else? It's Daniel Caesar, I think. But everybody else is just ... It's still a growing scene. I don't mean to be too harsh on it, but right now, it's like a secondary market to the United States. Because most of the stuff up in here is what you hear on the radio there. So yeah, it's still growing.

Any last words about the new EP?

It's a refreshing, soulful, well put together body of work. And I feel like it's something that people enjoy listening to, whether you're taking a drive in the nighttime or your favorite song comes up in the club. It's a song for everybody on there. I put a lot of thought into it and I'm definitely proud of it.