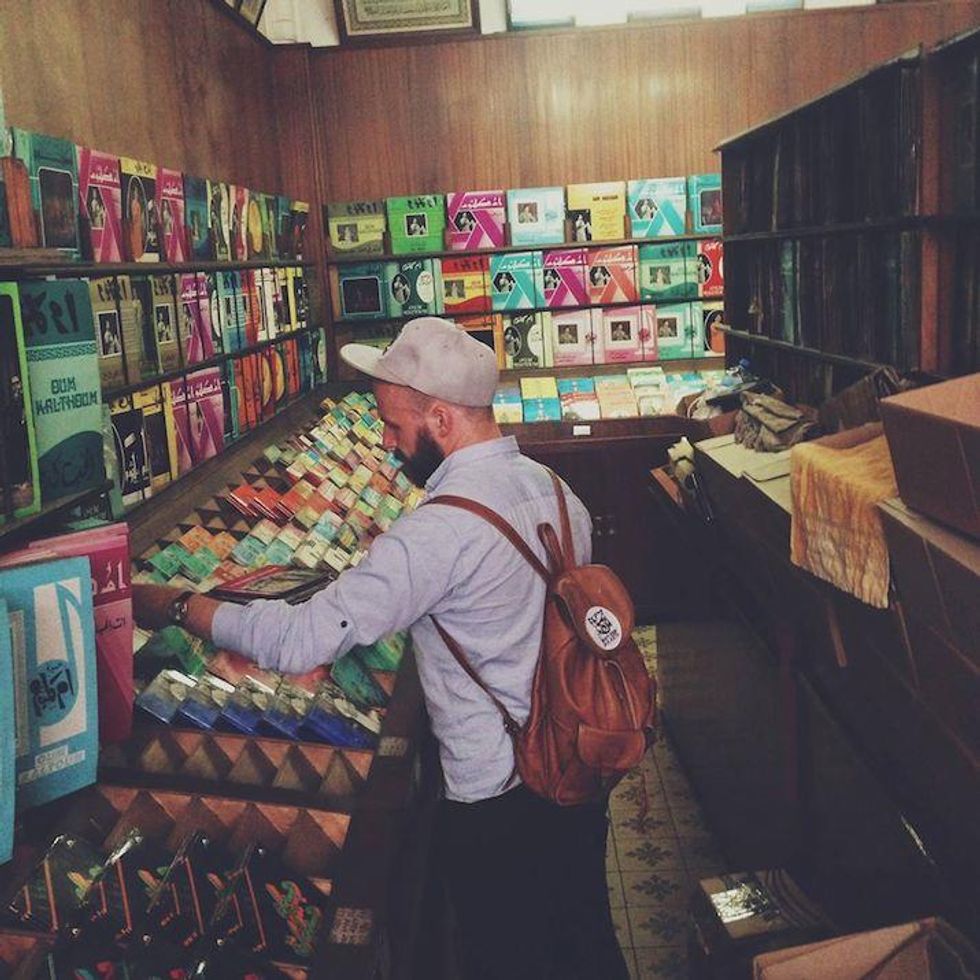 Throughout the year, Jakarta Records co-founder Jannis Stürtz has been collecting vintage Arabic records as he travels across Northern Africa in search of music to release on his new imprint Habibi Funk. In his latest Habibi Funk 004 mix, Jannis presents of some 1970s and 80s gems he came across while looking for the family of Casablanca artist Fadoul, whose Al Zman Saib album is being re-released through Habibi Funk in December. The 37-minute mix runs through some standout tracks from Algeria, Morocco, Egypt, and Tunisia, as well as two songs from Lebanon.

"In the last couple of month I had the privilege to be able to travel a lot for DJ gigs and in order to find Fadoul's family," Jannis explains in the mixtape's Soundcloud description. "I spent some time in Morocco, Tunisia and Jordan. This mix is some of the music I found, a few trades are in there too. It's quite a colorful range. Disco from Algeria and Morocco, a James Brown cover from Egypt, a modern soul meets reggae hybrid from Tunisia, a new Fadoul track that the internet doesn't seem to know of yet and some other great bits and pieces. Come along to another journey to the funky side of the Arab world."

Stream Habibi Funk 004 and check out the mixtape's tracklist below. For more throwback sounds check out the previously covered second and third installments in the series.