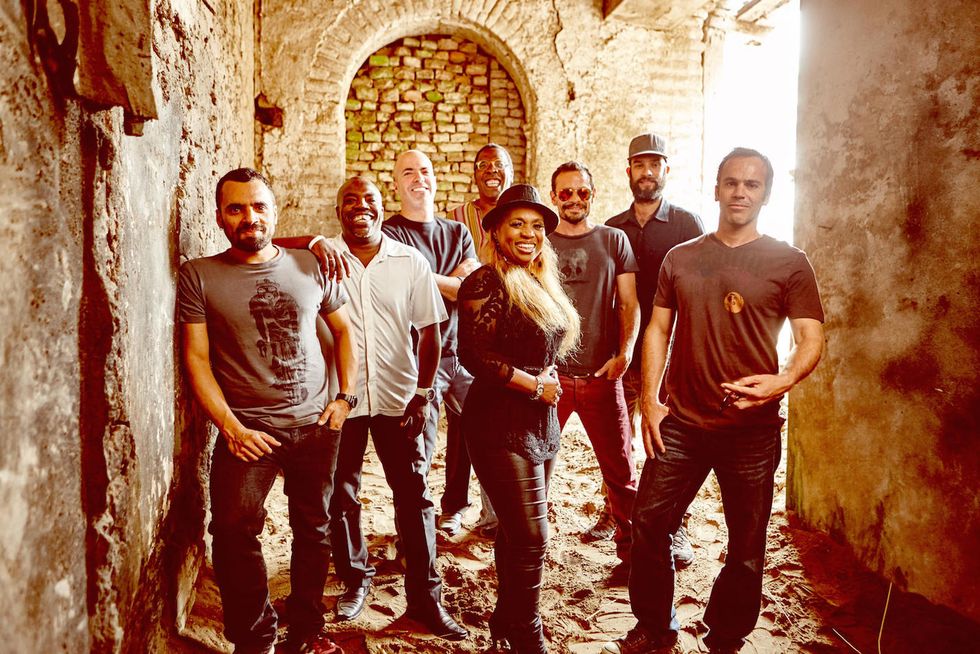 South African producer Aero Manyelo lends his hand to a remix of the Afro-Peruvian band Novalima.

South African producer and recent Batuk co-founder Aero Manyelo has lent his hand to a remix of the Afro-Peruvian band Novalima.

The rework is of the track “San Antonio” off the Lima-based group’s Planetario album, originally released last year on the Brooklyn-based Wonderwheel Recordings. It will appear on a new EP of Planetario remixes, which also includes contributions from Jose Marquez, Chris Annibell and Gigi de Martino.

“We thought the cross cultural fusion of South African house and traditional African/Peruvian sounds was an interesting one and commissioned him on a remix,” the label writes in an email to Okayafrica.

The result is a pulsing, dance floor-primed blend of Latino rhythms and futuristic Mzansi beats. Listen to our premiere of Aero Manyelo's "San Antonio" remix below.

Novalima's 'Planetario Remix EP' is out January 29. Pre-order it here and you’ll get an instant download of Aero Manyelo’s “San Antonio” remix.