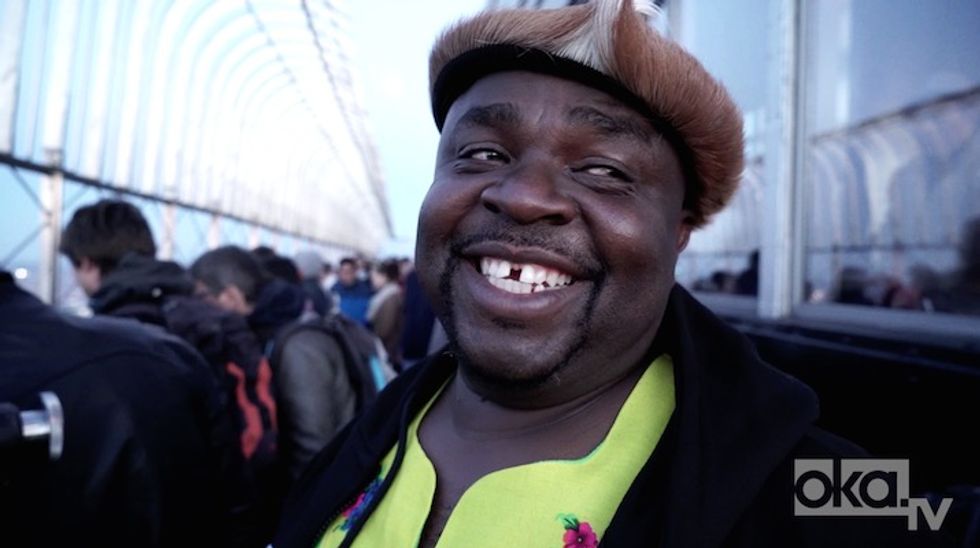 When Shangaan electro pioneer Nozinja travelled to New York City for the first time ever last month, Okayafrica TV was on hand to document the historic trip. The South African producer, who made his Warp Records debut on June 1, says that what he wanted to do most in New York was showcase his Shangaan culture. "Anything that we do when we're excited, the first thing that comes to our mind is to dance," the Limpopo-born artist says about his people. Decked in traditional bright colors and joined by his three-person Shangaan dance team, Nozinja brought his lightning-speed 189 BPM productions to Brooklyn for Red Bull Music Academy's Electronic Africa alongside Pretoria's 'Bacardi House' mastermind DJ Spoko and Angolan kuduro superstar Titica, as well as New York landmarks like Washington Square Park and the Empire State Building. Below, Okayafrica TV presents Nozinja's first trip to NYC. For more, watch the producer's recent computer-generated 3D music video for “Baby Do U Feel Me."

Nozinja Lodge LP is out now on Warp Records.