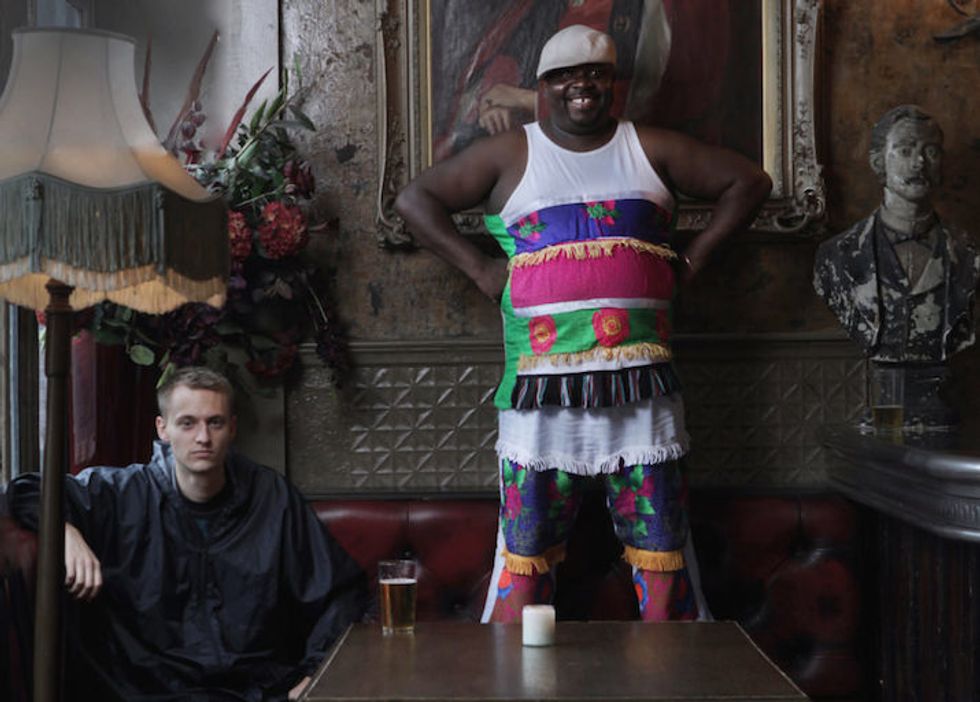 Last week we reported on the upcoming release of the collabroative dual 12'' single 'Wachaha' from South Africa's Shangaan Electro king Nozinja and UK breakbeat maestro Tessela, coming out on Bleep on February 9. In a brief e-mail interview with The Fader, Nozinja sheds some light on the meaning behind the track, explaining that "'Wa Chacha' is a song that is sung by women, especially the mother of a girl who is back from adulthood or school". The 12'' record features the original version of the song written by Nozinja, along with an interpretation from Tessela. While it may be easy to assume that this 12'' release fits the standard original single/remix format, further inquiry reveals a creative process born out of a genuine cultural and technical exchange."Tessela and I played a show in London together and we we were both in a hurry to do something together," Nozinja told Fader.  "He's very good at mixing sounds. I taught him Shangaan sounds and drums and I learned how he puts together different sounds. I wish to do it again." Nozinja is also currently working on his debut album for Warp, so maybe this collaboration will happen again sooner than we think. Listen to the full stream below.