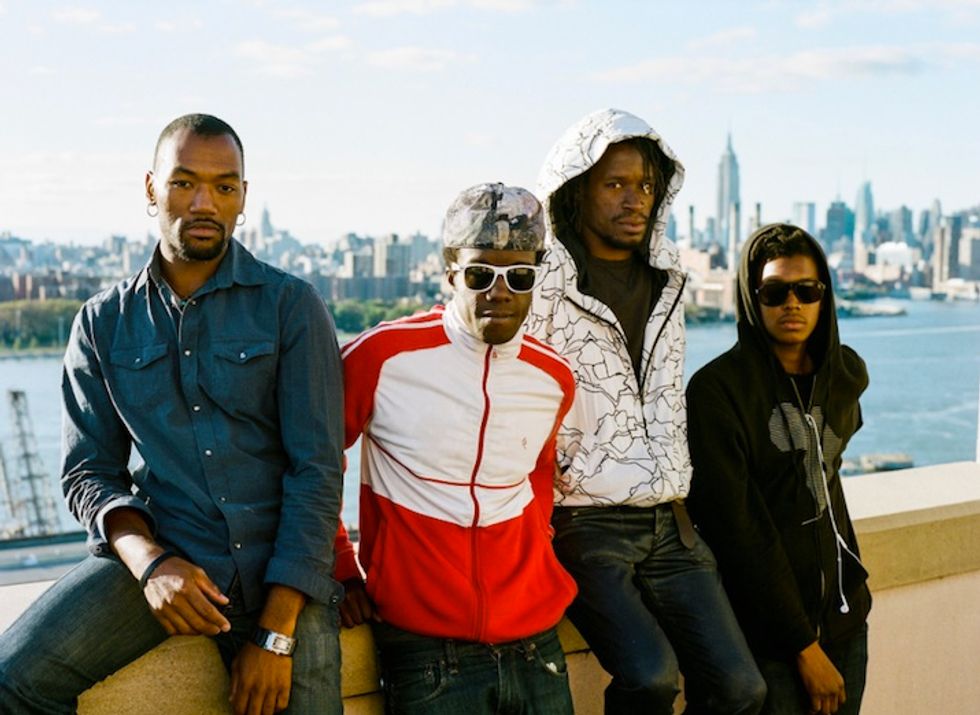 Dragons of Zynth, the NYC indie/psych rock outfit fronted by Ghanaian twin brothers Aku and Akwetey, are prepping the follow-up to 2007's Coronation Thieves, which featured the likes of Karen O and David Byrne and was produced by TV On The Radio's David Sitek. Why's it taken them so long to record a followup? Well, among other things, they've been touring the world playing backup for Santigold and acting in HBO's Boardwalk Empire. DOZ will be playing their first show of the year at Highline Ballroom this coming Wednesday, Feb. 19 alongside Okayplayer favorites denitia & sene. Don't sleep on the show — all info in the flyer below— and while you wait, stream an unreleased DOZ track "Kim." Grab tickets here.