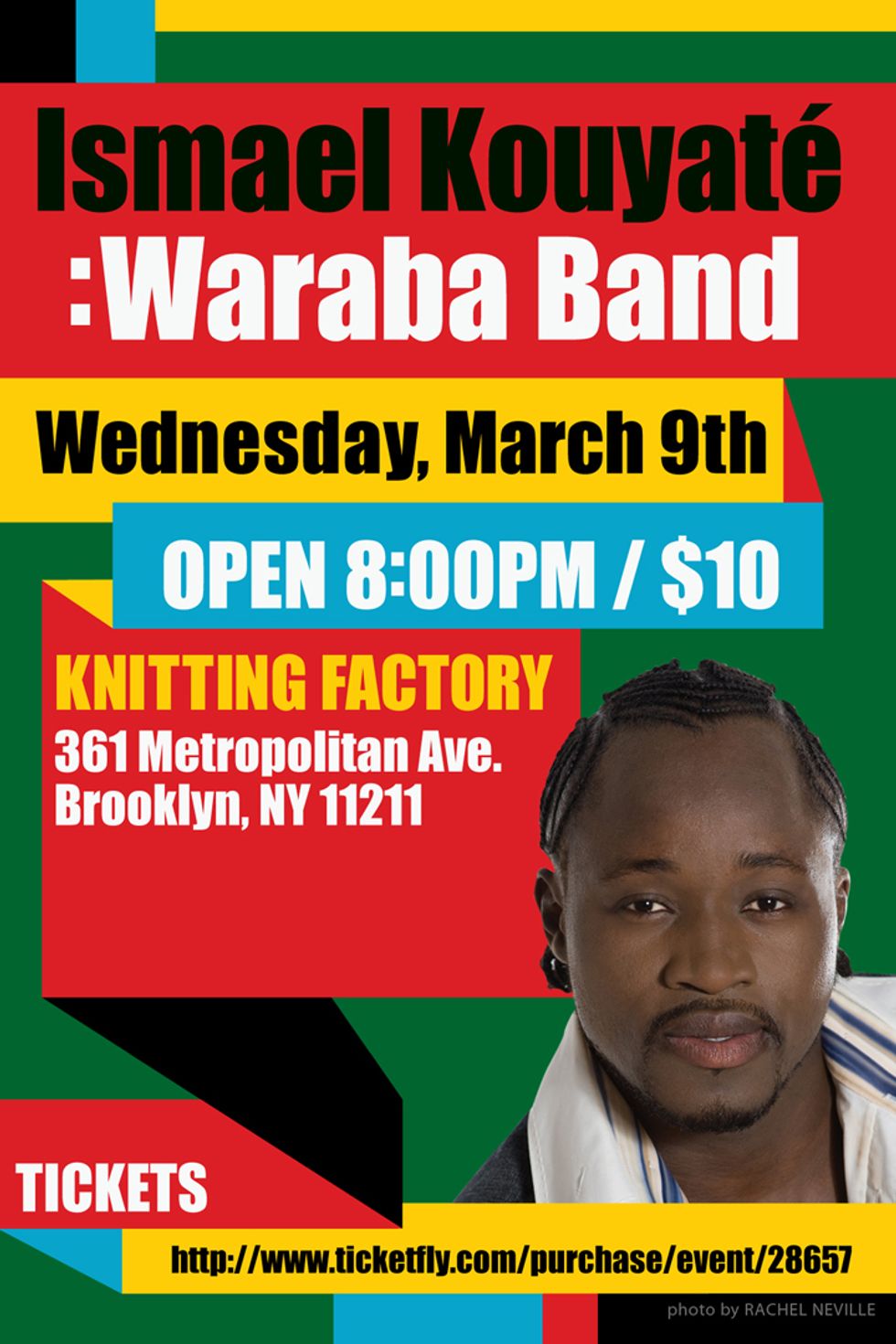 Dancer and Griot Ismael Kouyaté to perform at the Knitting Factory in Brooklyn.

You may remember him from his haunting Mandingo chants and his hilarious portrayal of Geraldo Pino in FELA! Now that the show is over, dancer and Griot Ismael Kouyaté is back to performing again. Lead choreographer and performer in Guinea's National Company "Les Ballets Africains," Kouyaté has traveled all over the world performing and teaching dance. He'll play tomorrow night at The Knitting Factory in Brooklyn, with his Waraba Band, which includes musicians from Antibalas and other Afrobeat greats. Above, check out a video of him at a Fela! rehearsal for a quick preview of what tomorrow night will bring. Details for the show below.