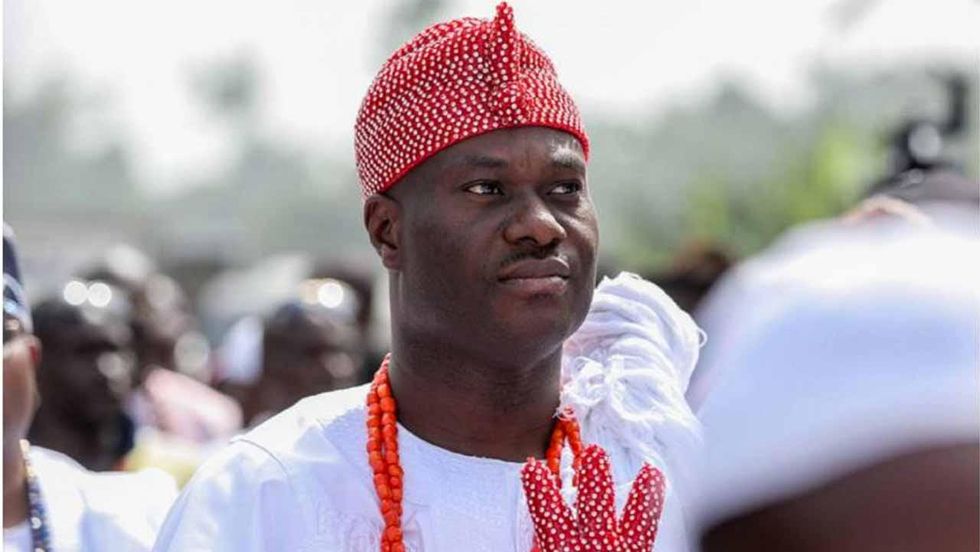 A visit to the White House, the Odunde festival and ‘Yoruba Day,’ and more make up the 51st Ooni of Ife Oba Adeyeye Enitan Ogunwusi’s busy U.S. visit.

As we mentioned previously, the 51st Ooni of Ife Oba Adeyeye Enitan Ogunwusi is to have a private reception and take part in a public arts forum hosted at Museum of Contemporary Diasporan Arts (MoCada) in Brooklyn, NY. There, he’ll be in conversation with Okayafrica’s CEO Abiola Oke.

But word is now that on the same day as Monday’s event, NYC Senator Kevin Parker and the Brooklyn Borough President Eric Adam have obtained permission to declare June 13 as “Yoruba Day” to honor the 40-year-old monarch, Punch reports.

U.S. President Barack Obama will also receive and honor his Royal Majesty as an Ambassador of Peace at the White House on Wednesday.

Additionally a jam-packed U.S. visit includes a special guest appearance at the illustrious Odunde Festival in Philadelphia, Pa, which was established in 1975 to celebrate the Yoruba people and captivates 500,000 people annually. It will also be an opportunity for the traditional ruler of Nigeria’s Ile-Ife—considered the birthplace of all Yoruba people—to engage more than 3,000 Ife indigenes living in the U.S. on development of the ancient Yoruba town. Plans are already in the works for the king to invest in a much needed 100-acre cashew plantation—news that the National Cashew Association announced Monday, as Vanguardreports.

“All Ife natives in the US are excited and energised for this epochal occasion,” one of the leaders of Ife Ooye North America group, Chief Olubunmi Awopileda says, according to Punch. “It will be an occasion to showcase our very rich culture with our king as the symbol.”

The Ooni of Ife paid a visit to United Nations headquarters in NYC, Naira Naija News reports, as well as an African Burial Ground Monument in lower Manhattan on Friday.