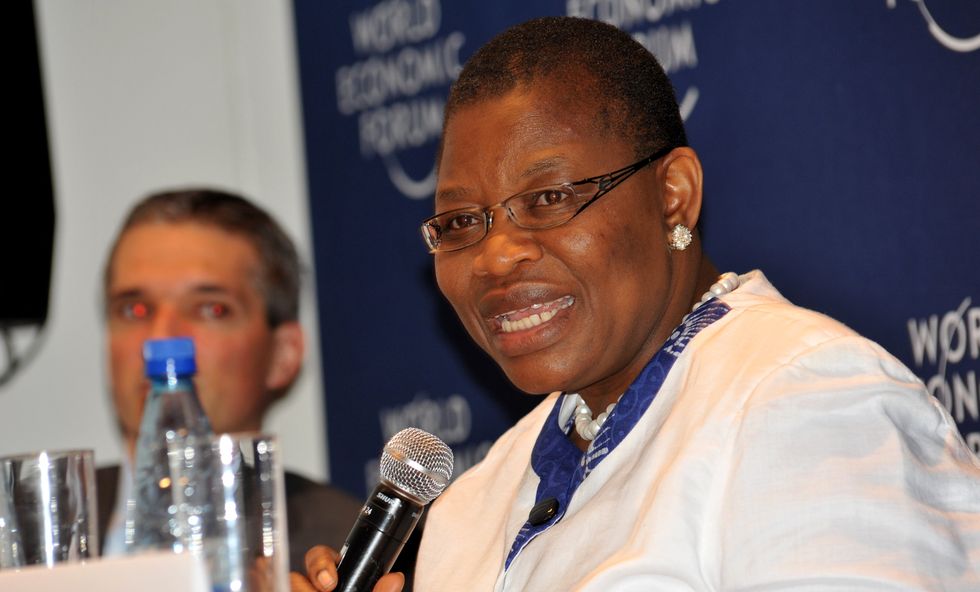 The Nigerian elections are just under a month away, and the race is only intensifying.

Today, one of the election's main opposition candidates, Oby Ezekwesili, known for her leadership on the 2014 #BringBackOurGirls campaign, has withdrawn from the race just 23 days before the election on February 16.

According to a report from Reuters, Ezekwesili has removed her name in order to help build a coalition that aims to present a viable candidate to challenge the presidential frontrunners: incumbent president Muhammadu Buhari of the All People's Congress and former vice president and leader of the People's Democratic Party, Atiku Abubakar, who is running an a platform of economic renewal.

She was the only woman running for office in the 2019 election.

"I have decided to step down from the presidential race and focus on helping to build a coalition for a viable alternative to the #APCPDP in the 2019 general," said Ezekwesili in a tweet.

I have decided to step down from the presidential race and focus on helping to build a Coalition for a viable alter… https://t.co/ALxJJlRlfw
— Oby Ezekwesili (@Oby Ezekwesili) 1548309746.0

Ezekwesili was one of that three candidates that took part in the tempestuous presidential debate in Abuja last Saturday, which both Buhari and Abubakar failed to show up for. Though she was not considered one of the frontrunners of the race, her withdrawal still comes as a surprise to some.

The politician added that she came to the decision to withdraw her name after observing responses from citizens following the debate, and consulting with fellow leaders.

The accomplished former government minister, is also the cofounder of Transparency International, an anti-corruption organization. She was considered for the 2018 Nobel Peace Prize for her anti-corruption work.