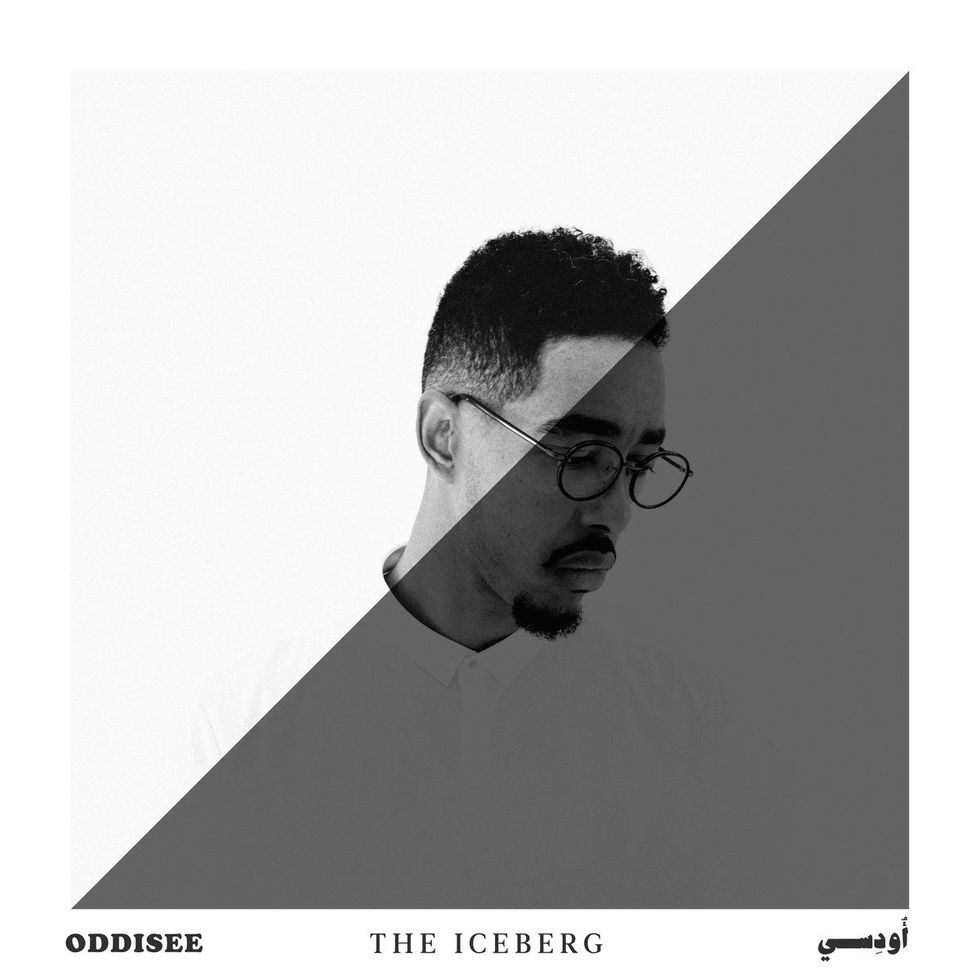 Rapper and producer Oddisee has released his latest studio album 'The Iceberg.'

Rapper and producer Oddisee has released his latest studio album The Iceberg.

Oddisee, who was born Amir Mohamed el Khalifa in Washington D.C., dropped the project towards the end of last month. Running 12 tracks long and just over 45 minutes, Iceberg is a sonically cohesive body of work that manages to neatly pack powerful and important overarching themes.

The album is political, as much of Oddisee’s previous work has been, touching on economic inequality, consumerism, race, xenophobia, and sexism. Searing stories, many of them personal, are told to illustrate larger social forces and their often disastrous psychological toll, particularly on black people, people of color, and immigrants.

Oddisee’s mother is African-American while his father is Sudanese. Growing up the rapper spent summers in the North African country. The Trump regime’s Muslim Ban, both of them, list Sudan as one of the seven, and then six countries whose citizens are being barred from entry into the United States.

The Iceberg is big and expansive, its multi-layered sounds, brought to life with the help of a live band, compliment Oddisee’s vocals and reflective essayistic lyrics. Pulsating beats and beautiful arrangements can be found throughout. Much of Iceberg feels like an outstretched a hand, one offering understanding, a call for reflection and critical thinking.

The album opening “Digging Deep” does just this, swelling into a grove, setting the stage for the remaining 11 tracks. Oddisee’s message is a pertinent one, particularly considering our current political milieu, the anger and resentment felt by many, the stark division that plagues the world. “Things,” the second track and the album’s first single, samples Stevie Wonder‘s 1972 track “Superwoman” transforming it into a gorgeous and bouncy song that asks us to look both outward and inward.

Making music or art that honestly analyzes and criticizes the world does have its price. In an interview with Noisey, Oddisee spoke about being billed to perform at President Barack Obama's farewell party back in January with rappers Kendrick Lamar, Chance The Rapper, J. Cole, and others. But as the performance date neared, Oddisee was informed that he was being pulled from the bill for his controversial music. The DMV rapper hypothesized it was his track "Lifting Shadows," a song from last year’s EP Alwasta that addressed Obama’s devastating drone war, that made the White House change their mind.

In that interview Oddisee also remarked, “No one really wants to do the hard work of understanding why things are the way they are.” He continued, "My message is to try to bring everyone together to realize that we're not all that different.” It’s a message that rings clearly throughout Iceberg.

“Built By Pictures” tackles Black people’s relationship to money, economic access, inequality and the influence of consumerism as exacerbated by the forces of capital and their tools of propaganda. He raps, “Why do my people spend more and have less than/ No seat to eat the meal that I'm responsible for cheffing.” On “You Grew Up” Oddisee tells two stories of two different boys, and the effect hate can have on an individual and the extremes it can draw them to.

Protest songs like “Nnge” (Never Not Getting Enough) featuring Toine articulate that Black people have been struggling prior to the election of Trump while also paying homage to D.C.’s go-go scene. He raps "I'm from black America this is just another year/ If you're new to disrespect by your elected puppeteers/ Well let me show you how to persevere.” Though there is hope for a better future, there are moments of doubt as expressed on the album’s soulful closer “Rights & Wrongs” featuring Olivier St. Louis.

Making music that touches on social issues and politics runs the risk of turning didactic, preachy, a sacrifice of fitting in a crucial point or theme at the expense of cadence or flow. Iceberg is an important musical statement in an uncertain time, one that is able to find its balance in the chaos, a graceful dance that swells and resides at the right moments.

It’s a project that manages to constantly and diligently say something that means something, a collection of songs that smoothly flow into each other, songs that relay a snapshot of the human experience, simultaneously straddling below the water and above it, partially frozen and partially liquid, music that somehow is able to soaringly sing about understanding and love in a sea of confusion and insularity.