Odunsi & Nonso Amadi Are Making Nigerian R&B For The Future 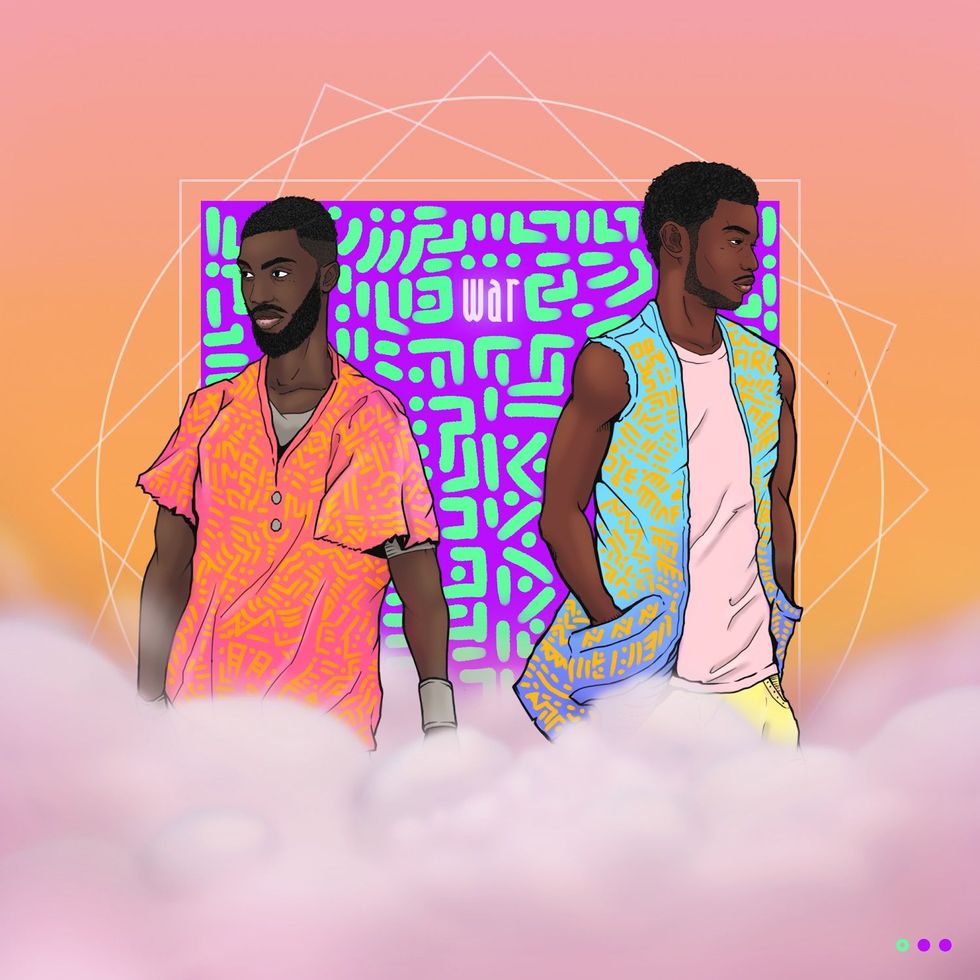 WAR is the bellicose title of this new EP by the most un-bellicose pair, Nonso Amadi and Odunsi The Engine.

On the surface, two good-looking, sweet-voiced singers titling their joint project WAR seems like an attempt to harden a soft image. But then, calling it LOVE would seem like the most obvious thing to do.

All four songs on WAR have one word titles, suggesting singular emotional focus.

The sun-dappled “Oceans” likens cascading emotions to drowning in a sea, which as metaphor would impress any love interest, but in practice should really be discouraged.

The influence of Craig David’s “Rendezvous” can be heard in the light piano arrangement and use of treated vocals on the chorus.

As if not to overstay it’s welcome, “Stay” comes under two minutes and finds the pair imploring a lover not to leave.

Far from simply avoiding conflict, the pair turn out to be pacifist on the titular “War,” ceding much more ground to a lover than the title suggests,“I’ve been waiting for you girl, I’ve been patient for so long” and elsewhere “maybe you could text me later.”

The beat-change on the last 35 seconds may n0t alter the song in any significant way but is a nice touch, if only because it is unexpected. It also, for a moment, brings back the old feel of real surprise when bonus songs, unadvertised, are found on albums.

The most affecting song here is “Don’t.” Rarely do songs about rejection sound like declarations of love but this one does.