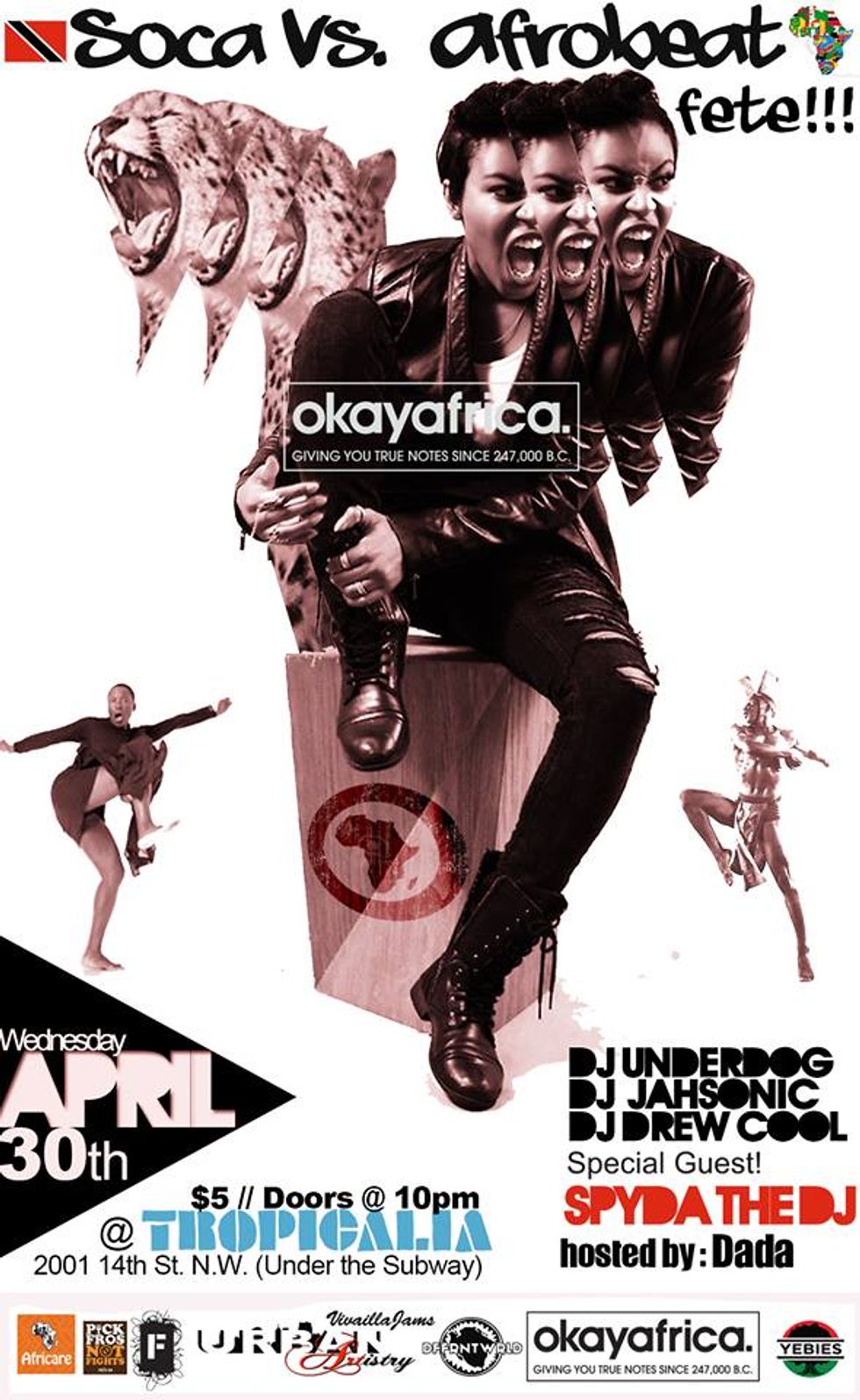 DC’s number one diaspora dance party delivers the celebration this Wednesday, April 30th, with its first ever “Soca Vs. Afrobeat” special! Almost two years deep, #OKAYAFRICADC has been the foundation for the African music diaspora in the nation's capital! Joining forces on the 1s and 2s this time around is an all-star lineup of DC's best Soca and Afrobeat DJs, including Okayafrica's apostle/resident DJ Underdog joined by DJ Drew Cool and DJ Jahsonic and special guest Spyda The DJ who have a slew of surprise mashups and remixes up their sleeves. Anything is fair game, but you will probably hear some Soca, Samba, Mzansi, Tribal house, Kwaito, Kuduro, South African House, Zouk, Soukous, Azonto, Kukere, Coupe Decale and Hiplife. No pretensions, no commercial radio nonsense, and no wallflowers ever. Sweat, release and let go!