The OkayAfrica Guide to Getting Your Movie Into Film Festivals 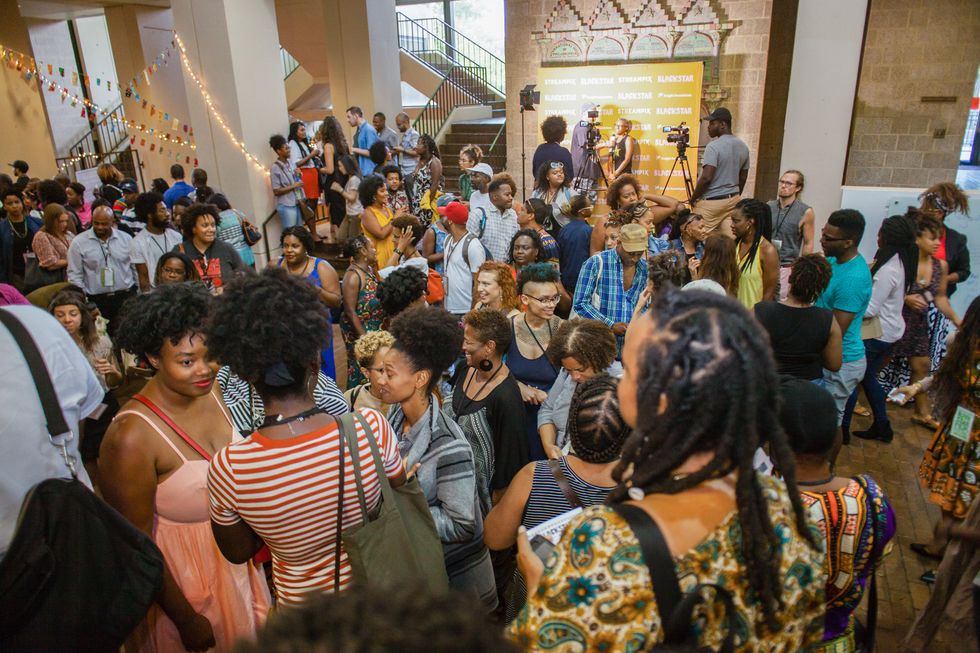 We spoke to industry professionals and composed an ultimate guide on how young Africans can break into the film industry.

African and diaspora filmmakers face some of the biggest obstacles to becoming successful filmmakers. Yet recently, African and black filmmakers have begun to rise in the Hollywood film and TV industry. There is an influx of great stories finally being starred, shot, directed, cast, and written by people from, and of, the continent.

If you're a first time filmmaker, and have any dreams of going further in your filmmaking career, you may be wondering where to start? Film festivals are not just a space where you can make your debut as a filmmaker. They are a place where you can establish your voice, introduce yourself to the world as a visual artist, groom your skills, make connections, and most importantly, have fun and soak in the creative atmosphere. As Aidah Z. Muhammad, the Associate Festival Director and Senior Programmer of the Urbanworld Film Festival in an interview with OkayAfrica put it, "they create this really beautiful kind of one stop community. It's everybody that gets excited about what you get excited about in one place. It's the same model of a conference or a shoot, or even a concert. It's bringing people together in this one space and curating their experience so that they can either walk away feeling like they got something from it, or connect with someone that they could potentially build something later with."

To become a successful filmmaker, you have to start by putting yourself, and your work, out there, which is why film festivals are often the first way to go.

We spoke to some of the most prominent filmmakers, festival programmers, and filmmakers for their advice on how you, as an African/African diaspora filmmaker, can approach the film festival circuit and change the perennial lack of inclusion. We will not only challenge this issue in this guide, but also foster solutions to the problem.

You can view our step-by-step festival guide below.

"We, a lot of times, have many ideas kind of bubbling in our brains and in our hearts around what we wanna see on the screen, or whatever our medium is, and we don't always get it to completion." (Aidah, Urbanworld)

Yes, some film festivals accept film submissions that are near completion, as long as the film is completed before the festival start date. However, many do not. Although many film festivals like to boast they do not heavily weigh acceptance based on aesthetic, here's the trickery— they do. How can a film be fairly judged if it's not complete? Would you want to watch or judge a film that is hardly completed when you have hundreds, if not thousands of other films to watch that are ready to go? If you won't be out of post-production by the time the particular festival comes around, just wait until next year.

2. Identify Your Target Audience + What You Want to Get Out of Being in Film Festivals

"And then once you have that idea, then you can really pitch or sell or convince anyone else that your work needs to be heard by someone." —Aidah, Urbanworld Maori Homes, founder of Blackstar Film Fest, gave us insightful advice. She says, "They should know that festivals are only a piece of distribution. Sometimes getting their own press or social media buzz can land them the same effect—so they should consider why they want to get into a specific festival. Is it to gain connections, go on vacation, build an audience? And go from there."

Unfortunately, filmmakers, and I include myself when I say this, tend to hate speaking and especially formulating their creative vision in one sentence. Yet it is something that simply has to be done. When you attend the film festival, or try to gain your audience, you have to hook them and it can't take several minutes just to do that. Additionally, your pitch will have to accompany your submission under your film's synopsis. You don't want to be the filmmaker whose film is endlessly passed around by festival programmers due to procrastination because your film summary is irrelevant, drawn out or not interesting enough. 4. Come Up With A Budget

This really should be completed during the pre-production stage of your film project when you are conducting a budget for the film. However, not to worry, if you skipped this part, as this budget will contribute to festival submission costs. Yes, unfortunately, you'll have to spend more money, but luckily, it's not all that bad.

Most film festivals have several deadlines to submit your film to them. The earlier deadlines are usually cheaper, while deadlines closer to the festival date have risen prices. The good news? Many festivals have no submission fee, while others have discounts according to potential status.

Tip: Don't be discouraged if you are submitting your film after you're no longer a student. Most film festivals allow you to submit under the student discount as long as your film was created when you were a student —unless specified. If you're not sure, just ask.

5. Shop and Narrow Down Festival Choices

Deciding which festivals to submit to is actually one of the hardest parts of the submission process. There are thousands of festivals to choose from, but your final list should contain a few. Although your personal budget may dictate how many you'd like to submit to, I'd say on a practical note, pick around ten film festivals, at the most.

The next most important part in this process is to carefully read the requirements for submitting to each. There is a phrase called, "premier status" floating around, and can be both a dream and bank killer.

Many festivals will not even consider accepting a film if the film has had certain premiers outside of its guidelines. Some examples of these guidelines would be, "New York Premier," "World Premier," "Regional Premier" etc. Although some festivals do not have any preference, others will take your money and stay quiet about you submitting with no chance simply because you didn't read the fine print. Fortunately, it's not "rocket science."

Nine-year festival runner, director of the Silicon Valley African Film Festival, actor and filmmaker, Chike C. Nwoffiah gave us the brutal truth from his side of the fence.

"When a film festival puts out a call, they have a guideline. That guideline says, 'This is our film festival, this is who we're looking for.' Over 50% of submissions we get are films from all over the place that have nothing to do with what we requested. Don't start sending letters and emails to festival curators trying to bend them to take your film. It doesn't help you, and as a matter of fact it becomes a nuisance. Film Festival directors sometimes talk to one another, so when filmmakers extend that to me, I sent it out to somebody else, and within six degrees of separation people are talking and then all of a sudden you become that filmmaker that is out garaging everybody with your films."

So here's a tip. When a lot of your festival interests have conflicting premier restrictions, and run around the same time, simply pick your favorite festivals to submit to first. If you don't get accepted into them, just submit to the ones you had to pass on the next year. 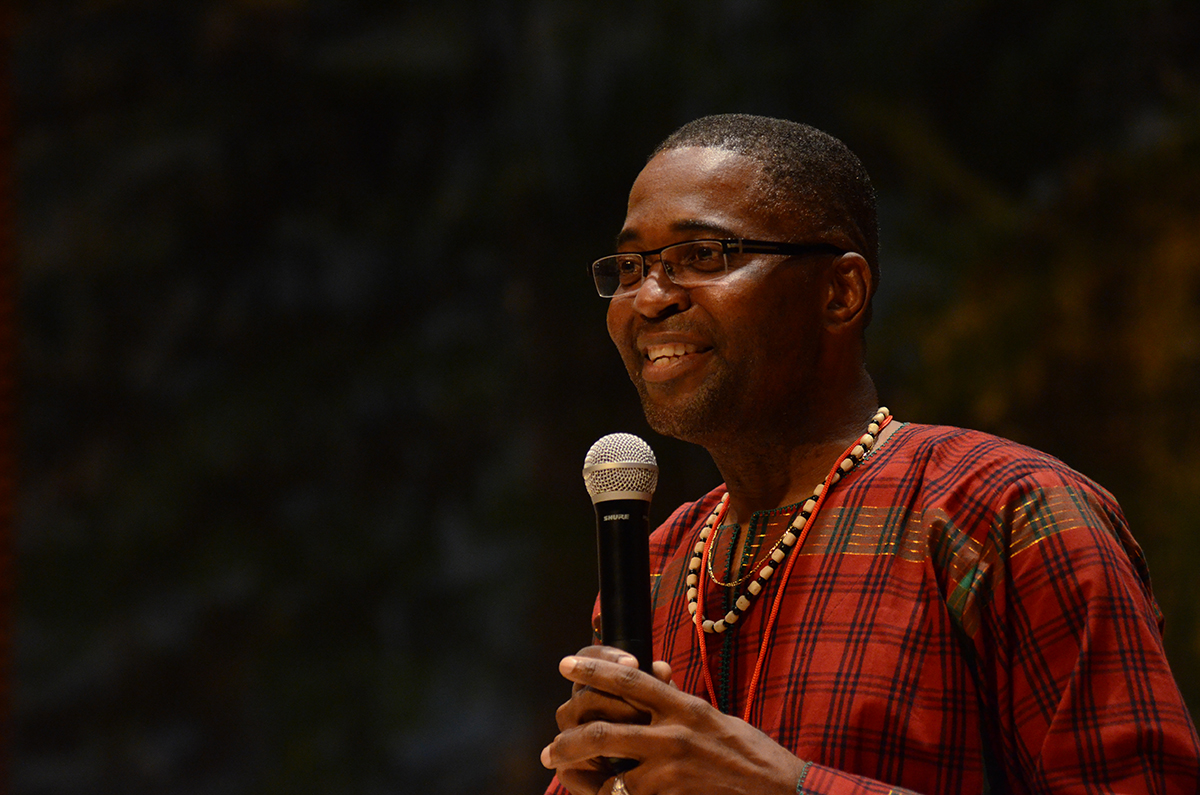 Nwoffiah is obviously a fan of filmmakers doing their research, going to the film festival's website, looking up their past line-ups and talking to past accepted filmmakers. As he hinted, apparently so are most festival heads.

Once you've compiled a list, truly consider your work. As African/African diaspora filmmakers, Aidah notes in the decision making process, "there needs to be some vetting that filmmakers of African descent do with festivals. They shouldn't be so willing to just let their content live in spaces that are not sacred, places where they don't care or treat these films worthy of being elevated. And that's something that is up to the filmmaker." She also points out that festivals have a pattern.

"So as a filmmaker, I would be looking at some of the slate from previous years to see, oh, okay, well, this film festival in 2015 had a range of international projects and films that they were presenting. Why would I spend my hard earned money submitting my project to this festival that does not, based on their history, show any care or concern for the type of content that I'm creating. Everybody is in some type of category. I don't care if it's a genre, or if it's a demographic, or whatever it is, you are placed into a category. And if that festival is not treating that category of films that you're so vested in as important, then why would you spend your $60, $70, or however much money it costs to submit your project there? Because the likelihood of it not being accepted is very high if historically they haven't shown any interest."

Secret: If you find you are submitting around the more expensive, later deadlines to most festivals you're interested in, just wait until you can submit earlier next year. Films usually have a 2 year lifespan in the festival circuit. Save your money!

By far, this is the easiest step. The best thing to do—follow any and all posted directions.

Don't know where to submit? FilmFreeway and Withoutabox are the two main websites to find both information on existing film festivals and submission requirements to thousands of festivals around the world.

Probably the most important piece of information to remember is that festival programers are human. They work in the festival circuit because they care about filmmaking. A big takeaway from Nwoffiah's words is that festival programmers hate harassment just like anyone. Sometimes the best impression is to be humble, passionate and confident in your first interaction with the festival— which should be when you've first submitted your film. This may seem self explanatory, but it is important to evaluate what you are trying to get out of the film festival experience. As Chike put it, "You need to be clear about what you're doing, and don't just put it in film festivals for the heck of it...because the film festivals offer you so many layers of opportunity."

To make things simpler, we've curated a list of our top favorite diverse film festivals worth submitting to.