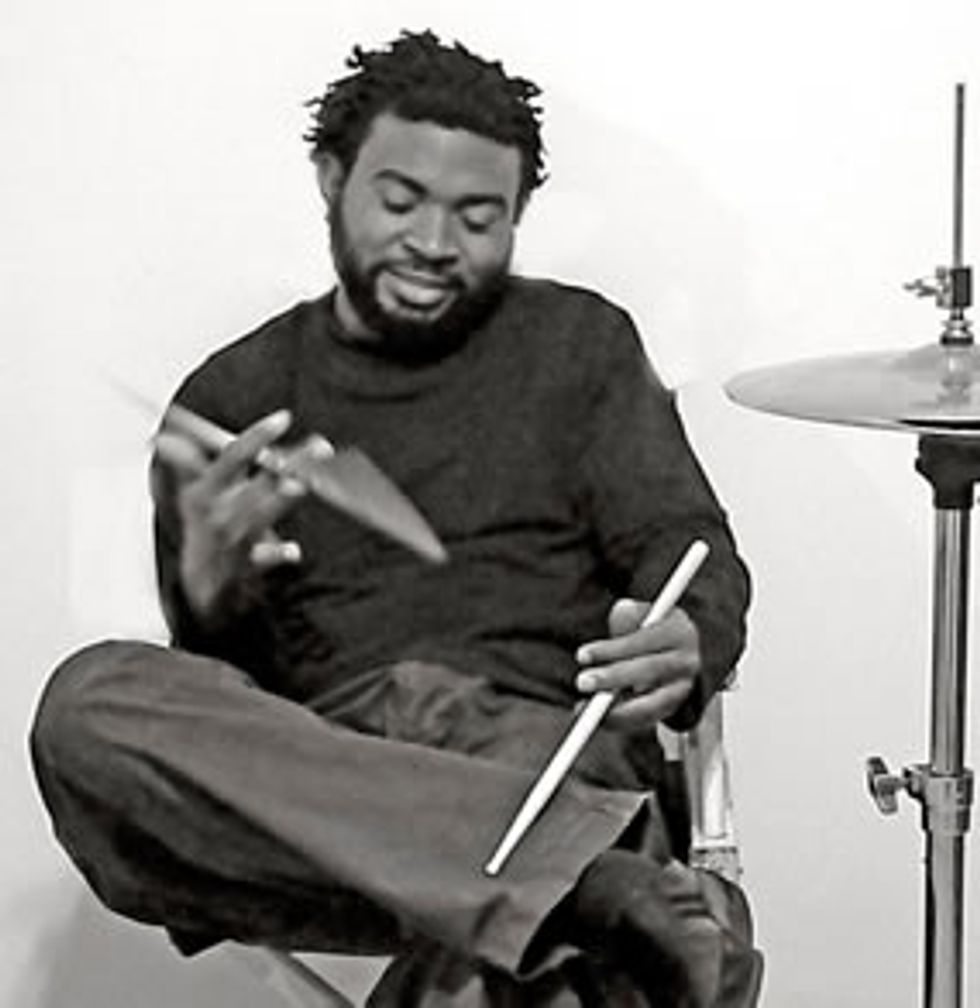 Tosin Aribisala has been doing big things. The former Femi Kuti drummer is now part of two bands; his brainchild, African Rhapsody, where he combines African musical idioms with jazz, gospel, neo-soul, and other contemporary music genres, and Elikeh, a roots-afropop band merging the traditional rhythms from Togo with the sounds of 70's afrofunk. Elikeh (photo above) has just released their new album Adje! Adje! and have been touring in support of the release. Here's a quick preview of what you'll see in the live show, below.