Okayafrica TV: Just A Band - From Nairobi To New York 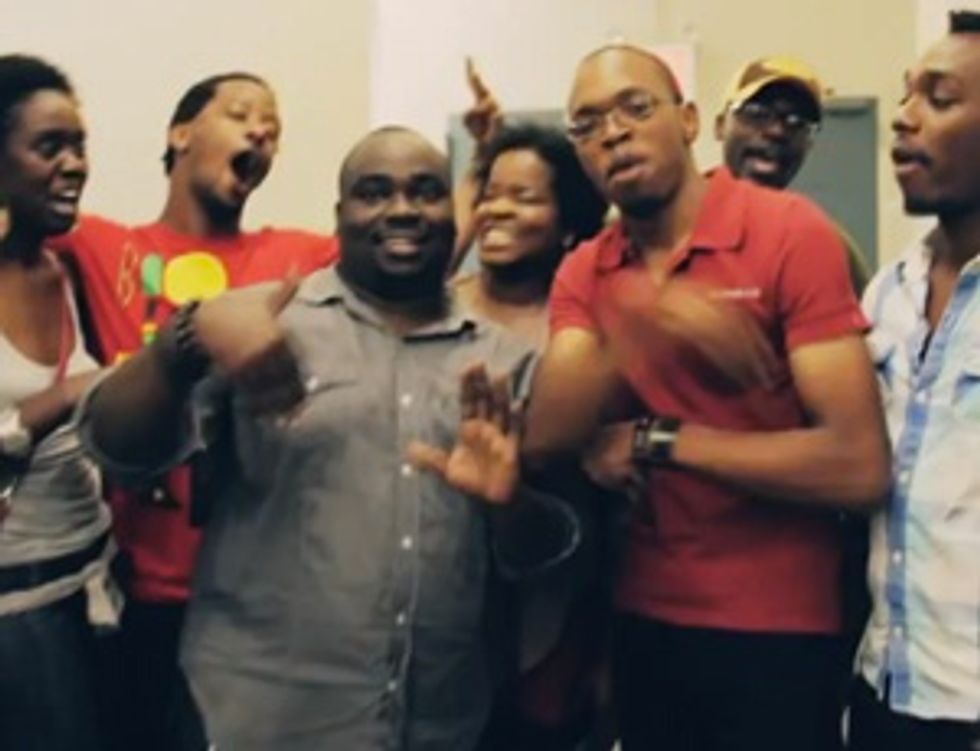 Just A Band made their (first ever) trip to New York in early September to exhibit their video-art project Kudishnyao! and play a few gigs around the way, including our very own OKAYSUMMER Pop-Up Party.

Commissioned by the Goethe Institute, Kudishnyao! is a video installation that depicts a single story on six, perspective-differing screens. Okayafrica TV posted-up at the exhibit's opening night and watched as the crowd interacted with Just A Band's stories of "fate, love, deceit, and escape."

The art show proved to be an exciting juxtaposition of modern Kenyan music and the Western modern-art world, as the band explained: "we've been handed down a million definitions of what African music should sound like, what African art should be like... if you go anywhere, from South Africa to the top you'll find different young people are... finding their own way and reinventing their African belief."