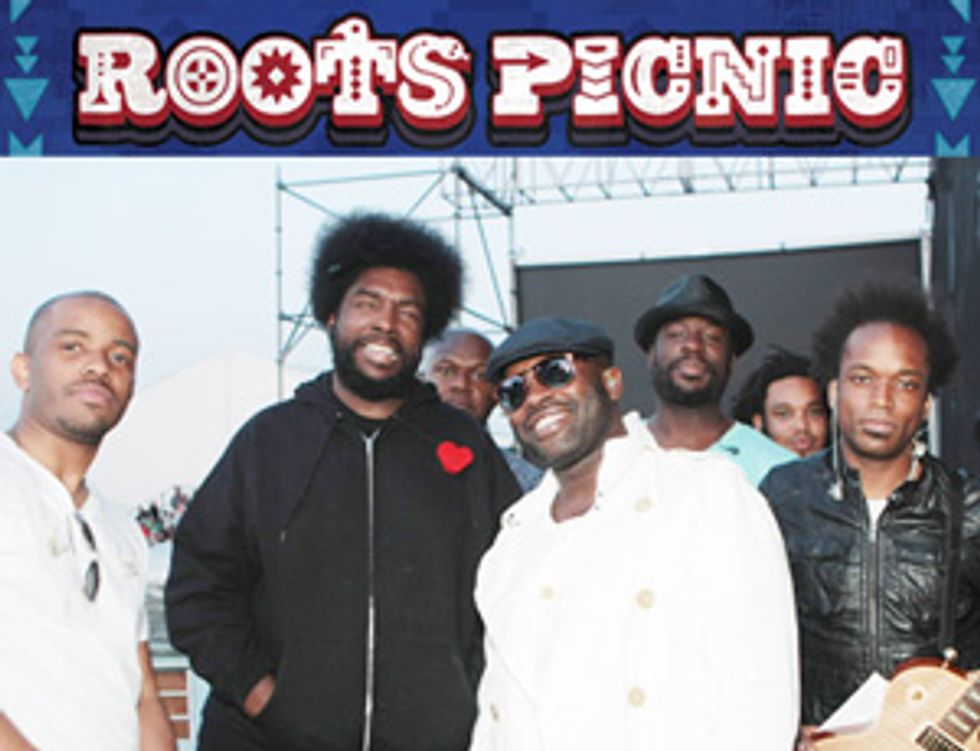 Looking back on The Roots Picnic, it's hard to believe it was only 2 days long. We coulda sworn that the Okay crew was out in Philly raging for at least a week. The recap video says it all - watch it above and read the full story by Okayplayer's Eddie "STATS":

First of all, let’s talk about these ill capers. And by ‘ill capers’ I mean: The mind-blowing live performances, collaborations, DJ sets and spontaneous raves that unfolded during the 5th annual Roots Picnic on Philadephia’s festival pier at Penn’s Landing last weekend. And by ‘talk about’ I mean: Beam the sights and sounds of this ill Okayplayer TV recap directed by Emmai Alaquiva (full credits after the jump) directly into your brain. Because if we actually sat here and talked about every mind that got blown over those 2 days–the historic convergence of De La Soul, Yasiin Bey & The Roots onstage, the rain-soaked mini-freaknik that will henceforth be forever known by people that were there simply as ‘Diplo-tent’ (ex: “Were you at Diplo-tent? That sh*t was crazy!”), the shout-every-word percapella of Rakim x The Roots performing Paid In Full in full, and so many more–we would be talking for like 2 weeks. Luckily, you can relive it all in about 3 minutes and 41 seconds above–and stay tuned for more highlights to come!