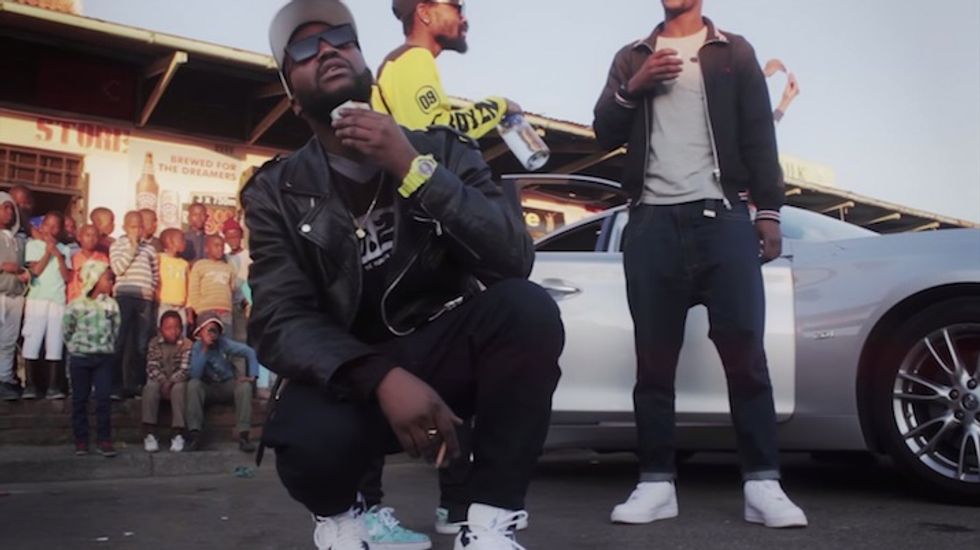 Okamlumkoolkat comes through with the parking lot visuals for "Free 100kMaCassette," the title track off his upcoming mixtape which sees the Johannesburg-based MC going in over a DJ Zharp Zharp rework of a song by kwaito pioneer M’du. The new music video follows Okmalumkoolkat and his crew as they dance roadside while the rapper drops freestyle gems (like a new self-imposed nickmane "Zulu Michael Jackson") over stuttering snare drums and a minimalist bass line. The Boyzn Bucks rapper has stated that the entire 100K MaCassette mixtape will be made available for free download when he reaches 100k followers on either his Facebook, Twitter or Instagram. Watch the video for " Free 100kMaCassette," directed by Simiso Zwane and Lebogang Rasethaba, below.