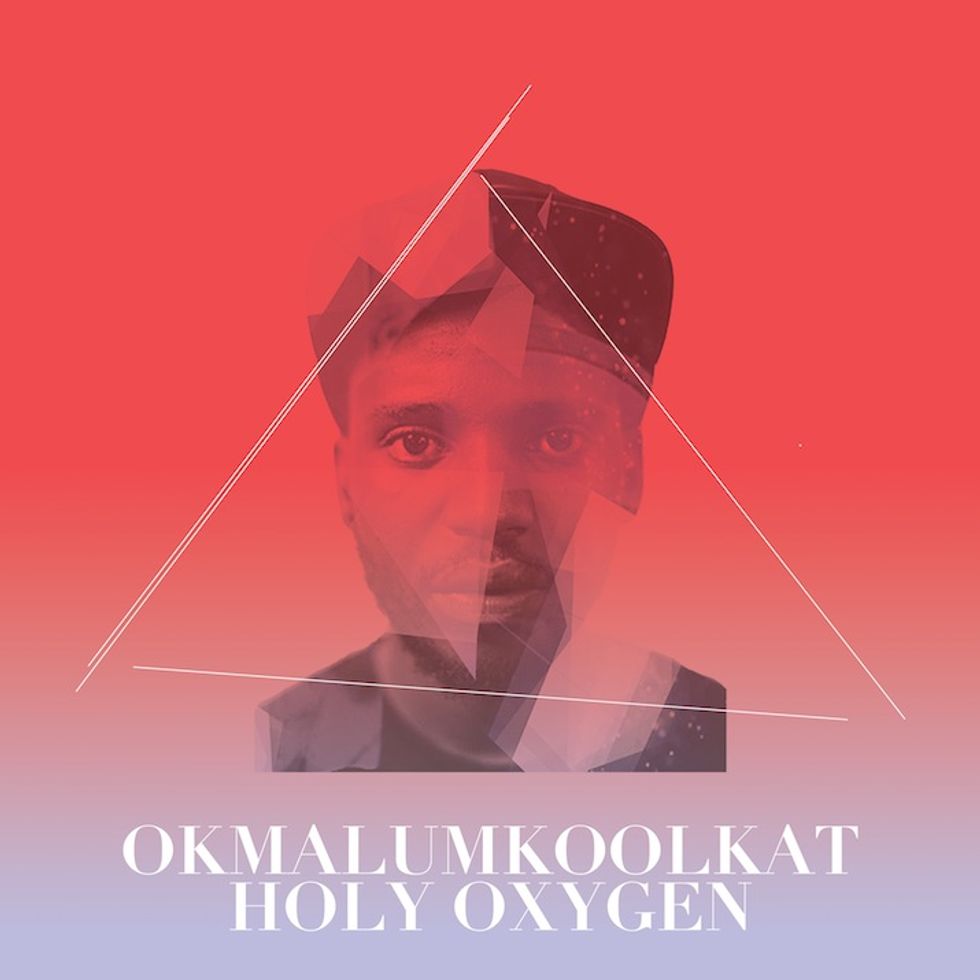 Okmalumkoolkat is fast on his way to epitomizing what Spoek Mathambo means by the Future Sound of Mzansi. The Durban-born, Joburg-hailing emcee/producer has featured on more than a few of our "greatest hits" over the years, landing on our radar back in 2012 as one half of experimental hip-hop duo Dirty Paraffin and a trusty collaborator to London/SA producers LV. He followed up his 2012 "song of the year" featured spot (on LV's "Spitting Cobra") with 2013's definitive South African street anthem, "Gusheshe," alongside Mafikeng's Cassper Nyovest. This year Okmalumkoolkat has begun making strides as a solo artist. Fresh off of signing a label deal with Vienna's Affine Records, the boyznbucks rapper is stepping into the spotlight with his EP debut. The 4-track Holy Oxygen I features production from labelmates Cid Rim (Lucky Me) and The Clonious, and we're excited to premiere a first taste off the release here today. On the title track "Holy Oxygen," Okmalumkoolkat rides high with his signature nonlinear wordplay on a two-stepping futuristic bassline. It's the official coming of a self-proclaimed "demigod." Holy Oxygen I, which you can pre-order here, arrives on August 4th via Affine Records. Listen to the title track and watch a teaser trailer for the EP below.