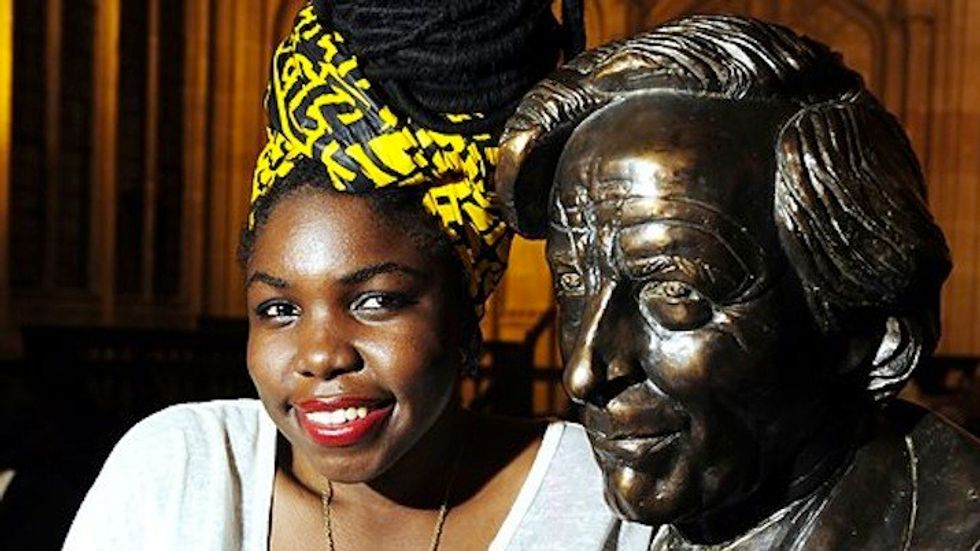 Three-months after the short list for the 2014 Caine Prize For African Writing was announced we have a winner! On Monday Kenya’s Okwiri Oduor took home the award and £10,000 for her short-story My Father’s Head. The prize, which focuses on African writers' whose short stories have been published in English, was announced at an award’s dinner at Oxford University’s Bodleian Library by poet/novelist and Chair of Judges for the 2014 installment of the award, Jackie Kay MBE.

First published in Short Story Day Africa’s publication Feast, Famine and Potluck, My Father’s Head follows the protagonist as she journeys through the muddled, murky waters of grief following the passing of her father. The delicacy with which the twenty-five-year-old writer handles a subject matter as elusive yet excessively conjectured and written about as death entrances readers as they become trapped in her dynamic prose webbed with moments of intense grief, loneliness, remembrance and acceptance.

Oduor finds herself in good company, joining the ranks of previous Caine Prize recipients NoViolet Bulawayo, Rotimi Babatunde, Tope Folarin and Binyavanga Wainaina (just to name a few). When speaking on the subject matter of writers from the continent during the festivities leading up to the award's announcement, the Nairobi-born author remarked, “African writers are in the spotlight now. There are more Africans writing and more Africans reading. There’s a hunger for these kinds of stories.”

Perhaps Oudor will satiate Africans' hunger for stories closer to home in her first full-length novel that she's currently in the process of completing. Until then you can listen to an excerpt of the award-winning story straight from Oduor herself below and read My Father’s Head in full here.