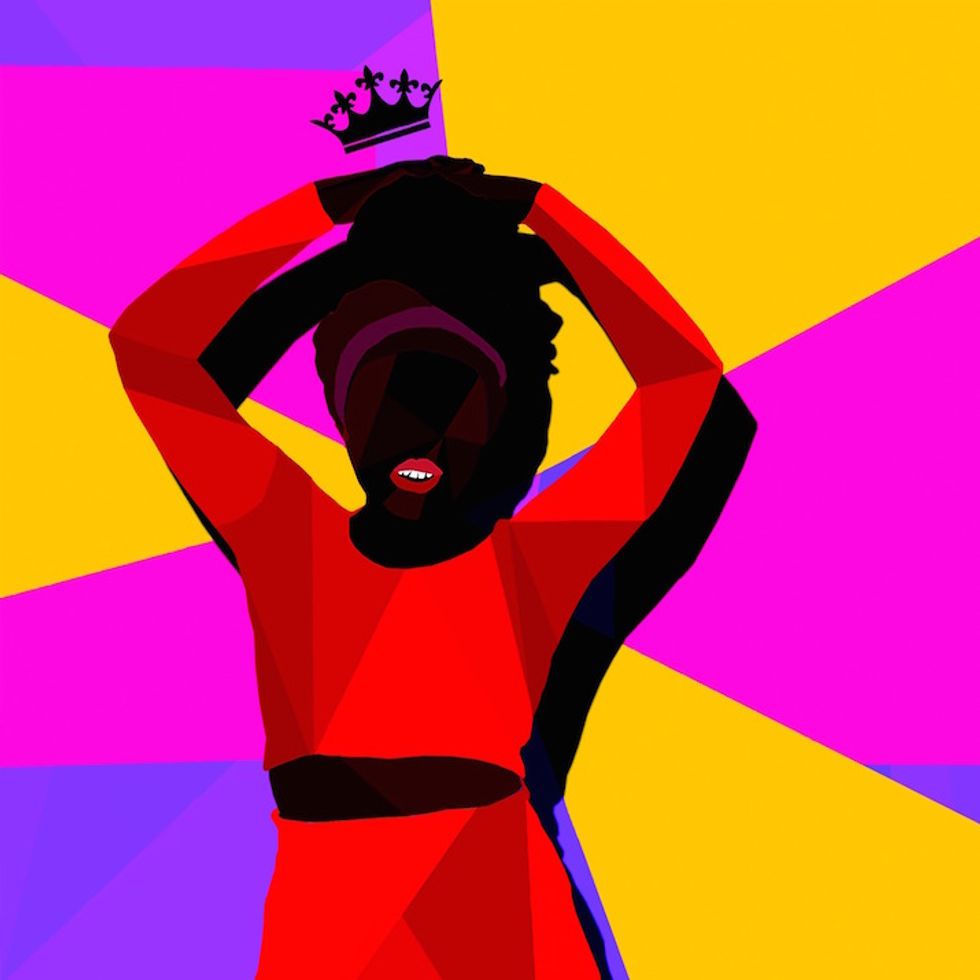 "Queen Shit" by Olawumi is a melancholic call for respect. The lead single off the Nigeria-rooted, New Jersey-based singer/songwriter's forthcoming CROWNS EP, the follow-up to 2014's NOIR EP, broods with wandering effects and crackling electronics that back the 22-year-old former photographer and self-described soul-trap star's dark croons. A press statement for "Queen Shit," which was produced by Nova and samples Drake protégé PARTYNEXTDOOR’s "Right Now," outlines the track as a "woozy drug-addled ode to independent women" and a nod to feminist thinkers. Engage in the majestic grayness of "Queen Shit" below and check out Olawumi's soundcloud for her previous singles "Come Back" and "Over."

Update 4/27: Watch the visuals for "Queen Shit," directed by The Afrolombian, below.