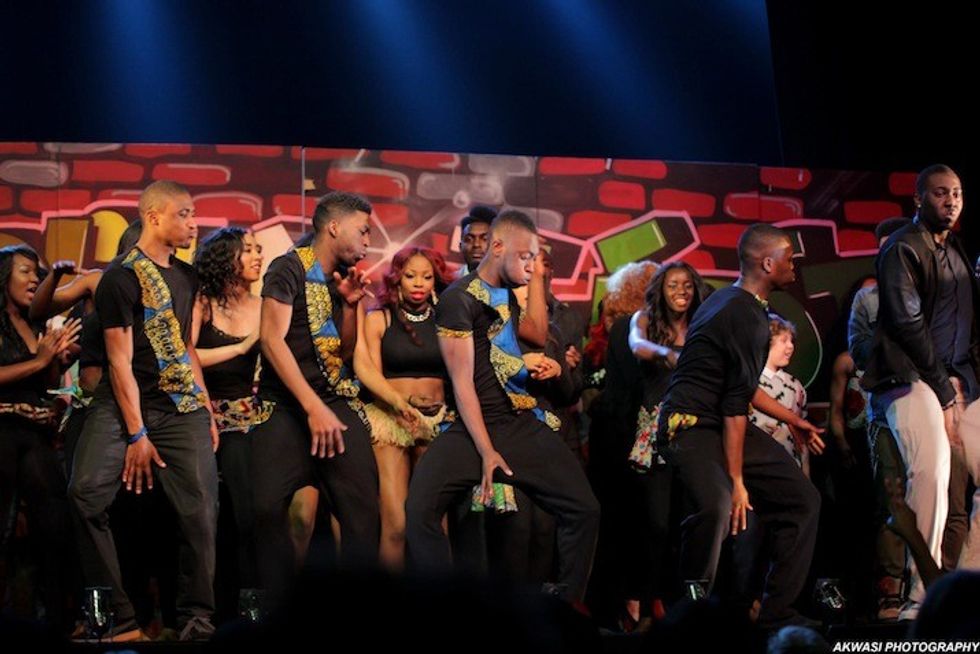 In 2013, Oliva Tweest became the first "afrobeats" musical to feature in London’s West End. Inspired by the Nigerian Koko Master D’Banj’s massive dancefloor staple “Oliver Twist,” the show opened in April to a sold-out debut performance. Next month Oliva Tweest returns to London for two exclusive dates on the 6th and 7th of September, 2014 at the Hackney Empire.

In conjunction with London's "afrobeats" events/creative arts organization The Marimba Project, the musical was written by young Hackney native Nana Duncan, and produced/created by Yinka Ayinde, who have come together once again to reprise their show. According to a press release, the London-set tale revolves around “the endeavours of Tobi, a cocky and promiscuous young man who wants and gets every girl he likes the look of. He tries everything he can, to get the attention of a young female songstress he meets at his favourite bar and in his attempts, he discovers her world of lies, ambitions and parental pressure.” Tolulope 'Tboy' Ogunmefun, also known as London Live's TV star T-Boy and YouTube sensation 'Mr. Don't Jealous Me,' has been cast in the lead role of Tobin. He stars alongside "Afro Brit" songstress Vicky Sola, Côte d’Ivoire's Tom Moutchi, and dance duos Home Bros. (Unkle TC and Kurtis Agyekum) and G.O.P Dancers (Patience James and Fumy Opeyemi). The first run of the show brought surprise guest appearances from the likes of A Dot Comedian (aka Afolabi Dasaolu), Mista Silva (who performed a song during the show) and actress Dorcas Fapson from MTV Shuga. Perhaps most notably, the cast and the Oliva Tweest live band JGen are set to perform re-imagined live renditions of music from the likes of Fuse ODG, Davido, Wizkid and Tiwa Savage.

Find out more information on Oliva Tweest via their official site, twitter and facebook event. Purchase your tickets to the 6th and 7th September shows at the Hackney Empire here, and watch D'Banj's "Oliver Twist" video below.