AFRICA IN YOUR EARBUDS #77: Olugbenga 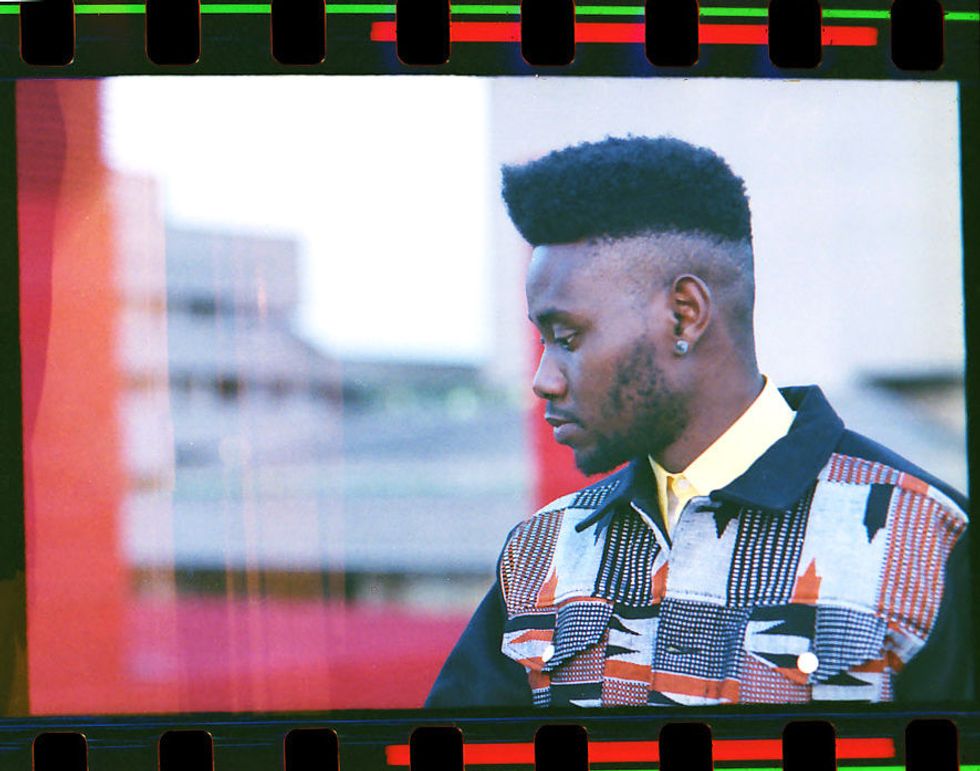 Olugbenga, the UK-based producer, DJ and Metronomy bassist, delivers a new Africa In Your Earbuds mixtape ahead of his South Africa tour.

For the latest Africa In Your Earbuds, Nigerian-born, UK-based songwriter, producer, DJ and Metronomy bassist Olugbenga shares a new mix ahead of his South Africa tour.

Olugbenga Adelekan is a restless musician. You might not hear it in the measured tone of his speaking voice, but a listen to any his mixes quickly reveals the truth. It's something he hinted at when talking about his Olu’s Omniverse mixtape from 2015, which he assembled shortly after the birth of his first son. “I haven’t seen the inside of a club in months," he wrote in an email to Okayafrica at the time. "I’ve spent hours (and hours!) listening to tunes from all over the world, panning for gold.”

None of this is surprising, of course, when looking at his career and influences. Between playing bass for Metronomy and adding production to projects like Solange’s latest masterpiece, A Seat at the Table, Adelekan still finds time to be a forward-thinking electronic producer and, as a club DJ, a prolific dispatcher of African dance music. This isn't even to mention the constant remix work he’s commissioned—of particular note, Janelle Monae’s "Dance Apocalyptic" and Laura Marling’s "Devine" have both received the Olugbenga treatment.

"I started, like a lot of black people I guess, making music in church," he says of his early years. “I was singing in the choirs and then started taking piano lessons at school… We also listened to hip-hop and R&B when our parents weren't listening with us. I had never made the connection about how music was made. Not how it was played, but the process of actually recording and making the kind of thing you heard on the radio."

Moving to the Netherlands from his native Lagos when he was eight and attending an international school there meant easy access to an entirely new world of popular music—pushing his ear towards the sounds of the late grunge and pop rock scenes.

Adelekan’s output since then reflects this—once he worked out the mechanics of record-making. Rock and gospel influences are nestled together with rap, electronic and even classical forms. This already unwieldy set of sounds would be pushed even further through the type of curiosity a restless mind welcomes. “It was a mystery to me how electronic music like Aphex Twin and stuff worked, and I was listening to a lot of that in my late teens. Guys like Aphex Twin, Boards of Canada, even Radiohead when they started being influenced by the stuff coming from Warp Records, but I didn't know how any of that got made.”

This curiosity, combined with a move to the UK at age 16 and a friendship with the dubstep producer Ean, led to him discovering the world of Ableton and digital production. “It was also a practical thing” he adds when I press him on his move towards the electronic. “I started playing with Metronomy at the time and it wouldn't make sense for me to form another band, but I still wanted an outlet for music I was writing. That’s how I gravitated towards electronic.”

What’s happened recently with his style has been a wonder to watch. Using mixes and mixtapes as a medium, Adelekan has begun to define himself as a curator of production from his continent of birth—putting that gold he’s been panning for on full display.

“Lately I’ve become more keen on fitting stuff by African producers into my DJ mixes and sets. The way that I came across what was happening in South Africa with the music and the producers was literally talking to all my friends who were DJs and looking out for anything electronic that was from Africa in interviews that I read. Gradually I was beginning to piece together that there was a scene in South Africa. That was the thing I had been looking for.”

His Olu’s Omniverse series of mixtapes has served as a journal during this new phase of music discovery from the African Diaspora—each with a geographically-differentiated focus. While South Africa might have been mentioned by name when we spoke, his mixes have struck pay-dirt in a number of scenes—including the afro-Lusophile revolution happening in Lisbon. The third edition of his mix series, Nairobi Live, managed to weave its way from Aero Manyelo through to Bicep and back.

While the idea of a mixtape as its own medium is not a new one, Adelekan approaches his in an uncommonly conceptual way. His second Africa In Your Earbuds seems, on paper, as if it should be disjointed, but hearing him describe it invokes images of a P.I. connecting clues on a board.

“Conceptually I wanted to put one of the interludes from the Solange album on, and they’re all about black taking pride in being black. Which made me think of this Jay Z and Jay Electronica song ["We Made It"] because Jay Electronica’s verse touches on a similar themes of black empowerment. Which also made me think of this song he did with Don Jazzy, so I thought I could add it and flip from the Jay Z to the Don Jazzy. And then it's just about picking stuff that fits well together.”

It fits, and more than well.

This month, Adelekan is taking on his first tour of South Africa, his latest muse, in collaboration with the Cape Town-based agency, Black Major.

Jumping Back Slash - "Hit the Gold"